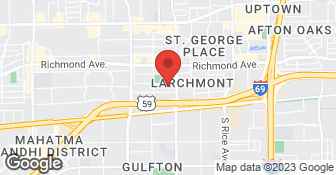 When someone treats you well, you want to return the favor so I will do so with a fantastic review. In my case, Jay Meir of Excel Automotive saved me over $600, 3 days of my time and plenty of inconvenience. Let me explain. My vehicle driver door began to make a very loud popping noise every time it was opened or closed. I contacted Sterling McCall Toyota (the dealership where it was purchased) and they told me it was beyond their onsite repair and needed to be taken to the Sterling McCall Restoration Center. There I was told it was a weld that had come loose inside the door. The repair would be $500 and three days of car rentals while the repair was being done. Needless to say I didn’t schedule the repair. Searches resulted in many shops that could do this extensive welding repair, but few had more than a 3-star review. Excel Automotive Technology was not only close, but had many exceptional reviews from very satisfied customers. I stopped in after work today. Jay took one look, said “I’ll be right back.” and walked off to grab tools. He returned, worked on the door (hinge area) for a couple minutes, stood up and asked me to shut the door. It was fixed. Yes, fixed. He said he’s seen the problem before with Toyota’s. (He replaced a nut (or bolt?) that helps hold the arm in place that had loosened and fallen off. I asked him what I owed him and he said “Nothing.” and smiled. “But you saved me over $600!” Again, he said oh, it’s nothing and smiled. As I glance down at their business card I see that it says, “Where quality comes second…only to honesty.” Thank you Excel Automotive. Thank you Jay Meir. You have gained a new customer.

Description of Work
Loud popping noise when opening or closing driver side door.

Went very well. Each step of the way I got to speak with Jay and we discussed several theories that could explain the problem and we took a methodical approach to resolving the issue in as cost effective manner as possible. Initially replaced the tensioner per the recommendation of a MB service TSB that seemed to match the symptoms. This did not resolve the issue so Jay continued his own investigation and ended up soliciting the advice of several colleagues who had more experience with this particular engine than he had (by his own admission, he hasn't had many 4-cylinder MB cars in his shop) which gave us confidence in going ahead with the otherwise pricey replacement of just the intake camshaft adjuster. Anyway, what I really liked was that Jay and I could talk at a relatively technical level regarding the problem symptoms and the possible fixes. This alone gave me a great deal of confidence in both Jay's abilities and helped to really justify the work that he was doing. I can't possibly recommend Excel Automotive enough. They've made a customer of me for life!

Description of Work
2013 Mercedes Benz C250 began to exhibit hesitant start that would be followed by a second or two of a rattling noise that sounded quite a lot like a loose timing chain. Worked with Jay over several weeks to perform a methodical diagnosis of the problem. Work ended up involving replacement of timing chain tensioner and intake camshaft adjuster.

The owner either took my call when I called or returned my call within an hour every time.

They were accommodating. The only thing was, the oil weight they used, you know, the viscosity is kind of heavy, and when I asked them what kind of oil they used they said, well it's a standard oil. I had the guy ask exactly what the weight was, and it was like 10/40, which is pretty heavy. I had them drain it and put in the oil that actually goes with the car that's recommended. They did respond to my concern.

Description of Work
I had them drain it and put in the oil that actually goes with the car that's recommended.

It took longer than expected but Jay knows his jobs well. He was also helpful & honest. I would come back for other services.

Another good experience with Excel. Jay did it within a day. The car runs like new now.

Description of Work
I brought my Cad STS 2005 in for replacing the engine mounts, which had been causing vibration.

I took it to Excel and they correctly determined it to be caused by low engine oil. (The oil level was not low enough to trigger the warning on the dashboard.) They added a few quarts and the car is running fine now. Thanks so much Excel Automotive.

Description of Work
This was the second time I used Excel Automotive Technology. My Cadillac STS started to have rough idling. It stalled one time while I was driving over a speed bump.

They fixed the problem and had me back up and running. They were persistent and took the time they needed to find the problem and repair it correctly. They are our new full service auto shop in Houston! Lovely people to work with!

Description of Work
Jay and has team were able to diagnosis a problem with the intake valves and gaskets that other mechanics could not find. If you are looking for a competent, reliable and honest Automotive repair shop please try Excel, you won't be disappointed

They: - mounted two new front tires - changed synthetic oil - fixed blinker problem caused by a burnt bulb - diagnosed check engine light and found the problem was due to cylinder misfiring due to low oil. - Performed inspection Martha and Jay were friendly and professional. They showed true care for the customer. The prices were very reasonable and the turnaround quick.

Description of Work
Caddilac STS had rough idles, CHECK ENGINE light on and other minor needs.

I didn't get the warm and fuzzy feeling that everyone else got from Excel. I brought a 1985 Chevy Celebrity to Jay. It had been sitting for a while and had a fuel delivery issue. The car is a lowrider, and has some customization to it (suspension), but nothing that I thought was too serious, and nothing that other mechanics ever had a problem with working on. When I initially dropped the car off I met with Jay (after having talked on the phone and through e-mail a couple of times). I'm guessing he was pretty busy because of flood cars (after the flooding in May). I almost got the feeling he really didn't want to work with me too much or discuss the issue. But again, I think he was just busy. When they began working on my car, he would call with updates. I know the deal on these old cars, so sometimes you fix one thing, and find an issue, so I knew that would be coming. His prices were very reasonable however, and I wanted the work done, so I had them to continue to push through the issues. At some point during the process, I could tell Jay's frustrations. We were talking and he mentioned an idle issue (car idling too high). We talked about a fix for it and what could be done. I asked him some questions and once got a response of, "Look, I don't know. I was asked to get the car running. When it came here it wasn't running, and now it does." Also said, "I don't know the history of this car, just from what I've looked at." But, isn't that the same as every new car that comes in? Surely he's not looking up car fax's and title history for every vehicle that rolls through the shop. We agreed to keep pressing on the work. He said, however, that he would not continue to work until he got paid. About $1.3K of work was done so far. I understood, since this was the first time we had worked together. So I met with him that week, and settled up for what was done so far (essentially site unseen). Then, weeks passed before he worked on my car again. When we spoke, he essentially said he had some big projects come in. OK, but I literally already paid you for some work, why would I get pushed back? In the end, the final work was done and I went and picked up my car. He let me pick it up at my own pace, and acknowledged that I was patient with him, and so he would be patient with me in picking up the car. Took me about a week to get over there (not for lack of money, since final payment was only a couple of hundred bucks, just timing with work, since they close at 6 or whatever and aren't open on weekends). This was probably the saving grace there, as I kind of got the feeling he knew it took too long. Overall I gave Jay a B for the services, essentially for pricing and the work done. Maybe would have been lower had it not been for him being understanding with timing of me picking up the car in the end. Probably wouldn't recommend for an older car, but something for a newer vehicle and if you live close by, should give it a go.

Description of Work
My vehicle had a fuel delivery issue. Jay and his crew worked through it to determine the issue and fixed it, as well as a idle issue.

Gary’s Transmission Service Inc is family owned and operated. We have been in business since 2004. Our technicians have a combine experience of 100 years repairing transmissions.  …

DEDECATION ON EVERY WINDSHIELD REPAIR AND INSTALLATION. ALL WE DO AIMS TO AN OUTSTANDING CUSTOMER SERVICE. At A Texas Staunch Auto Glass We honor all major credit and debit card companies, checks, cash. We are members of the AUTO GLASS SAFETY COUNCIL We are members of the NATIONAL WINDSHIELD REPAIR ASSOCIATION We are accredited business of the BETTER BUSINESS BOREAU. We provide limited lifetime warranty* on the products we install.  …

Excel Automotive Technology is currently rated 4.9 overall out of 5.

No, Excel Automotive Technology does not offer a senior discount.

Are there any services Excel Automotive Technology does not offer?