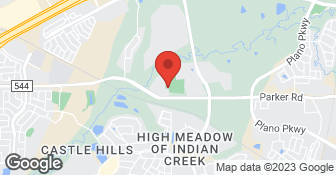 Toothacres Pet Care Center provides the finest indoor and outdoor boarding environment for your pet. With over 45 years of experience, the Clem family has created and maintained the highest level of excellence in the pet care industry. We are pet owners too, and we hope that your pet will become part of the Toothacres Family for years to come. Additional email - mhanifin@toothacres.com. Additional DBA - Toothacres Cares....

I couldn’t have asked for better/higher quality of care and service from beginning to end! This was my first experience with All Care Veterinary Hospital as well as Toothacres Pet Care. Had no idea where to find such a service. My sweet Maggie’s ashes were returned to me in just a few days. I was impressed with the top quality of container/lush pouch container was placed in —- plus —- personal touches to reach out to/help me cope with this huge loss. I’m beyond words grateful my Maggie ended up in final care with Toothacres Pet Care. I’m grateful to my daughter for sending me to All Care Veterinary Hospital and I’m so appreciative of the quality of service All Care used for the final care of my Maggie. Thank you Toothacres from the bottom of my heart!

Description of Work
Having my awesome fur-baby cremated

My baby died early one morning and I rushed her to the vet to have my beloved pet cremated using their animal cremation service, which just happened to be Toothacres. I dropped her body off around 10:30 that morning, and then contacted the vet clinic that evening around 5. They told me that someone from Toothacres called and said they couldn’t pick her body up that day because the clinic was not on their route that day. The level of disrespect for my fur child was more than I could handle. It caused so much distress to me knowing that my baby would have to lay in the clinic overnight and that whole day I dropped her off without being refrigerated since the vet does not have the equipment for that. I will never use this company EVER again!!!! And let’s not forget it took almost two weeks to get my baby’s cremations back. If they pay Angie’s List to have this rating and my comments removed due to their horrible response to my loss and grief, then I’ll just put it right back on here over and over. People need to know how horrible your customer care is.

Mr. [Member Name Removed] we are sorry to hear about your displeasure with our service, but I must take exception with your claims against us. After speaking with your former employer at the vet clinic in question, it was made clear to you that it is very common on extremely busy days to reschedule pet pickups for the following day, which we did. Your beloved pet was not kept out all day and night, but was placed in a safe state of refrigeration which the clinic did have available and you were aware of as an employee of said clinic at the time. Your claim that they did not have that available is completely false. Also, the reason it took so long to get your pet back to you is that you requested a special-order pet urn which had to come directly from an out of state manufacturer. We returned your little friend to you as soon as humanly possible and no later. Please refrain from making blatantly false statements against us in the future, but feel free to voice your opinions at any time. We here at Toothacres are very sorry for the loss of your beloved companion. Please accept our condolences.
5.0

, they took very good care, we have been using them for about 7 years and NEVER had a problem.

Description of Work
Boarded my two dogs , they took very good care, we have been using them for about 7 years and NEVER had a problem.

They are excellent and we use them all the time. The cost of service is good, about $30 or $50 a day which is great. We love them there and our dog always comes back great so that is all I care about.

Description of Work
We sent our dog to Toothcare Pet Care Center.

They did a good job taking care of my pet for boarding. I wish the price weren't so high and location was closer to me, but overall they have a good quality pet boarding.

Excellent facilities. The care seemed to be more than adequate for our dog.

Description of Work
Boarded our dog while we were away.

Staff was great and helpful at every encounter from the initial tour to the day of checkout. I was out of the country, and a family member called to check on my dog during the week and made one visit for exercise. She had great things to say about how she was treated and questions were answered even though she wasn't the owner (she was the emergency contact). Facilities are clean and well maintained. They even accommodated a last minute exit bath the morning of pick up (I didn't see it in their website earlier or I would have scheduled it when arranging the stay). Would not hesitate to use them again and have given their name to a friend who was looking into boarding for her vacation.

We appreciate you taking the time to write such an extended review of our facility! Your feedback always important to us. I am sorry that your pet came home smelling badly. That is not normal and we are sorry that it occurred. We do generally recommend that the pets receive a bath when getting the daily playtimes as they have a tendency to get much dirtier that usual. Should you consider our facility again we would be happy to offer a complimentary bath for your trouble. It is true that we do not physically take the pets out as much as other facilities but that is because they are provided such a large are to stay in compared to most modern kennels. The recent movement in kenneling is to provide smaller living spaces and extended out-of-kennel time, often with group play. We were a pioneer in offering a large space to stay, allowing the pets to have free run, in and out, as much as possible so that they are not dependent on someone letting them get out for bathroom breaks. I can assure you that our staff is constantly interacting with everyone so they still get plenty of attention! We hope that you might reconsider staying with us in the future. We will be happy to see you again!
5.0

We've used this place a few times now and they're really great. We love how transparent they are so that you can see how clean and well kept the facilities are. They escort you back to drop off and pick up your dog so can get a very good look at exactly what conditions they'll be staying in. The price isn't the best we've found but the only better are all far out in rural areas so we consider the cost difference as paying for the convenience.

Description of Work
Boarded our dogs for five days.

It's a good place. Their pricing was moderate. Their quality was excellent. They were okay, they did what they're supposed to do.

Description of Work
I brought my pet to Toothacres Pet Care Center for boarding services.

All statements concerning insurance, licenses, and bonds are informational only, and are self-reported. Since insurance, licenses and bonds can expire and can be cancelled, homeowners should always check such information for themselves.To find more licensing information for your state, visit our Find Licensing Requirements page.
General Information
Free Estimates
No
Eco-Friendly Accreditations
No
Payment Options
Check, Visa, MasterCard, American Express, Discover
Senior Discount
No
Warranties
No

Toothacres Pet Care Center is currently rated 4.7 overall out of 5.

No, Toothacres Pet Care Center does not offer eco-friendly accreditations.

No, Toothacres Pet Care Center does not offer a senior discount.

No, Toothacres Pet Care Center does not offer warranties.