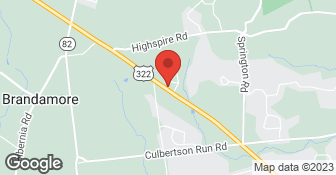 This groomer only operates on weekdays, so it was difficult for me to find a day I was available to make an appointment. I made an appointment with them several months ago and a few days before my appointment they cancelled it because they had forgotten that they were going to be closed on the day I scheduled. Then, I tried making an appointment again in February. The morning of my appointment they called to cancel again because the groomer was sick. Fortunately, the groomer allowed me to bring my dog in the following Saturday as a special case. Despite all that, they did a great job grooming my dog. They did a better job with her nails and behind her ears than previous groomers. They called me during the appointment to address an issue with her undercoat and asked to cut her shorter than I had asked for, but it really fixed the problem and it has been much easier to maintain.

Description of Work
Grooming for my pomeranian

They're very easy to work with. They do a temperament test on the dog before they're accepted into the day care. They supervise the dogs quite well when. They have great hours.

Description of Work
It was for nail trimming and dog day care.