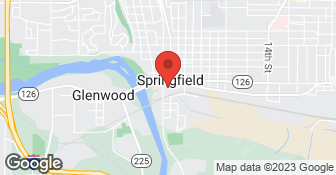 Description of Work
a new clutch

Our truck was leaving rust stains on our driveway. We thought it was coolant. They helped me figure out that it was rust and where the source was and fixed the problem.

The body and the interior of the car was excellent but now oil was leaking into the radiator and we were told it could be a blown head gasket or cracked engine block which for us was going to cost too much money for the 18 year old car. We decided not to get it fixed. Sun Automotive was very helpful and helped us make a decision about our car that we are very happy with.

Description of Work
Told me the car is not worth the expense and recommended selling it to a used auto dealer for parts.

Good. They checked everything and explained what they did.

Description of Work
45 point check on my car.

There was noise coming from underneath my car. There was a $50..00 charge for putting the car on a hoist and inspecting it for damage. That to me was reasonable because if I didn't have them do the repair they would be out the cost of the inspection. Sun Automotive dropped me off and picked me up from my work place as part of their service. I worked about 2 1/2 miles away from their location on Main Street in Springfield. When I called them to make an appointment I was told I could come in because they could fit me in. The car was there all day and they called at about 4:00 PM and told me it was fixed. It was a broken exhaust clamp and they welded it up and the problem was solved. They picked me up from work. The only charge was the original $50.00 for the inspection. I was very impressed with their service and I would definitely use them again.

Description of Work
Repaired noise coming from underneath the car.

the guys at Sun Automotive are awesome. They are h9onest, responsive and explain everything. Always leave feeling heard and that we have a plan that is clear to everyone.

I had the car towed in, They drove me to work and called later with the estimate. I was pretty upset about the price, but when I went back in they showed me what had happened, I felt it was not unreasonable. This opinion was aided by the fact that another auto service place had warned me to get the belt replaced and described what could happened. That strengthened my opinion about what this company I hadn't worked with before was telling me. (And, yes, I felt like an idiot because I could have avoided this by getting the work done earlier.) They assisted with no-interest financing, which was a lifesaver. (It was a similar program to something I'd used years before elsewhere.) Altogether it was a nasty situation, but they helped me get through it smoothly.

Description of Work
I was driving on the freeway and my engine suddenly stopped running. Turns out a belt had snapped and taken out various parts of the engine. They repaired it.

Immediately and accurately diagnosed the problem, provided an estimate of repairs and scheduled appointment. Finished repair on time and according to cost estimate. The only small concern is that apparently one of the mechanics sat in the seat without a seat protector cover. This left the seat a little dirty but was able to be wiped clean. A small oversight in an otherwise flawless performance.

They did maintenance on my car yesterday.

Description of Work
I use the Sun Automotive located in Springfield.

They could not find a leak and put in the dye twice to try and find it. Took it back 2 more times for no charge and they could not find a leak. They gave me a ride to work. I feel they were very honest that they said I didn't have a leak. Someone else might have charged me a lot of money to fix something that wasn't broken. Very courteous and patient. I would definetly take my car there again if needed. I got a discount on the diagnostic test with a coupon.