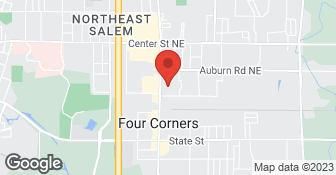 There are 3 dentist located at Salem Family and Cosmetic. Dr. Bell, Dr. Huyssoon and Dr. Kirchmeir. Each are seasoned doctors that provide comprehensive dentistry....

DESCRIPTION OF WORK
I've never before given a negative review about anyone and I've been going back and forth about giving this one now. However, I've been going to this dental establishment for 10 years and have had extensive dental work that has cost me thousands upon thousands of dollars. What is prompting this review is certain members of their staff. For instance, there's a dental hygienist there who persistently brings up politics while she's cleaning my teeth. It's upsetting and isn't what anyone ever wants to hear at the dentist's office. And just this morning I called to reschedule an appointment due to ice on the roads where we live. The receptionist was rude, told me that she was able to drive from where she lives, and spoke to me as if I was lying. When I told her I don't live where she lives, she told me the aforementioned hygienist lives where I do and she was able to drive to work. The hygienist doesn't live where I live.. Her behavior on the phone was uncalled for. Certain staff members need to be retrained - or perhaps trained for the first time - in appropriate boundaries and the correct and ethical way one deals with paying customers. And I need to mention that many of the staff are friendly and professional. But it's those employees who aren't that make for such an unpleasant experience. It's not right.

Dr. Bell was very open with information and support and he calmed my anxieties easily. Recommend!

DESCRIPTION OF WORK
I had some issues I was delaying having dealt with (out of fear), and Dr. Bell was very kind and helpful.

I think I described how it went on the previous question. It went great!

DESCRIPTION OF WORK
A molar tooth was infected causing much pain. New to area so I didn't have a Dentist here. (I do now). Started calling different Dentists in the area. No one could accommodate me for 4 to 7 days. When I called Salem Family on Lancaster they squeezed me in the next day. I did not have to wait, they were right on schedule. Dr. Bell was very quick to ease my pain. He was very nice, I felt at ease and he did a great job. All the folks there were very nice and helpful. I definitely would recommend their service.

As well as can be expected for a dental appointment. Timely, fast, I was not chastised for not flossing 3 X day. Dr. Stone checked me and explained some options for a tooth replacement (which I would definitely have him do but spendy). I was told that I would get an estimate, coordinating with my insurance company but have not received it yet. I recently did receive the estimate and what started o...

I found them on this site to begin with and had to go because of a broken tooth. They got me right in and made me feel right at home. Throughout the appointment they explained everything they were doing and then gave me choices one what my next step would be. When I was able to get insurance about 6 months later to my delight they carried that plan. I made appointment then and there. I went to my ...

DESCRIPTION OF WORK
I love the way they remember you from one appointment to the next and ask questions about your life. Also, they set you up with a payment plan if you don't have insurance. They are the happiest "dentist family" I know. I would recommend them to anyone!! Try it, you will love it.