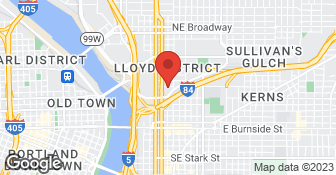 Land Rover Portland is Oregon and SW Washington's exclusive factory-authorized Sales and Service facility. Since opening in 1995, the company has been one of the most honored Land Rover retailers in the nation....

They replaced a variety of parts, charged me about $2000, and the problem recurred. I took it back and they did some more work for another $2000 , claiming that they had fixed the Prior problem and that this was something entirely new.. When there was yet another recurrence, and again it was a new problem, I decided to take my vehicle to another service provider in the city. Although it cost me $1500 to fix there, repair seems to be solid in the leak is not recurred. What bothered me mostly with Land Rover Portland was like catapulting failing to solve the problem, then claiming that the leak, identical each time, as a new problem on subsequent visits.. Range Rovers are incredibly expensive to take care, work were done correctly I would not be reluctant to pay. However, expensive plus failure to solve the problem equals going somewhere else.

Description of Work
I had taken my car in because a persistent cooling system leak. The leak visibly occurred near the front of the engine compartment adjacent to the coolant overflow .

The experience at this shop has been mixed. Since the costs at the LR service department is usually much higher than my regular shop, I try to only use them when it is something that they can only do. That said, my experience has in many ways been predicated on who I was speaking with. They have a number of customer service reps in the office, which can make it confusing. While two of them have been very nice and professional, a third was not that friendly and very disorganized. Either way, I ended up talking with three different people over the 7 days they had my truck, and while the work was good, nobody effectively communicated with me when it was going to be ready, why it was late or the changes in cost. They also forgot to look at one problem on my truck that I had noted to all three reps. Land Rover does good work, but the price is high and you may have to manage the communication process to ensure that things are clear and consistent.

Description of Work
Suspension work and welding on cross bar.

We bought a used Mercedes ML500 from them. Apparently, they usually sell their trade-ins through wholesale, but kept this one around. We paid a bit more for the vehicle here compared to other comps around. There were a couple of reasons we bought this one: * It was completely loaded...options that weren't on the ML350's we drove. * The interior and exterior were very clean. * They gave us an additional cleaning since it did have a bit of an animal smell in it. What most impressed us was the professionalism of the sales and management staff. I'm sure there used to selling $60K Range Rovers, yet they treated us exceptionally well.If you do buy an expensive car here, you can be assured that their behavior is not just because you have the "big bucks".

It went well. I think service has gotten much better here over the past couple of years. They now have somebody who will return calls in a timely manner. The woman who seems to be the primary communication person for the service department does a great job. My service coordinator person (who shall remain nameless) seems completely worthless. I have no idea what value he adds. But the newer person makes all the difference here. Their overall service model seems to have changed for the better as well. They are not cheap, but are really not much more expensive than other places. New brakes (rotors and pads) all the way around cost me about 10% more at the dealer than it would have at Les Schwab. For the extra 10% I'll take the assurance that they know all the ins-and-outs of Rovers and will do it correctly the first time. Work I've had done there in the past 2 years has been excellent.

Description of Work
I've had my car serviced here many times. This time it was for an engine rebuild (yikes!), which was fortunately covered by the warranty. I had some brake work and other stuff done while it was there.

BECAUSE IT WAS A RECALL IT WAS A WAIT FOR AN OPEN APPOINTMENT TIME. A SMALL DEALER WITH LOTS OF CARS COMING IN. IT WAS HANDLED VERY WELL. WE DROPPED OFF THE CAR IN THE EVENING AND PICKED IT UP THE NEXT DAY.

Description of Work
REPLACED FUEL TANK WITH AN IMPROVED DESIGN FREE OF CHARGE. A RECALL ACTION. THEY ALSO INSPECTED THE UNDERCARRIAGE AND OFFERED A DEAL OF FREE LABOR FOR FUEL PUMP REPLACEMENT.

LAND ROVER PORTLAND is currently rated 4.3 overall out of 5.

No, LAND ROVER PORTLAND does not offer a senior discount.