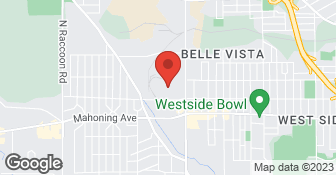 I had a similar experience to the other reviewer. I reserved a fab limo and a few days before the event called to confirm only to find out there was no availability. With this company, there is no reserving unless you PAY for the the limo. They do not make this clear. If you have PAID then all should be fine (as has been my experience) but they won't hold a reservation without a signed contract and/or payment.

Description of Work
I had a similar experience to the other reviewer. I reserved a fab limo and a few days before the event called to confirm only to find out there was no availability. With this company, there is no reserving unless you PAY for the the limo. They do not make this clear. If you have PAID then all should be fine (as has been my experience) but they won't hold a reservation without a signed contract and/or payment.

I used this service previously for service in July and had no problems. So I contacted them again thinking that I would have the same type of excellent service. I looked at my schedule to come home on 1/2/13 after staying 2 weeks in Georgia only to discover that the wrong time was listed for my pick up at Akron Canton Airport. I called the driver who was to pick me up and left him a message and also emailed the company that runs the Chauffeurs4hire out of Austintown, Ohio. I was picked by the driver, not in my vehicle, but in his vehicle which smelled of smoke which started my nose running. He explained that he tried to get my vehicle but it was covered with snow and that it had slid off the road into a ditch. He talked nonstop from the airport to my house about how upset he was. We arrived at my home and for an assurity my car was in a ditch covered with snow and ice. The driver left my luggage in the garage without asking if I wanted it set in the doorway of my home. ( I have an attached garage) He got into his car and left telling me I needed to call AAA to get my car out of the ditch. Had he cleared the windows he might have been able to see that he had not pulled out far enough to make the turn. Also had he gotten to my house early enough he would have had time to clean the car. Knowing that it snowed and the car was sitting in the driveway, he should have realized it was covered with snow. I called the next day to talk to Mark who proceeded to tell me how upset his driver was about the situation and whole lot of other explanations about the next time I used their services. No discount was offered or an "I'm sorry for your trouble". My neighbor who runs Maucho Man Towing and his friend got my car out of the ditch. I was not surprised when I received my bill without any discount or a coupon for a discount. Needless to say they do not have to worry about me using their service again. I am very disppointed because the first time was so nice. If I am going to pay that much money to be inconvenienced, I can pay a neighbor or a relative.

Mr. Stout is the one that came to pick me up from the airport and he picked me up in a limo because the other guy was running late so he then took me to my car. It was wonderful and the ride was excellent. He made me feel so special. They dealt with the lost luggage and all that in a timely manner. I will continue to use them again. Everything was just excellent. The guy that picked me up was the best of all he kept apologizing but I kept telling him no its not your fault He was just the best. I felt safe and calm. My plane was late coming in but he just stood there and waited until it landed. He helped me with bags he really was great.

Description of Work
I used Chauffeurs4hire.com for a

Everything goes really well with him.

Description of Work
I use his shuttle services to take me and my kids back and forth from the airport.

We are happy that we found this out with enough time to book a local limousine service. We have actually booked one already and paid for it. We would never recommend this company to anyone.

Description of Work
My daughter was looking for a limousine service for her wedding and was thrilled to find Fab Limousine was open on the date she needed their services. She was anxious to reserve the limo since her wedding is over the New Year's weekend, so she called them numerous times to make sure they had it reserved for her on that date... one time talking to them on two separate occasions on the same day, inquiring what time they would be at the residence. They promised to reserve the limo for her and she could come over to pay for it when she had a chance.. since we lived in another city. Today we went over to make the full payment for the limo and the two attendants behind the counter were extremely unhelpful. They informed her "Oh too bad.. we had someone call two days ago and put a hold on that limo .. ( the only one they had that would hold the number of attendants in my daughter's wedding). She's not sure if she wants it or not .. My daughter told them that she had held the limo a month earlier... but they told her too bad they didn't see her name .. someone must have taken it off, and the other customer just called two days earlier (my daughter reserved it a month ago) and was getting it.. she too had a hold on it. They said since the lady did not put any money down on it .. and that they were just holding it for her.. ( which was what my daughter was told was being done for her), that they would call her and if she did not bring money in right away they would let my daugher reserve it .. again. We agreed and asked that they call to let us know if she was going to be able to have it or not. They never called.. After waiting for four hours we called them back and were informed the customer was going to take it... they had known this before they went to lunch but never bothered to call my daughter to inform her. Needless to say.. I'm HAPPY that we found this out about their services two months before the date of the wedding. I cannot imagine how poor their service is run .. if they cannot even get a reservation correct. My advice is to get the name of the person you talk to each and every time so you have a defense if something goes wrong. These two young ladies never even offered my daughter an apology. That's okay since money spends everywhere .. and I'm sure the kids in our city will hear an earful about this poor service and can hire limos locally. .

Fab Limousines Inc is currently rated 3.4 overall out of 5.

No, Fab Limousines Inc does not offer free project estimates.

No, Fab Limousines Inc does not offer eco-friendly accreditations.

No, Fab Limousines Inc does not offer warranties.