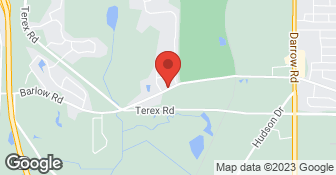 Additional DBA - New Look Remodeling which is no longer in business. 10% off all finished basements.

Do not, I repeat do not hire this man. He will begin a job, take 90 percent of your money for supplies and you will never see him again. We paid him $10,000 and he walked off the job.

We hired Bella Remodeling to remodel our master bath. The work started after a signed contract and agreeing to specific draw times and amounts. The work took much longer than promised and it was often difficult to contact the owner, Mark. It seemed the only time we saw him was when he needed additional draws outside of the contractual draws we agreed to. I found it necessary to provide the additional draws if I wanted the work to be completed because the workers told us Mark would pay them and ask them not to cash the checks yet. On one such draw request Mark asked for money to pay for his wife's emergency dental procedure. I later found out he needed the money for court costs. I highly recommend checking local county court dockets to see the quality of this individual before hiring. We are now remodeling the guest bath and our new, reputable contractors, informed us that the exhaust fan Bella installed in the master bath was not vented outside. We now have to pay for this work to be done properly.

I personally would not rehire Mark Weinhardt/ Bella Remodeling for any reason. I do advise you perform the needed due diligence prior to engaging into a contract. As with any research this would include searches of county court records for all counties that the contractor operates in (for example Summit and Cuyahoga) as well as local Municipal Courts (for example Stow Municipal Court), online reviews from websites such as the Better Business Bureau and Angie’s List, as well as a thorough review of references provided by the contractor. We entered into a contract with Mark Weinhardt of Bella Remodeling (previously doing business as Prestige Remodeling as well as Nu Look Remodeling) in July of 2016 to finish our basement. He was to complete one job that was scheduled ahead of us and then begin our basement starting on October 17, 2016. Our job was to be “substantially completed” approximately 6 weeks later on November 25, 2016. Work did not actually begin until November 7, 2016 due to the previous job taking several weeks longer than Mark originally planned for. He worked mostly partial days at our house and the job started to run well behind the original timeline. We approached Mark on several occasions over the following months in order to try to get the project back on track, but did not see a change in his work habits or pace of work. On February 27, 2017 (17 weeks after the start of the project) Mark removed all of his tools form the worksite and informed us via a text message he would not be finishing the job. We paid 80% of our financial obligation to Mark, for less than 80% of a finished product. The work that Mark left incomplete includes (but is not limited to) completion of the custom bar (which was to include the purchase and installation of the granite countertops), completion of the custom build-ins for the entertainment center, completion of the bathroom (including installation of the shower hardware, purchase and installation of the shower door, purchase and installation of the tile floor, purchase and installation of the toilet and purchase and installation of the vanity), purchase and installation of the drop ceiling, purchase and installation of the stair case rails, casing of the support posts, final paint and removal of debris. Attached are pictures time stamped February 27th 2017 that show status of the basement when Mark informed us he was not going to complete his obligation. We have since been awarded a judgement in our favor against Mark in Stow Municipal Small Claims court for the maximum damages allowed by the court of $6,000. We have attempted to contact Mark several times post judgement, but he has not returned any of our phone calls and we have not collected any of the judgement. Details of the court judgement against Mark Weinhardt can be found on the Stow Municipal website. Stow Municipal website: [*** Link removed ***]

Did not finish the job.

Description of Work
Kitchen remodel. Did not finish the job. Would NEVER NEVER NEVER use again. Do not recommend for others.

I don't want anyone to use them. A couple years ago we sued them and we are still trying to collect our money. He hasn't come clean and he basically stole from us.

New Outlook Restoration is a established family owned painting and restoration company. We specialize in your interior, exterior, residential and commercial project needs. As a company and family we pride ourselves on integrity, fairness and equality for all our customers. To us your not just a number but we are building a lifetime relationship through our quality craftsmanship that will last year after year! We are excited and grateful to help bring your painting projects into reality in a efficient and cost effective way.  …

Here at Five Star Painting, we hold ourselves to the highest standard of conduct. We show up on time, finish the job on time, and leave with a result that goes above and beyond your expectations. Your satisfaction is our number-one goal, and we take every step of the painting process seriously, from our preparation to the final quality checks. We make sure there are no surprises along the way by providing an upfront price quote detailing the entire project. Note: We are NEW to using this side of Angie's Ads, you can find REVIEWS on Google or Home Advisor for Five Star Painting of Medina. We look forward to serving you!!  …

We will contract all phases of remodeling.

How is Bella Remodeling overall rated?

Bella Remodeling is currently rated 1 overall out of 5.

What days are Bella Remodeling open?

No, Bella Remodeling does not offer free project estimates.

No, Bella Remodeling does not offer eco-friendly accreditations.

Are warranties offered by Bella Remodeling?

No, Bella Remodeling does not offer warranties.

What services does Bella Remodeling offer?

Bella Remodeling offers the following services: We will contract all phases of remodeling.