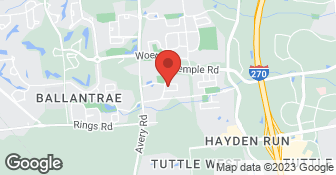 Description of Work
trip to campus

I called the night before. Pickup the next morning was at exact time arranged. Pleasant conversation on drive. Timely arrival at airport.

Description of Work
needed taxi service on a S.unday morning

The reservation process was very efficient. Mr. Singh came on time to take my cousin and his family to the airport. My cousin later told me that the service was excellent and Mr. Singh helped them with the luggage and made sure that they had a good trip. I called again today to book an airport ride and Mr. Sing answered the phone and greeted me by name when he recognized the phone number and he already had my address in his data base so all I had to do was confirm it. Awesome friendly personable and efficient service.

As far as the responsiveness for booking and making the reservation -- everything was fine. However, when it came time for an early morning pickup, I was waiting and waiting for pickup -- he did not arrive. I called and the driver who was already on the other side of town -- he apologized and said, " I will be there in 15 minutes," but given the time and traffic, I knew there was no way he would make it to my house from the airport in 15 minutes during rush hour traffic - I could not take the chance -- -- I had to jump into my car and drive to the airport -- I just made my flight! During the conversation he stated that something had happened to his house and he forgot the pickup. However, he did not call, email or text to let me know that he could not make it.

Description of Work
I used this service before for transportation to and from airport. Previous experience was positive - so I decided to contact them again for another trip to and from the airport.

Description of Work
Drove me from my home in Worthington to Columbus international airport.

Car was clean and roomy and the driver drove safely.

Description of Work
Provider picked up passenger from a residence at 4:30 am and drove him to airport with no mishaps. He was punctual and professional, calling to let us know he had arrived outside the residence.

excellent, prompt on both ends!

Description of Work
Provided transportation to Columbus Airport from Galena, and vice-versa. $60/trip.

It was much cheaper than the taxi I had to take from the airport home.

Description of Work
From my home in Dublin to the airport was about $54 with tip.

I made an appointment with Singh Taxi to pick me up after I dropped off my car for service and take me to a surgical appointment at the dermatologist's office. They arrived promptly and I made it to my appointment on time. I called near the end of my medical procedure and they were there waiting when I finished my appointment. On time....professional....very clean SUV.....and Mr. Singh is a nice man too. I used Singh Taxi because they had an excellent rating on Angie's List.....and I was very pleased with their service too. I highly recommend Singh Taxi!!!

How is SINGH TAXI overall rated?

SINGH TAXI is currently rated 4.9 overall out of 5.

What days are SINGH TAXI open?

No, SINGH TAXI does not offer eco-friendly accreditations.

Are warranties offered by SINGH TAXI?

No, SINGH TAXI does not offer warranties.

What services does SINGH TAXI offer?