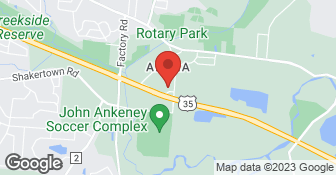 Description of Work
This was a recall.

Hidy Honda. They over filled the oil and the cable, the job they did we were't really happy with it. They say they all do that. We even got a code and they said it's normal. They didn't fix it right. It was kind of running rough and I checked the oil and it was way over full and it wasn't shifting right. We had it towed it and I don't know if they drained it out or changed it again. They had me ride with the mechanic, they said they made some adjustments and see what I thought. I said it feels it a little better. Here is another place we won't take anything back to.

Description of Work
They changed the oil and the replaced a shifter cable.

This one is hard to evaluate because I'm not too sure there is much they could have done differently. After they installed the new tires and rims, my wife took the van on a trip to New York. One of the tires kept losing air and they had to stop several times. Initially they called AAA because they thought the tire had gone flat but it seemed to air up fine. Initially AAA checked the tire and found nothing that would cause it to go flat. He then thought it was a bead that didn't seat properly. They had to stop every 50 miles or so on the way back to keep it aired up. Once they got home if went flat again. I checked it myself and verified there was not a nail or something like that in the tire. What I finally figured out was they had not tightened the metal valve stem quite tight enough and that's why the air was leaking out. Once I gave it about a half turn, everything was fine. Hidy checked everything out and was very apologetic for the situation.

Description of Work
Installed 4 tires and rims after they were stolen from our driveway.

I took our Honda Fit to Hidy Honda for a recall. Besides completing the recall, I guess it is typical to complete a general inspection of the vehicle. This results in a list of other recommended services, usually items that cost a pretty penny for the customer. Sometimes I feel that because businesses don't make money with a recall, they search for other profitable maintenance that might make sense to recommend. The recall work was satisfactory, to my knowledge.

Description of Work
Completed a recall.

They are very accommodating, the overall service was excellent.

Description of Work
We bought our car there.

I didn't care for their presentation. I just wasn't satisfied with them. They don't even come close to the Honda in Tips City. They acted like they didn't have time. They weren't thorough, they weren't customer oriented. They were very pushy. The salesman was just rattling on and on and on. If I asked him a question he just kept talking.

Description of Work
We last went to Hidy Honda to compare to other Honda dealerships.

I made an appointment to have my Honda Ridgeline serviced, including oil, differential fluid, filters, Transmission fluid, tire rotation and break service. I had them service driver drop me off at my office. The service required approximately four hours. When I returned to pick up the vehicle, I paid for the services. I found that the service tech had not reset the oil service warning light, which gave me concern as to what else was not done. When driving off, I found that the brakes grabbed. I returned to the dealer, and asked the service manager to take a ride with me. He did so, and gave me the opinion that the brakes would smooth out, but that I needed to have a wheel bearing replaced. Frankly, given that the truck had been there four hours, I would have thought that they would have test-driven the vehicle after the service was performed and called me about the bearing problem - unless of course they weren't interested in making money. The service manager assured me that the tech who performed the service would be given a day off with out pay. My reaction was that really didn't solve the problem - it only made it likely that if the tech ever worked on my vehicle again he might be less than favorably disposed to fix it properly! I was given a free oil change, which I don't think that I will use. I have had the truck serviced at Hidy twice. The first time they forgot to perform the oil change, so I waited for an additional 30 minutes until that was completed. Nice, courteous people, but badly in need of customer service and service recovery training. Not nearly as well-trained or as competent as the Honda dealers on the west coast.

The only dealership that I have dealt with is when we brought our car there for service but not that often. They are fine, their service department is reliable, patient and I trust HIDY HONDA to do what they say they are supposed to do. I have the oil changed the tire rotated and that's it, just routine maintenance and it went just fine.

I have been using them for probably 15 years. They are close, and they have a car that takes me back home. Their service is good, but not great.

Description of Work
I use Hidy Honda for auto service. They have a whole bunch of different dealerships.

The experience has been average. I will use them again in the future since they are convenient. I had gone looking for somebody else but found that they weren't as good as Hidy, and so I am back to them. I would change if I could find somebody else.

Description of Work
I have used Hidy Honda for auto service. The last visit was when I needed some part on a coil replaced. I have also got work done on the brakes.