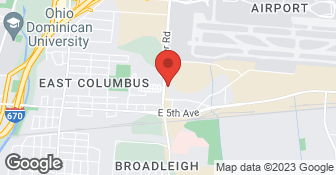 My car was stolen from the Thrifty Parking. Thrifty then charged me for the actual parking. My emails were not returned asking for the charges to be reversed which my credit car company did contest and did not have me pay.

Upon returning discovered my car had been damaged by the detailers (not Thrifty employees) and had damage verified by Thrifty employees that night. They did not know how to handle it and no managers were present, so they took my info and advised that the manager, JoAnne, would call me the next day to address the problem. After checking out I noticed that they overcharged me and was told JoAnne would have to address that issue also the next day as they could not issue a refund? Next day came and went with no contact. Day after that came and almost went, so I contacted JoAnne. She claimed to have no idea what was wrong, no idea there was a problem, and asked me to fill out paperwork explaining the situation. I did so, faxed it over and she asked me to call the detailer. He and I have no issue and he has agreed to cover the damage done by his employee. JoAnne, however, never contacted me, never addressed the issues, and never credited me for the over charge. So I had to contact her again! She then recharged me instead of crediting me the difference. Then she credited the original bill later - thankfully I had enough room on the credit card to cover double billing. She never called to address the issues with me, only replied to first email - no others, she never followed up, she never did anything to address the errors on her company's part. She only pushed it off to the detailer who immediately addressed his portion of the error, but should not be held responsible for her company's errors. Just very, very poor customer service - no clue how to handle problems or resolve issues - she has no idea what to do and she is in charge. Had I not followed through multiple times nothing would have been addressed. No way I will trust them with my car ever again or recommend anyone use their services - the detailer - different story and he will get a positive review!

Description of Work
Left my vehicle for the airport parking to have it stored, cleaned, detailed.

I rented a vehicle for a route 66 road trip for my honeymoon. When we got to California one of the tires went flat. So I unpacked the car to get to the spare and jacked the tire up to remove the flat. Right before I pulled the tire off the jack broke so we were stranded in the California desert just past the Arizona/California border. I called Thrifty's roadside assistance and was told I would only be charged a service fee if they felt I used the jack improperly. (I have pics that show I did not and that the pavement was so hot that it was too soft to support one side of the scissor jack which had caused the collapse.) They told me they would call Nissan and have a new jack brought to us. This was around 4:45 PM Pacific. I recieved a call at 5:06 PM saying we were out of range from Nissan so they would dispatch a tow vehical and it would take about 60 minutes. At 6:10 PM no one showed up and it was starting to get dark so I called back to get an ETA. The rep said it would be 60-90 minutes to get someone there from the time of the dispatch and the dispatch was called in at 5:36 pacific. Well I'm not sure what happened between 5:06 and 5:36 pacific as at 5:06 I was told 60 minutes. I decided to go for a plan B at this point as I felt I was getting the run around. So my wife was calling tow truck services to get someone out here with a jack. As the 90 minutes ETA was breached from the 5:36 point I called back and asked the name of the tow service that was to be dispatched. The company the rep gave me was actually the same company my wife had been on the phone with for the past 10 minutes to get someone out there. So I asked her to get an ETA from them while she was on the phone with them. They stated they had not recieved the dispatch to send someone out. Luckily, less than 2 minutes later a good samaritan stopped and let me use his jack to get out of the desert just before nightfall. I would still be stranded there if it was up to Thrifty. I went to return the vehicle today and they had a $70 towing fee on my final invoice for the dispatch. I got the run around from the rep at the counter (seems like Thrifty loves giving people the runaround) and was told I would have to call corporate. Apparently the rep did not know how to use a phone or he was unwilling to help me. I will never ever use Thrifty again and I will go out of my way to keep others from doing so.

To be able to take my car to the airport, drop off at the departures and have a Thrifty rep take it back to their lot is extremely convenient! On top of that, to have the wash the outside and detail the inside while I am gone for a decent price? Unbeatable!! The interior detail is very well done and very reasonable, even without considering the convenience factor of not needing to schedule an appointment to drop it off somewhere else since it's done while I am off flying somewhere. I plan to do the full detail package next of outside and inside - I hope it's done just as well!

The attendants are usually retired guys, and they know how to treat a customer. Also, they know how to take care of one's car. I have used this service several times a year for 12 years, and every experience has been positive and a good value.

Description of Work
Airport parking and shuttle to & from the terminal.

Not well. I have used this servce on and off since sometime in early 2010. These folks are competent at parking cars. On two occasions, however, I've had to have 'redos' on oil change (leaking drain plug) and on a premium car wash (mats not put back and dirty floor - dirtier that when I dropped it off). Requested a refund but never received. Redid - but never cleaned the floor mats. My most recent - and final - visit to park, I also had my car washed. Evidently whoever washed the car felt that the loose change in my console was their tip. A couple bucks, at most, so no big deal. But inconsistent service AND petty thieves? No good in my book - bad business. . .

When traveling through Port Columbus, I dropped my car Thrifty and returned and they picked me up. Since it was over 7 days, they gave me an additional 5% off with my auto discount card (above the 15% I thought I would get). They were quick and exhibited a good attitude.

Description of Work
Parked car and kept it while I was out of town.

The agent was extremely helpful. He corrected a minor error in our booking, and gave us an upgrade and price discount although I did not request either.

Their driver was waiting for us to pick him up for the quick drive to the airport. He was courteous and took our information quickly, although he wasn't very chatty. He dropped us off and helped us with our bags. At pickup, the shuttle was easy to find and the driver friendly. The quick ride back, an easy checkout, and a warmed up car were nice features at the end of a long weekend trip.

THIS HAS BEEN BY FAR THE EASIEST WAY TO AND FROM THE AIRPORT, ESPECIALLY WITH 2 TODDLERS. WE PICK UP A REP THAT THEN DRIVES OUR CAR BACK FOR US. WE REST EASY THAT OUR CAR WILL BE READY ON OUR ARRIVAL.

Description of Work
DROVE TO THRIFTY AND PICKED UP REP, THEY RETURNED OUR CAR, AND WE TOOK A SHUTTLE FROM THE AIRPORT WHEN WE RETURNED.

WE RENTED A CAR FOR A WEEK WHILE MY WIFE'S CAR WAS BEING REPAIRED. THE CLERK QUOTED $150 PER WEEK FOR A MIDSIZE CAR, THEN TOLD US WE COULD GET A PT CRUISER FOR THE SAME PRICE. WE OPTED FOR THE PT. WHEN WE RETURNED THE CAR AT THE END OF THE WEEK, A DIFFERENT CLERK TOLD US THE PRICE WAS $250, BECAUSE WE HAD 'UPGRADED' TO THE PT CRUISER. WHEN I QUESTIONED THE PRICE, THE CLERK BECAME SURLY AND TOLD ME I COULD SUBMIT A CLAIM. I CHOSE TO TELL ANGIE INSTEAD. I HAVE ALSO REPORTED THIS OVER CHARGE TO THEIR CORPORATE OFFICES.

Description of Work
RENTED A CAR FOR A WEEK.

WHILE THE CAR WAS ON THRIFTY'S LOT, IT WAS BROKEN INTO AND THE CD/TAPE PLAYER WAS RIPPED OUT OF THE DASH, RUINING THE DASH. ITEMS WERE STOLEN OUT OF THE CAR. THRIFTY PROMISED TO REPLACE THE DASH AND CD/TAPE PLAYER AT THEIR COST, AND THEY REFUNDED OUR PARKING FEE. WE WAITED AND WAITED; THRIFTY SENT THE CAR TO SEVERAL PLACES, AT LEAST ONE OF WHICH WAS VERY DISREPUTABLE LOOKING. A MONTH LATER, WHEN THEY FINALLY RETURNED MY SON'S CAR, AFTER MUCH NAGGING, THE CD/TAPE PLAYER HAD BEEN REPLACED WITH A TAPE-ONLY PLAYER. MOREOVER, WHEN MY SON TRIED TO DRIVE THE CAR HOME, IT QUIT THREE TIMES ON THE HIGHWAY. IT WOULD APPEAR THAT SOMETHING MAY HAVE BEEN DONE TO THE ENGINE WHILE IT WAS IN THE CARE OF THRIFTY AND/OR THEIR REPAIR FIRMS. THRIFTY IS NOT RESPONDING TO HIS COMPLAINTS. THEY HAVE COOPERATED POORLY THROUGHOUT THIS FIASCO. WE NOW MUST CONSIDER SUING THEM.

Description of Work
WE LEFT MY SON'S CAR AT THRIFTY'S AIRPORT PARKING SERVICE WHILE WE WERE GONE FOR TWO WEEKS.

VERY PROFESSIONAL, FRIENDLY. I HAD A TIRE GO FLAT AND I HAD TO REPLACE IT AT MY OWN COST. WHEN I GOT BACK TO COLUMBUS THEY REIMBURSED ME ON THE SPOT. I WOULD USE THEM AGAIN.

Description of Work
RENTED A CAR FOR A TWO WEEK VACATION

Thrifty Car Rental is currently rated 3.2 overall out of 5.

No, Thrifty Car Rental does not offer eco-friendly accreditations.