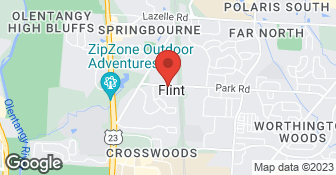 Description of Work
Dog training one on one.

Description of Work
Brad is great with my dog. He trained her as a pup two tears ago, and we've used his boarding service ever since. My dog loves going to see him and he takes very good care of her.

Brad is phenomenal. I have my dog right now because of Brad. He was in a state when we went to Brad where we may have had to get rid of him before our baby arrived because he was anxious and reactive (the result of some unfortunate dogs that attacked him and generally low confidence). Brad helped us turn that all around. He got it jump started by taking the dog from us for two weeks and working with him. Then he did one on one sessions with us several times a week to transfer the skills to us to train/control/help the dog. Then brought us into group classes to keep the dog fresh and give him opportunities to practice. He even took us to grocery stores and malls to help us create the high anxiety situations the dog was struggling with and teach him how to handle himself properly in those situations. He also provides very cheap and safe/trust worthy boarding as well. We can't say more about Brad, he's phenomenal and we are so appreciative to have found him. Whenever something new happens he always answers the phone and gives us consulting on how to handle things or what to do.

Description of Work
Took our dog for a two week in residence program to help us work on anxiety/confidence/obedience and to help prepare the dog for our baby that was on the way. Provided individual sessions at his location, at public locations like stores/parks etc and at our home. Provided group and socialization classes with other dogs/owners at his location. Provided boarding on several occasions

Brad has helped me to train 3 of my dogs over the years. He is willing to come to the house and that was essential addressing several of the problems I was having. From teaching my dog to jump into a car, use a ramp, to using a dog door, to the more typical obedience commands, Brad is excellent. He immediately establishes an intuitive rapport with the dog and has a gift that far exceeds textbook academics of dog training …. and all of the dogs respond and adore him He helped my shy guy overcome his fears to the point where I can now take him with me out in public, to pet stores, to dog parks, along pet trails. I couldn’t do any of that with him before Brad came into our life. He helped me calm down my very flighty girl so that she will actually walk on lead (later, she finished two conformation titles). Normal obedience training is fun with Brad, but he really shines when there are problems. I have referred over 10 people to Brad for help with dogs who were having problems and I have been profusely thanked by every single one of the dog owners. I have never had one person do anything other than rave about how much he has helped. I personally know of at least 3 dogs whose lives he has saved b/c he was called in to help…. Often after other trainers had failed. He loves the dogs and it communicates to them. He uses only positive training methods…. never resorts to shock collars or other negative techniques. The dogs end up with much more confidence, understanding the rules and what is expected of them. Both dog and owner end up really happy !!

Description of Work
He's helped me train 3 dogs, two of which had problems beyond the norm. He taught me how to communicate to them and helped them work through their fears and flightiness.

It was worth every penny. Their quality, punctuality, and professionalism are great. I would use them again in the future.

How is Complete Canine of Columbus overall rated?

Complete Canine of Columbus is currently rated 5 overall out of 5.

What payment options does Complete Canine of Columbus provide

No, Complete Canine of Columbus does not offer free project estimates.

Does Complete Canine of Columbus offer a senior discount?

No, Complete Canine of Columbus does not offer a senior discount.

Are warranties offered by Complete Canine of Columbus?

No, Complete Canine of Columbus does not offer warranties.

What services does Complete Canine of Columbus offer?