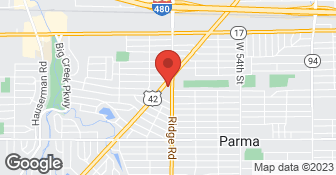 On my first appontment in May 2014, had a long discussion and examination regardinging intense chronic lower back pain that had plagued me for over 19 years. Wendy Liang explained that a long time chronic pain condition would not be alleviated in one treatment. She urged patience on my behalf and suggested 2 to three treatments per week over a period of time. Patience is not my forte however, to my overall betterment, I am glad I listened. My two per week treatments initially lasted for six weeks. During each treatment besides inserting needles (which do not hurt) aligator clips were attached to several needles with an electrical impulse sent through each one. Each impulse is individually adjusted and feels like a gentle vibration or "spasm". After the acupuncture, several cups were placed on my back and suction applied. At the end of six weeks the pain was gone, motion returned and was to do things I had not done in years. Additionally, before each treatment session I was asked if there were any other areas that were giving me problems and they too were addressed with needles and ended in relief (ie hip, ankles, feet, hands). When the acupuncture started to wear off I would return for a one or two treatmement tune up every month or two. Prior to leaving Cleveland and moving to Tucson in March 2015 I could not drive for more than 2 hours without taking a half hour break to give my stif/painful back a rest/stretch. Not knowing what to expect on a 2,100 mile drive, figured it would take me perhaps a week or more. On the first day I made it to Memphis in 13 hours (650 miles), only stopping for gas and restroom breaks...no back pain or stiffness at all. The following day made it another 650 miles to Abilene the same way and on day three completed the third leg of my journey to Tucson. It was beyond my wildest expectations!! Since arriving in Tucson I have gone to over a half dozen acupuncturists without the same success attained from Healing Hands. So far I have not found one that utilizes the electrical stimulation technique that Wendy and Guang employ and I believe that makes the difference...at least for me. One acupuncturist I've recently encountered out here is also an herbalist and he convinced me to try some Chinese herbs for my recently acquired neuropathy. I gave it a shot and in a couple of days the pain, numbness and stinging had subsided big time and is still improving. Additionally, when I felt a cold coming on severall weeks ago I asked him if had anything for that. The cold was nearly gone after only three days of taking the prescribed Chinese tea. It appears one is never too old to learn. In conclusion, if I ever win the lottery one of the first thing I'll do is see if Healing Hands would consider relocating to Tucson at my expense.

Description of Work
Acupuncture for back pain.

I have been going there for over a year. I feel much better and would recommend others do also. Accupuncture is not for everyone but if you are patient it will make you feel much better.

Description of Work
I had back and foot pain.

Going there for 1+ years. Definite improvement in vision and increased energy and well being.

I've been to a lot of massage places due to my low back issues. Healing Hands is by far my favorite place to go. Bernadette, Nikki, and Keisha are my favorite massage therapists. I have always felt relief and relaxation from my massages there and you can't beat the prices. It's not a super fancy place but very cozy and I can usually get in within a few days of calling.

Description of Work
Massage for chronic low back pain.

overall I had a good experience, the treatments helped with my allergies and sinuses.The treatments do not hurt at all and is very relaxing. The only negative is that it is sometimes hard to get an appointment in the afternoon but mornings are easy.

Description of Work
I went for help with allergies and sinus problems. The staff was very friendly and very thorough with the questions they ask so that you get the best treatment.

I like everything about them. They are thorough, kind, and extremely well trained. Acupuncture is wonderful, and when people really know how to practice it, it just works miracles. The availability is a problem because they only do morning hours. There are only two of them and their assistant, so they can't do more than they do. They are Chinese, and I wouldn’t learn Chinese as easily as they have learnt English, but I sometimes have to say things in other ways, or they do.

Description of Work
I use Healing Hands Clinic for acupuncture. I have an appointment every Monday. They have helped me get over a variety of things; everything from a kneecap that was injured to speeding up curing bronchitis.

I have gone to this company for a long time. I went to them when the doctors gave up on me. I was maxed out on medications. I could not walk. By the fourth time I realized i was doing everyday activities again and I have been with ever since.

Description of Work
I go to them for acupuncture services.

Their treatment was very effective. Everything was okay after the services.

Description of Work
I go to Healing Hands Clinic. I had acupuncture for sciatica in January 2011.

All statements concerning insurance, licenses, and bonds are informational only, and are self-reported. Since insurance, licenses and bonds can expire and can be cancelled, homeowners should always check such information for themselves.To find more licensing information for your state, visit our Find Licensing Requirements page.
General Information
Eco-Friendly Accreditations
No
Payment Options
Check, Visa, MasterCard, American Express, Discover
Senior Discount
No

Healing Hands Clinic is currently rated 5 overall out of 5.

No, Healing Hands Clinic does not offer eco-friendly accreditations.

No, Healing Hands Clinic does not offer a senior discount.