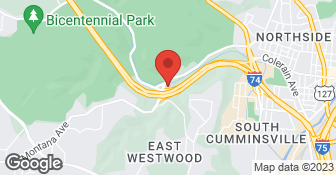 Roto-Rooter offers commercial and residential plumbing services. And there’s no extra for nights, weekends and holidays. From emergency plumbing to drain cleaning, sewer cleaning to pipe work, Roto-Rooter can help you with any plumbing problem. Roto-Rooter plumbers are licensed and insured and handle everything from water lines to toilet and shower problems. No plumbing job is too big or too small for our experienced and professional plumbers. Schedule an appointment by phone or online, we'll come when it's convenient for you. Additional email - rotorooter.callcenters@rrsc.com. Additional DBAs - Roto Rooter Plumbing & Drain, Roto Rooter Plumbing and Drain Service, Roto Rooter Services Co, RR Plumbing Services Corp....

Grace Lane Dumpster and Hauling is a locally owned family operated business. We pride ourselves in being honest, dependable, and affordable. We offer 2 sizes of dump trailer rental. 10 and 14 yard trailers. Roofing materials, basement clean out, debre removal, etc. We also have a 14 yard dump trailer that can haul shaving, mulch, rocks, old vehicles, and more. We service 20 miles from our address for free. Additional milage charges apply for further out. Servicing the Tri-State area. Grace Lane Dumpster and Hauling has a convient website that allows customers to reserve a dump trailer completely online with all major cards accepted. Customers are welcome to call 513-205-2034 as well for questions, get a free quote, or discuss hauling needs. We treat our customers like family. Accepting commercial, business, and private rentals. Trash or Treasure, We Haul it Better! Dumpster rental  …

Driveway Dumpsters offers a variety of open top dumpsters for household and construction use at low prices. You can order online or call, and get your delivery same or next day. We offer 10, 15, 20, 25, 30, and 40 YRD dumpsters. No hidden charges or fees (Flat Prices)  …

Don't call Roto-Rooter. I called them about a clogged kitchen drain. Unlike others I had called, Roto-Rooter would not give me an estimate over the phone, telling me the service tech would give me an estimate after assessing the job. The tech arrived, tried plunging the drain (which we had already tried), then told me the cost to clear the drain would be $389! I told him that was too much (I already had a quote from Tarvin Plumbing for $174). The tech offered me a $74 couple, but that's still more than $300. He said he could do it right now, "I'm right here." I refused to pay that. I felt that this was a ploy from Roto-Rooter to trap/pressure customers into paying an outrageous sum. Tarvin showed up less than two hours later and cleared the drain for less than half what Roto-Rooter wanted to charge me.

He had it opened in a very short time. The repairman did very a good job, but the cost was high at $300 for a 35 minute job.

Description of Work
They opened a drain in the basement

Never called back., hired someone else.

We booked an appointment and they said they would arrive between 12-4:00. My husband took the afternoon off work to wait for them. They never showed up. When he called they said they were busy and couldn't make it till the next day.

Ok, will do the work early next year

Description of Work
Estimated repairs to a toilet

He was timely, professional and showed me exactly where the problem was. Knocked out my problem within an hour.

plumber was nice but quoted a price ofm 442.50. i bought the faucets at loews and they installed both for $200.

Technician found and resolved the problem within an hour and assisted me with getting someone to talk about the cleanup and restoration process.

Description of Work
Find and fix a leak from master bathroom that caused water damage to living room and basement.

It was great. David, the technician, came in and listened as I showed him where the water spots were. He also explained everything in depth and made sure I was o.k. with what he thought was necessary to find the leak. He did find the source of leak and resolved it quickly. I asked if they would be able to send someone out to evaluate the water damage and he said they would.Ryan Harrison with their restoration showed up before David finished his work and assisted me in filing my claim with the insurance company. Even though this was a very stressful event they put me at ease. He cleaned up thoroughly since he had to cut through a place in the wall to see if he could determine what was the source of the issue. The issue was discovered and fixed in less than an hour. I also had a few other plumbing jobs that needed to be done and those were done quickly, a supply line in one of my bathrooms was leaking and replacement of a sump pump I had purchased since mine was over 10 years old.

Description of Work
There was water spots showing up in the living room ceiling under the master bath and water flowing down though the walls to the basement and it could not be easily detected from where the water was coming.