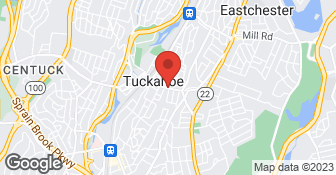 Welcome to the specially designed pediatric dental “world” of Dr. Penny Resnick-Graulich. Infants, children, teenagers and their parents just love coming here. We pride ourselves on making the entire dental experience a positive one for all involved – while promoting optimal oral health care for our patients. Our goal is to educate your child to be an expert in his or her own preventative dentistry, hence a healthy smile for everyone....

I wanted to put off dental xrays until my child was a bit older. I know they really wanted me to do it sooner and put up with my request for a couple times. Then she said she thought she saw a possible cavity brewing in my child's mouth so we would have to do xrays next time. I took my child to another dentist for the following appt and everything was absolutely perfect and they did not push xrays. Who knows-- perhaps she really did think she saw something...or maybe it was her way of pushing me for the xrays. I just didn't feel like we needed to do it so early.

Description of Work
I took my child for a checkup

First let me start by saying that the office is a great atmosphere for children. It's actually a child's dream. We enjoyed bringing our 2 daughters there the past 2 times for teeth cleaning, and our daughters enjoyed the visits as well. With that we just assumed that since everyone was happy during the cleaning that every other visit would be just as smooth. Everything went downhill when we were informed that our 3 yr old had developed 2 cavities. The first time she had to get it filled my husband took her. He informed me when it was over that my daughter didn't do too well. That to me was to be expected. I can't imagine too many people enjoying getting cavities filled, nonetheless a 3 yr old. So I thought nothing of if, other than the second cavity session was not going to be a picnic. So here we are at session #2 for the second cavity. My daughter was hesitant to go with the staff when she was called for her turn. Which is obviously pretty normal given her 1st experience with her filling. Myself, my husband and the staff coaxed her into sitting in the chair and reassured her that everything was going to be ok. It started out ok in fact, except for when the dentist (who is extremely kind by the way) pulled the drill out. Now my daughter has mild sensory issues and is receiving occupational therapy for said issues which are primarily for sensory overload, not so much for touch, feeling and texture issues. Thats not to rule out those issues being the cause for her horrible experience, but I don't think her sensory issues played as big a part. So here is my 3yr old expected to just sit here while the dentist drills her mouth without any nitrous oxide (laughing gas) or anything else. I have a weak enamel myself and I would never dream of getting my teeth drilled without something for the pain, even if it was for the and quot;5 secondsand quot; that the dentist tried to convince my daughter that it would take! Once the drill hit her teeth, my daughter lost all control. We had to hold her down as if trying to tame a bucking bronco. I feel partly responsible for not asking if laughing gas was an option, however at the time it didn't cross mind. This charade went on for about 20 mins and the worse part to me off all of this is not necessarily my daughters reaction, but the reaction of the rest of the staff. They all acted as if a 3 yr old thats wigging out because she didn't want to get her teeth drilled was a total shock! They took turns coming into the room to look at this noisy child thats screaming for dear life as if it were unusual. I guess at a pediatric dentist office this is taboo. Perhaps I have the only child that won't sit still and expresses dislike for this procedure. Now I mentioned before that my daughter has some sensory issues which could've played a role in her reaction. Perhaps it was the sound of the drill or even the vibration on her teeth that the drill could have caused, but thats irrelevant compared to the side show act that I felt like my daughter had become. To top all of this off, when we reach the front desk, I was approached with possible solutions on how to avoid this reaction from my daughter again. I was told that and quot;perhaps I should make an earlier apportionment next timeand quot;. and quot;I know you and your husband both work, but maybe next time one of you should take off'! I guess what bothered me the most was the reaction of the staff. I guess my daughter was the one that ruined the perfect quiet setting for their night cap. Well I won't apologize for that but I'll do you one better, I just won't return. I hate to sound like the biased mother thats overly looking out for her child's best interest, but this is where you let everyone know your experience so Im just letting everyone know mine..

Description of Work
3 year old daughter had a cavity filled

It was an amazing experience. I actually left feeling sorry for the office staff who was trying to accommodate a parent and she was beyond nasty to both girls at the desk who managed to keep their cool. I don't know if I would have been able to handle myself in that manner without telling the parent where to go, which I almost did on behalf of the staff. Who just smiled and continued to do what they needed to make the mother happy. The Dr's and hygienists are amazing as well. Tell everyone I know to go to Dr. Penny and Dr. Fran

Description of Work
Pediatric Dentist for my children

They are pretty phenomenal. They realize that dentist's office is usually a scary place for children and they go out of their way to make kids comfortable. They have movies, games and all kinds of very interesting, cool stuff. They had a magician there one time that had live rabbits, my son got to be his assistant, and all the kids got a big kick out of it. He did shows all day. The other day they had face painting when we took our son there. The receptionists are like three starts, they don't go out of their way to be friendly but the hygienists and the actual dentists, they have three dentists on staff and they are all phenomenal. They are very friendly and put the kids at ease. They do a really thorough job. They know what they are doing. Another thing that might be a coincidence is that the entire staff is females, which I found pretty phenomenal. They are all professional and that helps to put girls and boys at ease. They are very nice and very skilled too.

Description of Work
We use Main Street Pediatric Dentistry for our son's dental care.

I think she is the best children's dentist period. She makes any situation calm. My son had to have a big filling done and she gave him Novocaine. He had no idea that he had received a shot. She can handle any type of kid. I was sent to her because my son has ADHD. She absolutely lives up to the reputation. The office is like Disney Land. They spend a ton of money on building this beautiful office space. It's like a playground. My kids love going to the dentist. She brings in entertainers, face painters, and craft artists. There is a craft table that they kids can play on. They always get a prize after the appointment. There are video games in the waiting room. There is even a coffee machine for the parents. I have never seen anything like it. The waiting room is like being in a submarine. If you have an emergency, they will figure it out. They are amazing. I have never had a bad experience.

Description of Work
We see Dr. Penny Resnick-Graulich DDS,DMD with Main Street Pediatric Dentistry. My son recently had a cavity.

All statements concerning insurance, licenses, and bonds are informational only, and are self-reported. Since insurance, licenses and bonds can expire and can be cancelled, homeowners should always check such information for themselves.To find more licensing information for your state, visit our Find Licensing Requirements page.
General Information
Eco-Friendly Accreditations
No
Payment Options
Check, Visa, MasterCard, American Express
Senior Discount
No
Emergency Service
Yes

Main Street Pediatric Dentistry is currently rated 4.8 overall out of 5.

No, Main Street Pediatric Dentistry does not offer eco-friendly accreditations.

No, Main Street Pediatric Dentistry does not offer a senior discount.