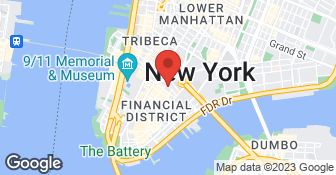 Dr. Andrew Brown was actually okay but his office is terrible!!! Please do not go here. AVOID AT ALL COSTS. After waiting an hour and a half to see Dr. Brown, he writes a prescription to get an MRI. After I get home I noticed that he wrote it for the wrong leg. I personally went to the office the next day with a hand written note to be passed along to the doctor about the miswritten MRI prescription. The office said they would eventually fax over the correct version to the MRI place. You would think I was trying to get an illegal prescription for oxycontin with what happened next. I called the MRI place to see if they got the correct order for the MRI. They got one all right but still for the wrong leg. The morning of my MRI appointment and called again to if the correct one was faxed over but nothing happened. I called Seaport Orthopedics and a lady YELLED at me and said that I was lying about the whole situation because she faxed over the correct prescription, she didn't have time to deal with me, that I should just get my MRI and proceed to hang up on me. I called back and again asked what did I want from her. I told her I never been so disrespected in my life, she is suppose to help me out because I am the patient and why would I lie about an MRI order. The shouting match escalated (making me sound like a crazy person in my office-how embarrassing) until I told her she is a rude b***h and hung up. To make matters worse, I tried getting in touch with an office manager to complain about this person but all I got was voice mail and no one ever gotten in touch back with me.It feels like you only get to talk to a live person if you are making an appointment and even at that, if feels like you are talking to an operator instead of a person who is supposed to try to make you feel better, not worse. I gave up and started the whole thing from scratch with another doctor.

Description of Work
I made an appointment with this office because I needed to get my leg examined. Plus they were in my work area and I thought it would work out time-wise.

He listens and answered questions very well. He is very pleasant. His whole office staff is very nice too. He will be doing a knee surgery for me.

Description of Work
He is my orthopedist.

Description of Work
Office is now on West 48th Street---- phoned his office to make sure I could get 90 day refills on skin patch pain medication, was assured yes the Dr does that. I went to see Dr Schottenstein with my wife --long wait-- my impression is he was more interested in selling me pain implant procedures( remember the old 10's units that didn't work, now they implant them) in order to make $$--- he never even examined me---as my case would only involve a visit once every 90 days and a medication script refill he declined. I have been on this same medication at VA Clinic for 9 YEARS but I have to go monthy--that was my reason for seeing this Dr----to reduce my Dr's visits. It hurts to walk. This guy was no help at all and wasted my time.

How is Seaport Orthopedics overall rated?

Seaport Orthopedics is currently rated 3.3 overall out of 5.

No, Seaport Orthopedics does not offer eco-friendly accreditations.

What services does Seaport Orthopedics offer?