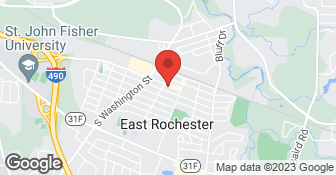 I went to this service at the recommendation of an acquaintance. I was seeking treatment for spider veins on my legs. After having a consultation with the acupuncturist, I was given certain assurances regarding the procedure and results. I am in the legal industry and am also a writer, so I am always very clear about my questions and the answers I get. Before and after the procedure, I was clearly told by the acupuncturist that I would see results in the veins he worked on. I was also told each vein would be treated individually and at no time was I told each vein would require multiple treatments. In fact, I was originality told all veins would be treated in one session. It was during the initial session that I was told he would only treat some veins and another session would take care of the rest of the veins.In other words, first he told me all veins would be taken care of in one session. Then at that first session, he told me I would need another session to handle the rest of the veins.I was told he recommended three to four sessions in total but just as follow-ups. There was never any mention to me that each vein would be treated multiple times at the different sessions.Also, I was clearly told that I would see results after 24 hours. After four days there are still no results whatsoever! In fact, I am left with small red marks where my skin was punctured. These marks are getting lighter, but they have been painful. My position is that the information I was given was completely misleading.When I called the center with my concerns, I was told I must have completely misunderstood what I was told regarding results and treatment requirements. I was told by the co-owner that each vein would require multiple treatments. This is NOT what I was told at the consultation nor at my session.I requested a refund but was denied.My additional position is that they did not render services provided through the ORAL contract.

Description of Work
For spider veins.

The whole company is wonderful. I think that they are very professional. We go there every time, we get good service, and we get relief from the problems we have. They are very empathetic, and I wouldn’t keep going there if they weren’t good.

Description of Work
We use Balance Acupuncture Center for our acupuncture therapy. My daughter and I both go there, and we have been going there since 2008.

It went very well. They were very professional and the atmosphere is very comfortable. It is an easygoing environment. The people are very, very well trained and are good practitioners of acupuncture. The practitioner that I saw has gone off on their own so I wouldn?t use them again.

Description of Work
I used Balance for an acupuncture treatment.

I saw Rik Warren, who talked me through the foundation concepts of acupuncture and traditional Chinese medicine, answering all of my questions. He asked a number of questions and checked my tongue and pulse (the traditional diagnostic tools). He came up with a treatment plan that included a number of in office visits for acupuncture, massage, heat treatment, an exercise plan, and herbal supplements to assist with getting my body in better alignment. He explained that traditional Chinese medicine won't correct the curve in my spine, but could reduce the related tension pain. After two visits my back was feeling better and better. And things continued to improve during the treatment cycle. And, even better, the pain didn't return after I finished the treatments (I've continued to exercise, and stop in for checkups).

Description of Work
I went to Balance to help with lower back pain related to scoliosis.

Balance Acupuncture Center is currently rated 3.8 overall out of 5.

No, Balance Acupuncture Center does not offer eco-friendly accreditations.