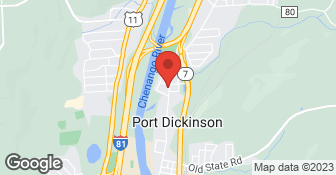 Very poorly. There was minimal grooming done on my dogs if any. I will never go back and do not feel confident in her ability at all.

DESCRIPTION OF WORK
I was looking for a dog groomer. I found Bows and Bandanas as it was close to where I lived. The young lady who owned it was very pleasant over the phone and I made an appointment for my two small dogs. I told her I wanted them bathed and trimmed and their eyes and nails done. She called  after one and a half hours and said they were ready. I was shocked when I saw them as it appeared to me they were barely touched. My yorkie's eyes were still as they were and neither dog looked or smelled bathed. She did a slight trim of her coat length. She charged more than she quoted and admitted she "couldn't" do their nails as the dogs wouldn't let her. I paid and was glad to be out of there. In my disappointment at her lack of service and quailty work I called and left a message. She promptly called me back in tears saying she was sorry and offered to give me half of the $75.00 back, which I never received but did receive a gift certificate for $25 to go back. I will never take any dog there again.