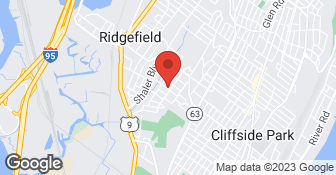 New Jersey Water and Mold, LLC. provides professional clean up for all water/flood damage, mold remediation, sewage back up, fire and smoke damage for all types of residential/commercial property damage. We are family owned and operated and working in New Jersey since 2006. Our employees have many years experience in both clean up and reconstruction. NJ Water & Mold works with all NJ insurance companies on covered claims and offers discounts to those not covered by insurance. Professional service to homeowners, property managers and insurance companies alike. We also offer complete restoration services to our clients....

Precision Painting Plus is a well-established painting company serving the NYC area. The Precision Difference upholds ourselves to the highest standards to deliver premium quality, honest pricing, and on-time project completion work for every customer. We only work with skilled, trained professionals that use premium paint for their project. We deliver honest pricing with no vague or hidden fees. With on-time scheduling and daily communication, we reassure customers a worry-free experience. You can count on us to deliver the best project experience for you.  …

They were friendly, hardworking and courteous.

The customer had a mold issue from a leak in the kitchen that was unresolved with the insurance carrier for over a year. They asked us to resolve it. We negotiated with the carrier and were able to mitigate the mold issue and then installed a totally new kitchen for the homeowner - new cabinets, granite counter top, tile floor etc - the total $ for the clean up and restoration was almost 30k and about half the cost was covered by insurance. A great outcome for the homeowner. We were happy to be of service.
5.0

It was a big job. Rolled up rugs and sealed hardwood floors against dust/mold. Protective runners on other floors, stairs. Everyone who came was very polite, knowledgeable.One attic very moldy; cleaned and sealed rafters; replaced insulation. While working, sealed off the rest of the house, including closets, from the work area. Moved bedroom furniture out of and back into bedroom that had ceiling and wall damage. Repainted bedroom.

We had a sewer backup in our unfinished basement. We weren't sure what to expect as we never experienced this before. I selected Service Team of Professionals of North Jersey, LLC because of the reviews I read here on Angie's list. When I first called, I did not get anyone on the phone. I received a call back within minutes. (I did not leave a message.) Ada asked if I had called, took my information and said someone would get back to me. Within the 1/2 hour Dennis Chinea called and asked questions to understand what was needed. He explained that the problem was probably covered by my homeowner's insurance, which it was. Once the estimate was approved, Dennis worked directly with the insurance company; eliminating all the follow up phone calls I would have had to make. He was also very flexible and worked around our schedule. His team showed up as scheduled, walked through and discussed what would be done before they started. Because I have a lot of materials for creative projects in the basement, it wasn't a straight forward job. I had to let them know what would be discarded and what would be cleaned. At my choice, I worked with the team the first day because there were so many decisions to be made. When something could not be safely cleaned, they advised me and got my approval before moving it to the discard pile. They took everything out of the basement and made two piles; clean and save, discard. They individually cleaned each item and then boxed them up. Everything was staged on plastic and covered with plastic to protect it from weather while the inside floor and walls were being cleaned. After the floors and walls were cleaned, they set up huge industrial dehumidifiers. These were left running for a few days. They stopped back and inspected to see when they could be removed. Then all of my belongings were moved back into the basement. I was not there the day this was done. I suspect if I wanted them to put things back where they were originally, they would have. But since the basement was so clean and everything was out of the way, we decided to redo the cement floor and walls!! The process couldn't have been easier. The people couldn't have been more kind, or more professional. What could have been a nightmare to recall at holiday gatherings is now a great story to tell about great people doing a great job at a fair price, helping other people get back to normal.

Description of Work
Remediated a sewer backup in our unfinished basement

Let me star by saying that Dennis was extremely responsive and helpful even though he didn't directly solve the problem. We had been away for 2 weeks and returned to a horrendous smell in the basement. We noticed what we thought was some mold in our laundry sink (where our dehumidifier also drains). I cleaned the mold with chlorine and we left for the weekend. When we returned Sunday night the smell was worse. I called Dennis at 7:04pm, even though his hours are listed with a 7pm closing time (hours on a Sunday? who does that?). The woman who answered explained that we should open all the windows and let it air out for a couple of days. If there was still a smell, then it would be appropriate for him to come out and inspect. We did that, but the smell was so bad that I called back and left a message. To my surprise Dennis called back within 10 minutes. He didn't have his Monday schedule with him and said he would call back the next morning. That day, after completing his other scheduled commitments, he came over around 11:30. He examined the problem and explained that it wasn't mold creating the smell (naturally, I had no way of knowing what mold smelled like). He thought it was a sewage smell and recommended we call a plumber. The rest of the story has nothing to do with Dennis, but I don't want to leave you in suspense wondering what the problem was. The plumber came and found all the drains functioning properly, so he got a methane gas detector and found the source of the smell to be a leaking sump pump backup battery. Who would have thought?

Description of Work
Examined for mold. Explained that our problem wasn't mold and what he thought it was and advised that we call a plumber.

No complaints about STOP NJ. Dennis was honest, accessible, responsive, and timely. He and crew did an excellent job. We had developed mold on the undercarriage of our roof and the attic floor over my daughter's room. They cleaned the area, replaced the insulation, and tore out the damaged sheet rock. I would use these guys again as well as recommending them.

Description of Work
Mold remediation in the attic, replaced the insulation, tore out sheet rock in my daughter's room that was damaged.

I called to request help and a group of workers were at our house within 90 mins. It's an very uneasy feeling seeing water leaking into your house and even moreso unsettling seeing your house torn apart, but they were good at communicating and putting my worries at ease. I have two toddlers and the workers made sure the area was partitioned off completely when they were done so my kids could not get hurt from exposed nails, etc.

The owner called back immediately and was able to send his team out the next day. They evaluated the flood damage. They brought in their equipment to dry up what had been there. They ripped out the wet flooring and carpeting to stop any mold issues. The follow up is ongoing. They will be doing the restoration work as well. They were extremely helpful. They helped my parents file the insurance and also with the paperwork and the reports that they needed for that.

Description of Work
It's a flood remediation company. In January, my parents woke up to an exploded radiator in their kitchen. The water was flooding their kitchen. We needed somebody to come in and verify what damage had been done to the kitchen and the basement. We called them based on reviews on Angie's List.

From the minute I called about the "flood" in my basement Dennis and his team couldn't be more responsive, professional or punctual. I called him late evening and he met me at the house the next day and work started right away. Dennis explained everything and help me understand the process with my insurance company. Couldn't ask for better service and I would recommend this company to anyone in need of their services.

Gave great advice on how to redress. Punctual, professional, pleasant.

Description of Work
Took readings on humidity and walls. Analyzed risk of mold.

There were no problems. Everything when smoothly and according to plan. We were kept informed. The job was completely on a timely basis.

Description of Work
Provider demolished, removed, and cleaned a mold-infected area of the basement. Also cleaned and boxed salvageable items.

All water damage/flood clean up and repairs, certified mold remediation, sewage back up clean up, fire & smoke damage clean up, storm & disaster clean up. Complete reconstruction/restoration for contents and structure.