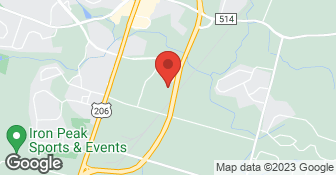 We are a fully licensed and insured home improvement company. We use only our own skilled and trained workers. Please ask us about our ongoing specials and those for senior citizens and teachers. Financing is available....

We hired Kepo to do a major exterior renovation on our home including Hardie Plank siding, the addition of a portico, a Trex deck, roof, gutters with leaf guards, and stone veneer on the portico and our chimney. They're not the cheapest around, but also not the most expensive (like some contractors that do a lot of marketing). The quality of their work is excellent and they have stood by it even years later. We had a small issue with our deck where the Trex was sagging in one part - they came back two years later without an argument, tore the decking off, reinforced the structure, and reinstalled the decking. I have recommended them to friends and relatives who have all been pleased with the quality of their work.

The crew of four came to the house at the scheduled time, even though there had been a recent snow storm. They installed the 8 windows and patio door very professionally, at a reasonable price. Everything looks great and it's a lot less drafty. They overcame an issue regarding the door size and didn't charge extra. I definitely recommend Kepo.

Removal of existing patio door and replacement door was installed! This was three floors up and the door is a larger size 8ft. From initial contact to the final installation they are true professionals!

Had a great experience with Kepo windows at the height of the COVID -19 crisis. I had confirmed an order just before COVID hit and despite the challenges their professionalism didn’t waver. Kepo Windows kept their commitment and got me my 31 custom- sized replacement windows and a special order for a 12-foot sliding patio door manufactured and installed as scheduled. They were efficient and thorough, following all safety regulations and using PPE as required according to mandated protocols. We absolute love our new replacement windows and patio door and are happy to see how energy efficient they have been, bringing down our energy costs. I highly recommend them for their professionalism, great products and neat work and would definitely work with them again.

Description of Work
Install Replacement Windows and a Patio Door

They were amazing. Very professional. I am hiring them again for something at our business.

The Kepo windows team was amazing. A team of 4 showed up and like an assembly line, each person was efficient and professional. The entire job included replacing 13 new double hung vinyl windows. The job started and ended in the same day. The crew cleaned up after themselves and took the debris (old windows) with them. I would recommend the Kepo team to anyone needing new windows, I would also do business with them again.

Thanks so much, [Member Name Removed]! We're glad you saw how well our installers work together. We try hard to minimize any inconvenience to our customers and cleaning up the job site is a big part of that. We're so encouraged that you would consider coming back to Kepo for future home improvements. Keep in touch!
5.0

Excellent experience from start to finish. This company is very responsive to its customers needs and proved it with their honesty, integrity, and quality product and service. A family business, even the owner was involved in my job -- coming to our house to take the window measurements himself, and the sales and installation teams were nothing short of remarkable. The windows made our porch project better than we hoped for. We are so happy that we decided to go with Kepo on our window project and will use them again on future projects, no reservations what so ever.

Thank you for taking the time to write this review! We're so encouraged by your positive experience with Kepo.
5.0

Kepo was the absolute best! I would recommend them to everyone! Very professional, fair and neat! So easy to work with. This project (although very large) was a pleasure and all due to the people at Kepo!

Thanks, [Member Name Removed]! It was a real pleasure working with you and we're so glad that you're happy with the job. It's incredibly encouraging that you would recommend us. That's really the best feedback we could possibly get. Thanks again!
5.0

Great! The work was done quickly and well.

We ordered three large custom sized trapezoidal windows from a window company (not Kepo). After about 4 months of waiting for the windows, they sent out an installer. I basically had to “kick” him and his crew out of our home because he was so rude and unprofessional. He did not want to be there on a Saturday, as if that was our fault. But that’s a different company’s review. This review is about Kepo Siding & Windows. After kicking out the installer I had 3 windows that needed to be installed. The window company I ordered them from was unable to secure another installer as apparently they contract the work out to non-employees. So after some internet searches I came across Kepo Siding & Windows. I called them expecting to be told that they would not install windows that someone else measured and provided. But, I was pleasantly surprised. Not only did they come right out to inspect the windows, they provided an unbelievably reasonable estimate and quickly installed them as promised. They sent over a couple of gentleman that were just that, gentleman. I’ve never met such a kind, respectful, caring, and professional crew in regards to the treatment of our home and us. They were meticulous. I’ve hired many contractors and these days you’d be lucky to see one use a level. The window installation was complete and absolutely perfect. I immediately hired them again to purchase and install a 30’ glass railing in our loft overlooking our living room. Another meticulously completed job. This involved more than a railing. We had large, old, 8 inch support beams that were going to look out of place with the new modern glass railing. They designed a solution to wrap them with wood that we pre-painted black. It was nice to come across a contractor that could not only purchase materials and install them, but also provide design solutions and suggestions. We didn’t stop there. We had two very large picture windows that needed replacing. This time we purchased the windows through Kepo. Two weeks (not 4 months) later our windows were onsite and installed. Consistent to their style, a very precisely measured and installed project. It was perfect! We thought our projects were over at that point. During a very bad wind and rain storm some siding wrapping was peeled from our home exposing the underside material. This was at the peak point of our home about 30’ high. I had no idea who to call as the folks that installed our siding were unresponsive. During the storm Kepo answered their phone and came out immediately and completed the job in an hour, or so, protecting our home from any rain damage. We can’t say enough about this company! Very fair prices and professional employees who are courteous, on time, and leave a clean job site. We plan on hiring them again for some roof work and have them correct a failed deck installation by a prior contractor. Do yourself a favor and reach out to these guys. We’ve renovated 5 homes and have never come across a contractor (other than Kepo) that we would use over and over. Kepo you guys are great!

We do not repair windows, screens, doors, or roofs.

Kepo Siding & Windows is currently rated 5 overall out of 5.

Are there any services Kepo Siding & Windows does not offer?

We do not repair windows, screens, doors, or roofs.