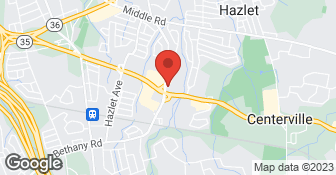 At Fast Moving Group our mission has always been to provide customers with professional, high-level, and unparalleled services. Fast Moving Group liaisons, take pride in facilitating smooth, ethical, and affordable relocation services to our customers through our network of FMCSA Carriers and internal network. As relocation experts we take the moving-coordination-stress off of you the customer. Fast Moving Group takes on the role of coordinating, pre-screening and ensuring that your move is as we would want and expect for our family and friends. We specialize in household goods/residential, commercial, and auto moves....

I booked a move with this company and everything was fine when they took my money. On the day of the move, I contacted the mover around 830am that morning and asked him what time he would be there. He said 2pm. (I should have known something was up when it took him 2 hours to respond).2pm came and went and still no mover. Almost 3 and a half hours later there was no mover!!! I called the dispatch to see what the issue was after repeated failed attempts to contact the driver myself. The representative did get the driver on the line and I could hear the driver on the other phone say that he went to take a nap. A Nap!!! I told the company representative that I needed to go to an event and I was already late. The company representative had the audacity to question what my event was about! It was none of their business what event I had planned. What was there business was to come and move my belongings and they failed miserably. The representative on the phone acted like he didn’t understand why I was upset. I asked for my money back multiple times but they said it wasn’t their fault. I was so upset!!! How was it not their fault. After some back and forth they realized that the mover was living in a completely different time zone. But somehow this was my fault as well. It is the responsibility of the company to understand issues like that not mine. That’s why I paid them!!!! I had to be out of the house on that date and I was moving out of state. I ended up paying all sorts of fees and then moving my belongings myself. This was the worst experience ever!!! On top of all the fees I had to pay. This moving company kept my deposit!!!! Can you believe it!!!! All that negligence from the company and they kept my deposit because I couldn’t stay and wait for an undisclosed time for their driver to arrive. I have to pay this company to put my life on hold while their employee gets paid to take a nap and not show up when he said he would. DO NOT USE THIS COMPANY UNLESS YOU LIKE PAYING FOR SUBPAR SERVICE AND EVEN LOWER CUSTOMER SERVICE!!!!

This company is a broker who then finds a mover to do the job. They add $500 to the estimate which is their fee. The quote they give you is not what you will end up paying and the contract you sign with them says the moving company can charge you more based on a variety of factors. My wife had concern that when the movers came, the piano would be an issue so they went ahead and added $300 for bulk item. Then my wife told them we needed delivery on the weekend due to job-that was an extra $750 to guarantee a date. Then a few days before the movers they hired were to pick up the furniture, Cathy from dispatch calls to review the furniture list and tells my wife that many items have to be bubble wrapped. (which would have been nice to know sooner than later). Cathy said it is cheaper if we do it ourselves. (we asked how much the movers charge if they wrap-Cathy did not know). So we went and spent $100 on bubble wrap and packing tape and wrapped the items Cathy told us to wrap. Then the company that was actually going to move the furniture calls and tells my wife that the price really looks too little for what they need to move and that they will pick up tomorrow. My wife called Cathy in a panic and told her that the movers already expect more money and Cathy said she would have her supervisor call the movers and she "promised to call my wife back". She did not call my wife back so that was a sleepless night. The next day my wife calls Cathy and told her that we calculated the cubic feet and we were 97 CF less than their estimate. Cathy explained that the movers look at how much cubic feet the furniture takes up on the truck (for example you can not stack on the piano). Since we were already 97 CF under their estimate, all that made sense and we decided we were in good shape and their estimate actually worked out and my wife was able to add a couple more pieces onto the moving truck. Would have been nice if this was explained to us ahead of time. We did luck out because the moving company they hired did a great job wrapping the furniture and only charged us an additional $120 for wrapping supplies. The moving company also did a good job delivering and, under the terms of the contract, could have charged us extra due to the distance they had to walk and use the elevator--but they did not. That moving company received a 5 star rating. Fast Moving Group never followed up to see how the delivery went.

Description of Work
out of state move

Shipping my cabinets from Chicago to New York reach out to fast moving group get an estimate from jamal I didn’t agree right away he called me leaving message for 2 weeks asking if I’m ready to ship my cabinets next 2 weeks i called them sign the contract worse decision my cabinet arrived broken i reach out to fast moving group no help nothing be careful of this moving company first off there not a moving company there a broker which they don’t disclosed once they get that $500 deposit that’s it then after they pick up your item you get another bill that’s different from the contract you sign….anyway after my cabinets arrive the delivery person write down and took pictures of all the damage once i see they didn’t reach out to me i reach out to them they didn’t help in no form of way its 3 weeks not one phone call from them…for a family own business fast moving group should be a shame to conduct business in that manner people be aware of this company there very unprofessional they just need that deposit very disgusting, broker/shipping company …..BEAWARE !!!!!

Description of Work
Moving my cabinets from Chicago to new york

My move went fantastic. Fast moving group made my move really easy and stress free for me and my family. They were there the whole way through and did everything from booking the move to all the labor. We didn’t have to worry about a thing. I would definitely recommend hiring fast moving group for your move. If we ever move again I will definitely be hiring them again. It was also extremely cost efficient. They gave me a great price and my price never changed exactly like they said it wouldn’t. Overall great customer service and great services provided.

Seamless without any issues. Timing was perfect and handled all my belongings with care.

The name does not betray the service, this was indeed a fast moving group. I had a considerable amount of work to do, ~7k was a fair estimate considering the other options were higher. Well done, thank you and would use again!

It was a stressLESS process, all I did was open the door and the team of professionals took over. They were pleasant and accommodated all of my last minute requests with a smile on there faces. Moving across the country was a little scary but I had such a great team working for me that I knew I had nothing to worry about. If you are moving I highly suggest contacting Fast Moving they take the worry out of everything including the cost. By far the best money I spent all year

We are a full service moving and storage company. We only hire full time professional movers who are trained in our facilities. All our men will arrive clean cut and uniformed. Our truck are painted like Holstein cows!!!  …

Our business is our livelihood but it is also so much more. Affordable & Assertive Moving & Storage LLC was started to fill in a void in the current market and to make a business that people can place their trust in. Over the years we have never lost our commitment to our clients and that is what has allowed us to succeed in a very competitive industry. The employees of Affordable & Assertive Moving & Storage LLC stand committed to our purpose and will provide the best service!  …

We offer quality and affordable moving services. Give us a call or click to schedule an estimate, today!  …

No, Fast Moving Long Distance Group does not offer a senior discount.

No, Fast Moving Long Distance Group does not offer warranties.