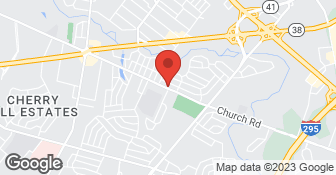 Our vans are Equipt with all the tools that are require to get the job done in a profesional maner.  …

COVID-19 UPDATE: We are open and available to offer free, no contact estimates for your replacement or installation. Our remodeling consultants can use satellite imagery to assist in our roofing and siding estimates. We can offer pricing and a quote via phone and email. Don’t settle for second-rate contractors. Hire the experts at NexGen instead. Trusted and respected throughout the community, we provide our customers with quality service and treat them with the respect they deserve. Check out our image gallery below to see dramatic before and after photos!  …

He's got to be dead by now. He was the worst. Him and I went 'round and 'round many times. I just remember that his name was Lou. He promised me that everybody worked for him and he was subcontracting out all of the work. They did not do very good work. I actually ripped some window trim off and made them redo it. Because I specified exactly what I wanted, the price wasn't bad. I would never, never, never, use them again. When he came and gave me a bid on windows and siding, he told me that he had installed Anderson windows before and then I find out he had never installed Anderson. He had only installed, he had only installed replacement vinyl windows not Anderson Windows. They're very expensive windows so he had to do a lot of fill work around the windows because of all the plaster and stuff. They don't make a window to fit an opening. They're standard sized windows and you make the opening around them fit. They're not replacement windows and he told me had experience doing this. He told me that he owns his own company and had his own employees. I found out he had subcontractors doing the work. Some of the guys didn't know how to make the windows fit. They didn't know how to trim them out. I specifically asked them not to caulk the windows because I was going to stain them. They're all wood windows and you stain them any color you want. I come home one day and the guy put silicone caulk around the windows and you can't stain over silicone. So I pulled it off. As I was pulling it off, some of the trim came off the wall. They hadn't even insulated around the windows. It was like a 4-inch gap. I called them and I had them come over and I said to him, "would you do your house like this?" He look at me and he was like, "what? What do you mean?" I said, "would you put windows in and not insulate around them?" He said, "no, we should have put insulation around them", and I said, "well, why didn't you?" It ended up in a screaming match and me asking him how many old people he screwed in this neighborhood because these are all old homes. I made him take all the trim off, replace it because the silicone was all slapped all over them, insulate them, where he couldn't fill in around the windows because it was plaster, because he didn't have anybody that knew how to do it on his crew, I made him do crown molding around the tops of them. Him and I went 'round and 'round about the windows. He should have said he wasn't capable of doing the job. And, he lied to me and told me didn't subcontract out, they were all his employees. Then on the siding outside, the subcontractors that he hired did a pretty good job. They really did, but it took them weeks. I mean it probably took 6 weeks overall to do the windows and siding. When it was all over we hated each other. I specified a specific siding that I wanted and windows and he was used to working with more replacement windows where he would have the company comes out and install them and cheaper siding that was easier to work with. This was more of a rigid siding and it had the wood grains so they had to match it. I knew because I had done my house in MO with them and had a great experience there. I didn't get enough bids, which was the bottom line, before I accepted his bid. He was a very personable older man and I thought I wanted to give his company the money. I knew he had been faster at the time and all this stuff, but he was horrible to work with. He has to be dead. His son has to be doing this now. That was 13 years ago and he had some type of cancer and was in treatment. He was old then. He was in his 60's then. Maybe it's improved, but my experience with horrible and I would not recommend them to anybody.

Description of Work
There was an old man that did my siding when I first moved in here. He did siding and windows for me since the house was old and needed a lot of work done to it.

Windows and siding were delivered as planned. The owner had assured us that he had his own crew. This turned out not to be the truth. He subcontracted out and workers would show up when they wanted to. Because they were paid so low, they would opt to work for other people on other jobs instead of coming to finish the job that was started. Building permits were not obtained - which we found out when we had building expector inspected the shoddy work peroformed installing sliding glass doors. Header had to be replaced over doors. Windows were initially installed with no or very little insulation around the sides of windows. "Finish" carpenter had no formal experience - was an unemployed relative. Dealing with this outfit was extremely frustrating. While the owner made good on promises, if we had not watched installation ever step of the way the workmanship would have been extremely shoddy. During a conversation with the owner, I questioned how many people he had taken advantage of over the course of the years he had been in business. He as as displeased with us, as we were with him. THe job took over a month to complete. The end results look fabulous, but it was a long and painful struggle to get there. While I would hire some of the carpenters that came and went, I would never do business with Allied again.

Description of Work
We hired Allied to install siding, windows and door to our specificians. We specifically wanted a certain brand siding and windows. Original pricing was fair for what the materials ordered were.

THE OWNER & EMPLOYEES OF THIS SMALL COMPANY WERE PROFESSIONAL & OPEN TO COMMUNICATION. THE PRODUCT THEY OFFER WAS OF GOOD VALUE & CORRECTLY INSTALLED. THEIR OVERALL RATING WAS GOOD.

WE WERE EXTREMELY PLEASED WITH THE QUALITY OF WORKMANSHIP BEING PERFORMED ON OUR HOME. DELAYS DUE TO WEATHER WERE MINIMIZED BY THEIR MOTIVATION & HARD WORK ON A DAILY BASIS.

Description of Work
THEY WERE REQUIRED TO INSTALL NEW SOFFITS & SIDING OVER THE EXISTING CLAPBOARDS. FURTHER, THEY WERE TO INSULATE THE ENTIRE 3 STORIES WITH 3/8' INSULATION.