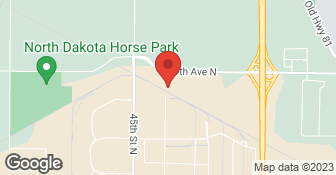 K&S Carpet Cleaners & Restoration is an IICRC Certified Firm in business since 1986. Serving the Fargo-Moorhead area, K&S' services include water removal, rapid structure drying, fire and smoke clean-up, ultrasonic cleaning, carpet and upholstery cleaning, auto interiors, odor control, mold clean-up, air scrubbers, ceramic and vinyl tile cleaning, truck-mounted steam units and air duct cleaning and sanitizing. As of 2010 Shaw Industries the number one manufacture of carpet in the world will only allow companies that are certified by the Institute of Inspection Cleaning & Restoration to do warranty work in its carpet products. K&S is an IICRC Certified Firm and guarantees all of its work 100% or we will come back and clean again at no charge. K&S also works closely with all major insurance companies to handle fire or water damage losses and works closely with our clients to assure your home or business is restored to a pre-loss condition. We offer residential and commercial carpet and tile cleaning and our complete 6-step cleaning process includes: #1 Pre-vacuum carpets #2 Soil Preconditioning #3 Stain Pre-treatment #4 Hot steam neutral rinse #5 DuPont Teflon advanced treatment (additional fee) #6 Carpet grooming Call, or visit our website today to learn more about our quality service and pricing. Your satisfaction is guaranteed!...

We specialize in all phases of remodeling for your home, bathrooms, kitchens, finishing basements, and more! We guarantee your satisfaction, and we won’t leave until the job is done right. We pride ourselves on the quality work we provide, while delivering great customer service! Check out all the services we offer below and call -or- click to schedule an estimate today!  …

In Business Since 2015 Welcome to UpBuilders, LLC. Our experience is serving our customers with 100% satisfaction on every project we take on. We will give you the peace of mind you need and deserve. UpBuilders LLC, happily services the community with integrity, professionalism, and competitive pricing. We are fully licensed and insured, and have built a reputation for quality work with each satisfied customer. Thank you for the opportunity to introduce our company to you.  …

Terrible. After they were done, I couldn't tell that they had been there at all, there was not a single spot or stain that was removed. The stairs even looked worse than what they started as (although that may have been because the carpet fibers had been lifted up or turned a different direction). When I made the appointment, I had indicated that I had to leave no later than 11:30, so they said that they would be there by 10:45. At about 11:10, I called - the receptionist had no idea where they were. They called me about 10-20 minutes later, saying that they were just arriving at their 8:00 appointment. I had to leave before they arrived, and a friend let them in. She said that they did the entire house (four bedrooms upstairs, hallway, three rooms downstairs, a total of about 3000 square feet) in less than an hour. Which implies that they didn't really try. I did not expect all of the stains to be cleanable due to age and what they were. But I did expect that the common pathways and some of the smaller stains would at least be noticeably cleaner. They can do better than that. I won't use them again. I expect a level of promptness and professionalism, and at least some attention to detail.

Description of Work
Clean all of the carpets in the house that I am selling.

Description of Work
Cleaned some carpet, a sofa and two chairs

This company was able to give me a quick accurate quote over the phone and accurate cleaning time. The person who answered was polite and patient. They arrived a few minutes early. The on-site controller (he handled paperwork) was quite unprofessional and kind of rude. On answering my questions he seemed uninterested and annoyed. He asked for my signature with out explaining what he wanted me to sign and asked for payment. I left to let them work. They finished everything in good time. My handwritten not legible receipt was left on my counter. The over all cleaning was okay- but the walkway path in the carpet that was I front of my couch was still visible and looked untouched. I called to complain, and they said that in the case that it does not meet the apartment standards, they would revisit and clean again. My apartment complex allowed it to pass so I did not contact them again. I appreciated their concern, and willingness to fix my experience.

Description of Work
Professionally steam clean my apartment carpets and steam clean the cloth blinds for my move out.

The gentleman called to say they might be late because they needed to fill the tank with more water. I thought this was nice. It ended up they weren't that late. They cleaned the carpet timely and effectively. Before they left, they went overt the job with me to make sure it was ok.

They fit us in on short notice. They were on time, worked efficiently and did a great job! We have used their services many times and are always pleased.

Description of Work
Carpet in the living room cleaned

I received a quote.

Description of Work
Very competitive pricing on duct cleaning. However, I went with another company.

The employees were a little late but there was a nearby bridge out for construction and I can understand a delay when you have to find a detour route. If you are looking for a guy in a snappy uniform with his name embroidered on his shirt, this isn't your company but if you want friendly, polite, helpful employees and a good value, you will like these people. We had them clean our duct work and they were careful and clean about moving through the house with hoses. I felt they were thorough and I liked their attitudes. (two women) We also had a couch and love seat cleaned. The couches are white and beige and looked very nice when they were done. When I asked advice on cleaning spots from my couch they took the time to show me their technique for removing spots. Their materials were nontoxic which is important to me. I did a little price checking in the area and their prices were the most competitive. If they are cleaning your duct work, be prepared to let them use a sink (laundry room would be best) to clean your registers. They were careful and neat.

Description of Work
We had our forced air duct work cleaned and a white and beige couch and love seat cleaned.