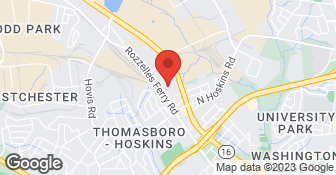 Philcron Automotive Service has been serving the Charlotte area since 1979. We offer professional automotive service by our ASE Certified Technicians using the latest tools, equipment, and technology. We take pride in offering our customers quality service at a fair price. Our mission is is to provide high quality auto care in an honest manner treating our customers and employees with dignity and respect....

Philcron Auto Services is amazing. I was so pleased with my experience here after a rough few days with a broken down car and a poor experience at the dealership (where I originally towed my car to get fixed). Sherry was so pleasant to speak to and accommodating of my schedule and situation. I haven't had a mechanic in the 4 years I've been in Charlotte and it is so hard to find someone trustworthy. I know I can trust the people at Philcron and will be coming here from now on. Thanks so much! Highly recommend!

Thank you for taking the time to share your experience with others. We enjoyed meeting you and look forward to taking care of your vehicle for many miles to come.
5.0

I trust Larry and Sherrie. Always patient and responsive. You can just tell they are "good people". So, I would use them again, if the need ever arises. Just charged me for the diagnostic fee, which I did expect.

Description of Work
Had my vehicle towed in. Had a radiator leak but the engine had burned up enroute to home. Towed it to Philcron and they gave me the sad news that my 16 yr old truck's engine was toast. Larry and Sherrie gave me several options. The most practical one was to sell it to them since I didn't have the time or facilities to install a new engine. Didn't make sense to do so.

I could not be happier with the people at Philcron. They always fix my car in a short amount of time and for less money than I expect. On this particular visit they accidentally charged me for two services they did not perform on the car. Then they called me back a few hours later to tell me and refund the money. Name another mechanic who would do that! I've also dropped my car there expecting it needed a lot of work and that I'd have to pay a big bill (like $300+). Nope! They changed the gas cap -- problem solved. Cost about $30 or thereabouts. In short: the folks at Philcron have proven to me time and again that they are honest, hardworking people who do a good job at a good price. I've been through a lot of mechanics (as I'm sure you have) and that's not easy to find.

Description of Work
Inspected car for registration sticker. Repaired leaks in the evaporation system so the car would pass.

Thank you for taking the time to share your opinions on the service you received at Philcron Automotive. We will work hard to continue to give you excellent service for many miles to come!
5.0

It took them probably 4 hours to do the work. They called me when they were finished.

Description of Work
I use Philcron for auto service. They had to replace the catalytic converter and do an inspection for me. They also had to replace another part.

Thank you for taking time to post a review of our services. We appreciate your business.
5.0

It was fine. I have always been very happy with their work. I have gone to them every year probably for about 6 years for an inspection.

Description of Work
I went in for an inspection.

Thank you for taking the time to write a review of your experience with Philcron. We appreciate your business.
5.0

They are excellent. They are always so kind and so polite whenever I am there and working for them. The first time i worked with them i did not even schedule an appointment, i called and they told me to come on in! It is somewhat off the beaten path, but they have a bathroom to use while you wait and also offer water and coffee which is a plus! They are also very honest, they wont rob you blind if you do not know anything about cars! Highly recommend.

Description of Work
They have done my car inspection for two years in a row.

Thank you for taking the time to write a review after our service to your vehicle. We appreciate your business!
5.0

Philcron Automotive is top notch! The saying goes "You get what you pay for," and although I probably could have used a different company and received a lower quote, there is no way they could top the service. First and foremost when I first contacted Sherry (the owner and operator) she was going to try and help me fix the problem with my front tire over the phone! I was extremely pleased right then and there. I had never used Philcron in the past and she didn't know me from Adam. That is the first sign of a good company with good people employed. I dropped off the car on Wednesday night and was informed my car would be ready on Friday. Thursday afternoon I received a call it was done-they received the parts earlier than expected. I was extremely pleased. This will be my continuous garage for repairs I do not have the time to do myself. Take your car here, you will not be disappointed.

Thank you so much for taking your time to write and review and for giving Philcron the opportunity to repair your vehicle. We certainly know you have a choice and we make every effort to make sure our customers and their vehicles get great care and service. We look forward to working with you to keep you car in great shape for many more miles.
5.0

They have done work for us for several vehicles over the years. We had gone to the mountains and the Cadillac, even though it is a 2004 it does not have 80,000 miles on it and apparently, things happen when you do not use a car a lot but they got it fixed. It took about a week to get the part and get it fixed but if we need to use them again we will go right back there again. We could go around and check somebody else but because they had done work for us in the past and we have had no issues with it, we went with them and we just did not want to start with anybody else. They are knowledgeable people. They checked the vehicle out and let us know before they did anything. It turned out fine. We have had no issues with Philcron nor the work that they did. Their price is something that we really cannot judge. For me, it was high but could they do it less, I do not know that. We did not have anything else to go on with. We only went to them. If we took their price it would be unfair to say that it was a 'B' because we have every right to go somewhere else. They were very kind and they have always been that way. They would call and let us know anything that was going to be running late or anything. They stayed in touch with us. They did not just keep the car, they called and did everything that they could. I hope that we would not have to use them again but we would if we have to. They were recommended to us by someone years ago so we went to them by recommendation.

Description of Work
The last time that we used Philcron Automotive Service was about a year and a half ago for doing some work on our Cadillac. They replaced the part that was on the outside of the transmission. They fixed two things that were wrong with the transmission.

Thank you for taking your time to share your experience with us. We appreciate the opportunity to do this service on your Cadillac.
5.0

The experience has been good. I have been using them for about five years. They have good customer service, speedy work and they stand behind their work. There is nothing bad I can say.

Thanks for taking the time to write a review. We appreciate your business!
5.0

I was just there yesterday and have been going there for quite a while. They are very careful and thorough. They do the work within the time they estimate.

Description of Work
They did an oil change, rotated the tires and replaced a headlight and brakelight. They also checked the brakes and just overall checked my car out.

Thank you so much for your business and for taking time to review us. We look forward to keeping you on the road in tip top shape for many more miles.

No License Required for Trade
Insured
All statements concerning insurance, licenses, and bonds are informational only, and are self-reported. Since insurance, licenses and bonds can expire and can be cancelled, homeowners should always check such information for themselves.To find more licensing information for your state, visit our Find Licensing Requirements page.
General Information
Free Estimates
No
Eco-Friendly Accreditations
No
Payment Options
Visa, MasterCard, American Express, Discover
Warranties
Yes

Philcron Automotive Service is currently rated 5 overall out of 5.

No, Philcron Automotive Service does not offer free project estimates.

No, Philcron Automotive Service does not offer eco-friendly accreditations.