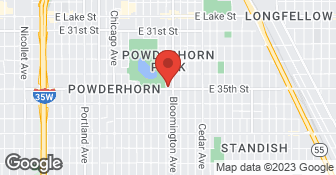 Whether it’s a Birthday, Bat Mitzvah, graduation, special occasion,or holiday party, Ear Things by Laura will come to your event and supply all the materials, including unlimited beads. Kids will take home up to three of their own original jewelry designs and parents will appreciate a creative project with built-in party favors! Cost is determined by the job. Additional web - www.earthingsbylaura.com www.twincitiesbirthdayparty.com...

Laura Wolovitch helped us make our daughter's 13th birthday party very nice. This is our second time using her services for a party. She came to our house and taught all the girls how to make jewelry. Before the party, the agreement was that up to ten people could make three pieces of jewelry. It turned out that we had six kids instead of the nine we were expecting, so Laura said they could make four pieces each, which I thought was very nice of her. They made earrings, necklaces, rings, bracelets, and book marks. Laura brings absolutely everything she needs, so all I had to do was provide the space. Everyone had a nice time and they all took jewelry home that they designed themselves. The girls were very proud of what they created.

Description of Work
The provider came to my daughter's 13th birthday party and helped all the girls create pieces of jewelry.

I called Laura two days before my daughter's 10th birthday party to see if she could do a party on November 24, which was the day before Thanksgiving. She said that she could attend. She quoted me a fee of $200 for up to ten kids, each kid would take home three items, and the choices were necklace, earrings, anklet, book mark, hairclip, ring, choker. She arrived on time at 6:15 and was ready to start the party at 6:30, just like she said she would. She had many choices of beads to use. With Laura's help, the kids were busy picking out beads, deciding what they were going to do, and creating their own unique jewelry. They all had a great time and had really nice pieces to take home with them. There was one boy at the party, and he had a nice time, too. Because we had only four attendees plus my daughter, Laura told me it would only be $150. The jewelry party lasted about two hours. It was great for all the kids to work on a craft together. I have given my daughter a birthday party almost every year, and this was the best party we ever had.

Description of Work
Laura Wolovitch, Ear Things by Laura, did a jewelry party for my daughter's 10th birthday.

All statements concerning insurance, licenses, and bonds are informational only, and are self-reported. Since insurance, licenses and bonds can expire and can be cancelled, homeowners should always check such information for themselves.To find more licensing information for your state, visit our Find Licensing Requirements page.
General Information
Free Estimates
Ask for Details
Eco-Friendly Accreditations
Yes
Payment Options
PayPal, Check, Visa
Senior Discount
No
Warranties
Yes

How is Ear Things By Laura overall rated?

Ear Things By Laura is currently rated 5 overall out of 5.

What days are Ear Things By Laura open?

Ear Things By Laura is open:

What payment options does Ear Things By Laura provide

Does Ear Things By Laura offer a senior discount?

No, Ear Things By Laura does not offer a senior discount.

Are warranties offered by Ear Things By Laura?

What services does Ear Things By Laura offer?