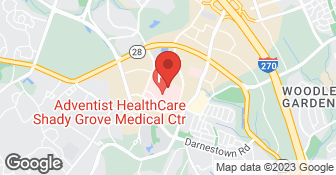 To see if this provider is board certified go to www.abms.org. There is 1 doctor at this site. Surgery is not performed at this site....

Description of Work
I had a face and neck lift.

I have been having this procedure done now for a few years by Dr. Olsen. I have seen amazing results. Numbing is done so the procedure goes very smoothly. Including those annoying wrinkles and even brown spots. The results improve more and more over the next few months. But the biggest asset going there is that they welcome you and provide a very warm and caring environment. They are 100% honest a...

Description of Work
Fractional skin resurfacing. It was done by Dr. Olsen (who is also his wife and best friend).

Before I talk about Dr. Olsen, I MUST first express high marks on the staff. Upon walking through the front entrance, Shelly greets you with smiles, warmth and if you're lucky, a hug as well. Dr. Olsen comes out and welcomes you and (yes, yet ANOTHER hug) and escorts you back to the examining room. She emits such loving warmth I cannot even begin to express with mere words. The procedures she does...

Description of Work
I have spider veins and his wife, Dr. Shirley Olsen, used a laser. She truly is an angel in disguise. She is amazing with her skills and equally with her care and bedside manners. Words cannot express what she does.

Every visit starts with checking in with Shelly, who is very friendly and helpful. Dr. D's nurse, Ellie, then escorts you to a waiting room. She has been with Dr. Dick since the beginning and knows everything. We have good conversations about kids, and aging gracefully. After Dr. Dick performs his artistry, you check out with Caroline, who has a delightful British accent and a delightfully dry sen...

Description of Work
I go to Dr. Dick regularly for Botox injections. Occasionally, I have other procedures done. In all cases, Dr. Dick has been friendly, knowledgeable, accessible, and has a lovely singing voice.

He is an excellent doctor. He is attentive and listens to everything that you have to say. I would use him again if I had to.

Description of Work
He performed re-constructive surgery on me.

EXCELLENT experience! I saw Dr Gregory a few years ago. I needed some skin tags/moles examined. He put me and my daughter at ease about the procedures. Was really nervous at first, got me to agree to procedure right on the spot. very friendly.

Description of Work
I went to Dr. Dick for a breast reduction surgery and subsequent 6 months of follow up care.

Post-op: After surgery I was in less pain than I had imagined. I had my mom(since I live by myself) stay with me the first 3 days to help out. On the 3rd day, I went back to his office so he could see me again and how I was progressing. Everything looked great. The anesthesia was lingering and I was feeling nauseous. By midnight that night, I was vomiting and had a migraine headache. I knew I was most likely severely dehydrated but called him and left a voice mail on his cell phone. He called me back immediately, in the middle of the night, and we talked for about 5 minutes on my symptoms and what I should do. I went to the ER to get fluids and by the next afternoon was doing much better. I was extremely impressed that when he said to call him on his cell phone at any time of day or night, that he answered and wanted to make sure he could help anyway he could. Day 8: Today I had an appointment, showed up 45 minutes early and they saw me immediately, since they knew I had such a long drive and the weather was bad. I apologized for calling him at midnight and he said he expected me to feel comfortable calling at anytime day or night if I had a question or concern and he was glad I had called. He said everything looks great and I agree completely. The ends of my stiches were trimmed and we talked about the changes over the next few months I'll experience since one was a tuberous breast. (honestly I can't even tell a difference between the 2 breasts, they look so good already!) I am so thrilled with the outcome and would recommend him to anyone. He was very thorough and straightforward about everything. His bedside manner is wonderful too! He did have a consult fee and the surgery was slightly higher in cost than many of the other doctors, but I honestly feel you get what you pay for. They whole experience so far as been great and I love my look already and it's only been 8 days!!

Description of Work
I must first start by saying Dr. Gregory Dick, his office manager Caroline and his other office staff are amazing! They made the whole process very easy, stress-free and accommodating. An example of this is, I have a 3-hour drive round trip when I go to his office and they work with my very difficult schedule. Plus he gives all his patients his cell phone number. Consult: The day of my consult, which I was able to get within 2 weeks of calling for one, was great. His office is very discreet and well put together. It felt like they wanted to make the whole process of plastic surgery a luxurious experience. I was the only patient there and Dr. Dick spent over an hour and a half answering all my questions. He went in very specific detail about the procedure and what he suggested would need to happen since one of my breasts was a tuberous breast. I tried on sizers, but he would not disclose the size I liked. He believes that often times people get stuck on the number and not necessarily about what looks best. He is known and prides himself on natural looking implants. I never did find out what size I went with until after the surgery. After talking with Dr. Dick I met with his office manager, Caroline, to discuss financing, cost, etc. She was amazing! I left the consultation positive I was going to go with him for my surgery, but decided to go to the other consult I had scheduled to see what the other doctor had to say, etc. Within 2 weeks of my consult with Dr. Dick, I scheduled my surgery for June 5, 2013. Pre-op: I met with Dr. Dick one more time before my surgery to discuss sizing again, any concerns etc. and to go over the pre-op instructions. The office staff and him were once again very accommodating and pleasant. I also was able to email his office manager Caroline any other questions or concerns I had. (Being a Type-A personality and a worrier, Caroline was a true blessing on easing my worries!)

Description of Work
We had cosmetic surgery.

Dr. Gregory Dick is a board-certified plastic surgeon specializing in cosmetic plastic surgery. He works closely with each patient to develop an individualized plan of treatment and is dedicated to helping you achieve a natural post-surgical look.