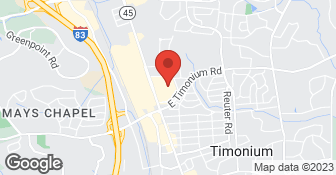 The only complaint I have is that when I went to pick up my new glasses they switched out the case the glasses originally came in (a nice looking case) for a cheap plastic case that broke within a week.

My son and I have been going to Dr. Barnstein for two years. He is very friendly and knowledgeable. Dr. Barnstein is really great with kids and understands their needs. With my son, he will need glasses but Dr. Barnstein suggested that he wait until the end of the summer since he really didn't need them while playing. We will be back at the beginning of August for a quick check and the select the frames. Great experience every time.

Exam and prescription went well. My contacts were ordered, but did not arrive in time for my vacation, so the office generously provided samples so that I could be worry free for my vacation.

What a great optometrist! Dr. Richard Barnstein is professional, gentle and reasonable, offering but not pushing me towards expensive options for testing or eyewear. I see him annually, and will wait for an appointment if he is unavailable. Actually, I usually have to book early because my work schedule is so hectic and he splits his time between two different locations. Professional Vision in general is quite nice, though expensive even with a vision plan. It's hard not to go back there, however, because they do have attractive eyewear and great service.

I've been a patient for about 5 years and one thing that always struck me asodd was the additional markups I was hit with or sold. The and quot;contact fittingand quot; charge I thought was a bit high but I could understand it. Anyway, about 5 years ago they got this high end camera system that allowed them to take high resolution retinal pictures so they didn't have to dilate eyes. Mind you this is an up charge and optional service but part of the pitch is they can track any changes year to year. Sounds great. Until this past year when the discontinued using it and, I kid you not, the person told me it was overpriced and not effective,and quot;but here's our new system and it does ...and quot; .. whoa whoa .. so what about my pictures on file? Gone. So the money spent, cash out of pocket, for and quot;historyand quot; and and quot;change trackingand quot;? Yeah gone. And the newsystem? More expensive .... and they have to dilate anyway? What? Also,the doctor I had been was seeing was gone and I was not informed of this till I arrived. I wasn't a big fan of the new doctor and she seemed dismissive of my concerns. I told her that I had problem focusing on nearby things and showed her the distance. She laughed and said if I had to worry about things a foot away I needed to find bigger problems. Here's the thing. I work on computers and my hobbies involve detail work at a close distance. If I am TELLING you what my problem is and you are DISMISSIVE of a FUNCTIONAL problem I am having then you have failed as a medical provider. I know there are other doctors there that people are a big fan of, but I can say that the sum of my experiences has led me elsewhere. I would still say in general that they are a decent provider but I personally have found better.

Description of Work
Had been going to this provider at their Ellicott City office for a number of years but a few things have happened to make me take my business elsewhere. On this occasion I was there for a standard vision appointment and to try out some new contacts. Details in the story below but in general I feel this provider is good but not great.

I only have so much typing in me right now; this shouldn't be a mandatory entry. :)

Description of Work
I don't get my eyes examined often, so my license renewal is a prompt to do it at least that frequently and not rely upon the MVA screening. I chose Professional Vision based on proximity to work as well as some Angie's reviews that went before. The testing and review were thorough and straightforward, though the follow-up was a bit sales-heavy, as noted here elsewhere. A purchase will be my first investment in prescription lenses - I use throwaway readers frequently, but am just beginning to experience imperfections at distance - and I wasn't prepared today to make this significant purchase decision. It also brought a bit of sticker shock, and I'll need to shop around a bit to determine if that's a reflection on PV or just my own naivete. I chose to write today mainly to update that Dr Hendin, who appears in other reviews affiliated with PV as well as standalone, was nowhere evident at the Timonium location. My paperwork stated Drs. Setren, Barnstein & Brannan. If you're following those reviews, you might want to dig further before proceeding.

Overall the medical professionals at this location are pretty good at their jobs and I have been going there for about 6 years. Over the last few years, while their service is just as good, they are constantly up selling both my wife and I. They are pretty constant in their pushing of the newest type of contact, which I know that they get kick backs for selling.

I have been going to them for years. He is very thorough and he refers me for medical care for anything over and above what he can handle. I have been very pleased with their services. The staff is very friendly and helpful. I've never had an emergency.

Description of Work
Dr. Benjamin Hendin is my eye doctor. He is with Professional Vision.

I think Dr. Hendin did a very good job. I like Dr. Hendin the best. I think he does a good job of carefully figuring out the right prescription. He is honest and straightforward with the best options for me.

Description of Work
I use Professional Vision for my eye care. I have seen Dr. Hendin, Dr. Brannan and Dr. Sukontasup there.

My whole family goes here and it's always been a good experience. We've gone there for 20 years.

Description of Work
They do my general vision work, glasses, and contacts.

We have never had a problem with them. They have always been very responsive and very helpful. Our overall experience with them has been good.

Description of Work
We used Professional Vision as our ophthalmologists.

It is a family owned business and do a pretty good job. The selection of frames isn't the greatest but the doctors and staff are very good.

Description of Work
We go here for our eye care needs.

I had a slightly new prescription so everything was blurry and weird at first. After adjusting to my new prescription, I noticed I was still having trouble focusing near and in the midrange. I went to the Wright Brothers Museum during vacation in late June and I couldn't read the placards next to each display because they were too out of focus. Right after vacation, I trotted into Professional Vision to have them check my glasses. After checking them, the young woman said they were made according to the prescription and I needed to see my opthamologist if there was a problem. She adjusted my glasses down thinking I might need to look through a different part of the lens (I'm also nearsighted). I made a Saturday appointment with my opthamologist for 7/30/11. His office had to call and reschedule my appointment for the 8/6/11 because the doctor was held up in surgery. After examining me, he said that I wasn't crazy and took me over to his opticians. They checked my glasses and found that the axis of my left lens was 135 when the prescripton read 25. I went straight from my opthamologist to Professional Vision. The woman I saw (Jeanne) checked what they had ordered and saw that they made a mistake in their order to VSP. Jeanne told me she would order my new lens that Monday (8/8/11). I called on 8/12/11 and my lens had come in and she checked to make sure it was right. It's so nice to finally see clearly. Professional Vision should have caught the mistake when I went in in early July 2011.

Description of Work
I purchased new glasses, which I have done at least twice before from this provider.

They are great. They are terrific,

Description of Work
I go there for my routine exams.

How is Professional Vision overall rated?

Professional Vision is currently rated 4.6 overall out of 5.

What days are Professional Vision open?

No, Professional Vision does not offer eco-friendly accreditations.

What services does Professional Vision offer?