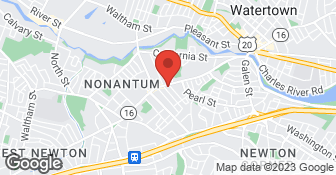 Delivering Outstanding Service for Over 20 Years!! Advance Auto Center, owned and operated by brothers Michael and Stephen Solari, has been delivering outstanding service and repair for all foreign and domestic vehicles for over 20 years. Established in 1989, our satisfied customers have been with us for so long that their children are now customers too. “Word of Mouth” has always been our best advertisement. We handle a wide range of repairs every day. We start with a thorough diagnosis of the problem. We then call you with an explanation of the repairs needed and an estimate that includes any charges for parts and labor. Family owned and customer focused, we make sure that you can count on your vehicle–not worry about it. We believe that your vehicle’s main purpose is to serve you, doing what you want it to do, not dictating what you will be able to do. So give us a call, or stop by to see us, you will get to know that we have the background needed to keep your vehicle running like it was made to....

I called Advance Auto Center on Wednesday, before the Memorial Day Weekend. (Busiest time of the year for auto repair) I spoke with Stephen, the owner. He said to bring my car in on Friday, and he would try to fit me in. I arrived at 10:00 AM. The place was packed with cars. Stephen got me in and out within 90 minutes. He fixed an electrical problem that three other mechanics, including the dealer, were unable to figure out. Great service, friendly and professional

The work was always excellent and on time, advance estimates were accurate, staff friendly and knowledgeable.

Description of Work
They have serviced cars for us and our daughter and son-in-law for a number of years (Toyota Camry and Corolla, and an old Ford Escort).

I love this garage! We have used it many times and never been disappointed. We were told by Direct Tire that we needed the above work done and the cost would be approximately $950.00. We were quoted a price of approximately $650 by Advance Auto Center for the same work, but that they would check first to make sure all the work was necessary (which it was). The work was done perfectly and we saved $300. The shop is friendly, organized, and responsive. Going forward, we plan to use Advanced Auto Center for all of our car repair needs.

Description of Work
Replaced front end tie rods and did an alignment.

My car would not start so I took it to the dealership (Lexus of Watertown) and was quoted $2,300 to replace the starter, alternator, and battery. Because I thought the price seemed excessive, I called Advance Auto Center to get a quote over the phone for the same service. They quoted $1050, but said they doubted that I would need a starter and alternator. I decided to have the car towed to Advanced Auto Center where they did a diagnostic check and determined all I needed was a starter and new battery. I also had them also replace a belt that was causing a screeching noise. Everyone at AAC was great to deal with. They even gave me a free loaner car while the car was getting repaired.

Excellent service and they have a loaner car if you need it. Their work was great.

I've been using them for probably twelve years. They do a good job.

Description of Work
I use Advance Auto. I was just having yearly maintenance the last time I was there.

When I called, I was immediately put on the phone with the owner, Stephen Solari, who was knowledgeable, very helpful, and friendly, and as surprised as I was about what Acura of Boston charged. After looking up the parts, he quoted me an estimate for the same work I had done in the range of $90, assuming that replacing the cabin filter would require some labor. He said they did not charge for labor for replacing the engine filter. I like the idea of working with a shop where the owner is personally involved and I am going to try using AdvanceAuto in the future, both for my car and my wife's car.

Description of Work
I just had had my oil changed and a new engine filter and cabin filter installed at Acura of Boston and I was upset that the charge with discount, which was only grudgingly given despite being advertised by Acura nationally, was approx. $175. I called at Advance Auto Center for an estimate of how much they would charge for the same work.

When I called Advance Auto Center, they stated that they would inspect the laundry list of items from the dealership (though Advance Auto did not know it was the dealership--I never shared that information with them nor did they ask for it) for free and then advise of what was needed & we'd schedule an additional appointment for any service needed. I scheduled the inspection before work & they assured me they would be able to get me off to work on time. I came in at the scheduled appointment time. They greeted me and used eye contact when speaking with me throughout my interactions with them. One of the first things they asked were some specific questions regarding any 'symptoms' my vehicle may have been displaying based upon the dealership recommendations. They took my vehicle back quickly. Responded to my request to see their findings with a pleasant acknowledgement & stated they enjoyed taking their customers back to see & explain the results. Within 15-30 minutes they had completed the check and took me back allowing me to inspect the parts as well & explained to me what they had found (nothing was broken or cracked unlike what the dealership had said & I saw that nothing was broken or cracked with my own eyes!). There was no charge for their service and they had me off to work 30-45 minutes earlier than I needed to be! In addition, they maintained a professional way of communicating that provided me with accurate information and demonstrated respect for the dealership. They had a comfortable waiting area with guest wi-fi. I am thrilled with my experience, the respect they displayed while communicating with me, and their clear communication about what they were going to do. I will definitely be back when I have service needs!

Description of Work
Checked suspension sway bar linke, ABS tone rings, and rear brake flex hose due to my suspicion of the dealership recommendation to replace all of the above during a routine oil change.

They are fantastic and are always professional, nice and honest; they do a great job. They are a fair company so I would say they have good prices. I think their customer service is the best with respect to the industry. They can usually figure out an issue as soon as I diagnose a problem and they get the job done very quickly. They are very accommodating.

Description of Work
I had auto repairs done at Advance Auto Center.

Advance Auto Center is currently rated 4.9 overall out of 5.

No, Advance Auto Center does not offer eco-friendly accreditations.

No, Advance Auto Center does not offer a senior discount.

Are there any services Advance Auto Center does not offer?