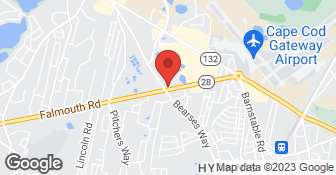 When it's time to invest in a new 2013 or 2014 Nissan, or perhaps a quality used car on the Cape, you need more than just any car dealership. You want a trusted neighbor who understands both the car and service you seeking, and the unique needs of of our region. At Balise Nissan of Cape Cod we are part of a trusted network of Massachusetts car dealerships; here in Hyannis we specialize in the needs of Cape drivers in towns like Falmouth and Bourne....

Description of Work
They try to be helpful, but this dealership is part of a regional chain that has installed a single remote customer call center to save money. The result is that the rep on the phone usually has no real idea about the work being done on your car, or even whether the mechanic is in that day.

I got home and I noticed that lug bolt cover on one of the tires was missing and 3 lug bolts on 3 wheels were broken. I called another dealer to let me know how much the lug bolts and cover would cost. I brough the car back in and the manager said he would deal with it. I waited 3 weeks and I found out that manager was fired. The new manager had me come back in and said he would call when the parts were in. I waited another 2 weeks and I came in and they had the wrong lug bolts. They did not tell me that and I waited over an hour and I went out and asked the issue was. They then admitted that the lug bolts were not the right ones. They then said I needed new tires. I then went to another dealer a week later and they told me the tires were fine. This dealer obviously lied to me about the tires.

Description of Work
I went there for an oil change and tire rotation.

How is Balise Nissan of Cape Cod overall rated?

Balise Nissan of Cape Cod is currently rated 3 overall out of 5.

What days are Balise Nissan of Cape Cod open?

No, Balise Nissan of Cape Cod does not offer eco-friendly accreditations.

What services does Balise Nissan of Cape Cod offer?