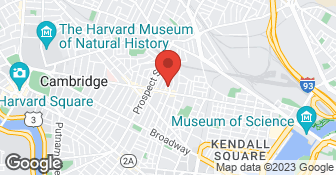 The owner yelled at me for bringing in the wrong part. First of all, I'm not from MA, I'm from TX, so obviously I didn't know what mechanics wouldn't rip me off. I was recommend by a couple of neighbors. They said they do a good job and price is fair. So I called they gave me a fair price the man Bob told me to have it towed at night. I had it towed figured they would work on if first thing in the morning. No, they waited until 15 min till closing to call me and tell me I had the wrong part. So said, they would get to it on Monday leaving me without a car for the entire weekend. I complained as to why they waited until the end of the day to check it. They could have gotten to it early in the morning, figured out the part was wrong let me know I could have gone to get the correct part and bam everything would have been great. But no, instead I get yelled at for them waiting until 15 min before closing. And now my truck is making a noise saying check my battery connection and the noise won't stop. So I have to drive around with the loud annoying beeping noise until I figure out how to fix that issue.

The work was on time and fixed the problem.

They were professional , prompt, and reasonably priced.

It went very well. I dropped if off in the morning, they drove me to work, and they came to get me after work as well.

Description of Work
Replaced all brakes and repaired transmission seal.

Outstanding work. They took car in the evening of the day I called them, diagnosed problem in the morning, called me to get commitment for repair work, have it done by 4 pm as promised. This is not first time we use this shop for repair and maintenance. Impress me every single time: quick, polite, clean.

Description of Work
Replaced radiator on my Acura RDX

I've used this shop for the past 6 years and they've always given me the most straightforward and honest assessment of the job. I have a newer car now, but over the past years, I was driving a 15 year old car, and the they always had the most cost effective suggestions. They're straight shooters (at times short and a little rough) and completely honest. Their work has always been quality - highly recommend them.

Description of Work
Replaced breaks, changed oil, repaired muffler, inspected, did body work, did transmission work, you name it, they did the work on my old beater.

Description of Work
Exceptional service at a reasonable cost.

I went in to get my windshield replaced and had a bit of bubble rust around the windshield that needed to be taken care of as well. When the windshield was removed the small bubble rust turned into a really big issue and it basically was rusted completely through. The work turned out great - you would never know anything was done. When the problem was discovered, I was called down and he showed me how bad the rust was. He took me behind his desk so I could actually see his costs. Knowing I wasn't expecting this, he brought his hourly rate down a bit to help me out. He also worked with me to provide an estimate so I could try and submit this to my insurance company as it was a result of the work previously done for a windshield replacement. Rob also loaned me his car for a week as the replacement took over 2 weeks. Turns out these roofs are not on hand and had to be specifically ordered from Honda. I have also had a collision repaired previously which looks great as well.

Description of Work
Replaced roof on Honda accord

They are outstanding. Their prices are great. The owner is great, their staff is very friendly. They are amazing in all aspects.

Description of Work
I used the service of CLM Auto Repair. I had the tires rotated and an oil change.

CLM got me in just after-hours and performed a quick drive-around diagnosis of the issue that my wife and I were having. They kept the car for two days, ordered and installed the new strut quickly and professionally. Would recommend.

No problems--I was in and out in about 30 minutes or so. My car passed inspection, but they kindly told me that my tires were close to failing, so I could have them taken care of before next time.

I would recommend them.

Description of Work
I used CLM Auto Repair serpentine belt on my Camry.

I have been using them for years. They give great services at really good prices. Mario is a mechanic at CLM Auto Repair. He is a great mechanic and he always takes care of my car. He listens to your concerns. The prices are under what anybody else would charge. I feel confident to leave my car there. I would use their service in the future too.

Description of Work
I used CLM Auto Repair service to repair my car and for oil change. I used their service three months ago.

I dropped my car off in the morning after speaking with them on the phone. The clutch needed rebuilt and the flywheel needed replaced. I called the next morning to find out when the work was going to be completed and was told it would take an extra day, due to waiting on the flywheel. Immediately they knocked off 100 dollars off the price quoted. They explained everything they did and the shifting was extremely smooth after. For any more major work I'll take my truck here.

CLM Auto Repair is currently rated 4.7 overall out of 5.

No, CLM Auto Repair does not offer eco-friendly accreditations.