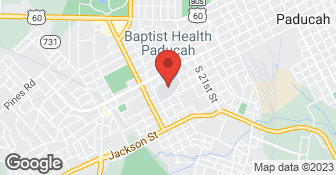 Waited for 20 min. supposedly to see the dr, but saw pa. She was very friendly-unlike the woman at the front desk. The pa looked at my nose-without an additional light or magnifier-and said all was fine. She then examined my torso for cancers and found none. The procedure took maybe 3 min. When I received my bill it was for nearly $300. I couldn't believe it so went back and was greeted by the sam...

Description of Work
Went to have bump on nose checked. Only interacted with PA for 2-4 min.

He is good. You are just in and out. I want to get in and get out and get some tests and he does that. They are nice, very good.

Description of Work
I use Dr. Halden Ford for dermatology.

On my last visit they went out of their way to help me. I really like the overall service they provide and I will continue to use them in the future.

Description of Work
Dr. Halden H. Ford is my Dermatologist that I use. My last visit was about three or four weeks ago.

It was the very first time I have seen him. I always used his PA and she was on vacation, so he was the only one in the office. So that visit was kind of funny because there were a lot of people in that office. I guess a lot of the appointments were scheduled when there was usually two people in the office and it just so happened that it was only him so the waiting room was quite full when I got t...

They have a short wait time.

Description of Work
They are my dermatologist.

I have used him for four or five years. I see his helper more than I see the doctor. When I did see him he did not remove the moles that I had requested. I feel like I was being run over.

Description of Work
I was there to have some moles removed.

The treatment was tidious but effective. He took a skin sample just to be sure of the shingles and sent them off to the lab. He was very knowledgeable in what he was doing and was very nice throughout.

Description of Work
I was sent there for the treatment of a bad case of the shingles. The office staff was wonderful and the doctor was wonderful as well. He treated me with care and took time to explain everything he was doing and why. He saw me for several weeks and had the same personality and tactfulness each and every time.

My teenage daughter went for over a year to be treated for acne. She never saw Dr. Ford, but was treated by a seemingly knowledgeable assistant. My daughter's acne got somewhat better, then worse, then treatment was adjusted. Condition improved then got worse, again. We were going in because her acne was starting to seem worse than when we started, but they refused to see us (we weren't even scheduled to see the doctor, but the new assistant, whom we had never seen before). They said that they couldn't let us put them behind in their scheduling and inconvenience other patients (there were 2 other people in the waiting room). We have never waited less than 20 minutes for our appointment, and once waited 45 minutes (for which they did apologize). My daughter was so angry and frustrated that she was on the verge of tears. We have scheduled an appointment with another dermatologist and never intend to do any further business with "Purchase Dermatology" and will be telling our general practitioner who had referred us there about our experience there. I don't think she will make the mistake of referring there again. They are probably okay for people who aren't having to drive to get to the appointment, because if they refuse to see you one day, it wouldn't be a huge inconvenience to reschedule. But, if you do not live in Paducah, I'd recommend finding a different dermatologist.

Description of Work
We called because we had difficulty remembering which office building in the complex to go to (we misremembered and went to Doctor's Building 1 instead of 3, or 3 instead of 1, whatever). We waited a long time to get a live person who could tell us where to go. Between going to the wrong building and waiting on the phone to find out the correct building, we were less than 15 minutes late for our appointment. THEY REFUSED TO SEE US. They said we would have to reschedule, meaning that I would have to make another 100-mile round trip, and my daughter would have to miss ANOTHER day of school. The "school excuse" printed out even mentioned that she WAS NOT SEEN by the doctor--which I took to mean that they were trying to get her in trouble at school. It didn't work, but may prevent them from getting further patients from our area as word gets out at my daughter's high school.

They have a short wait time.

Description of Work
They are my dermatologist.