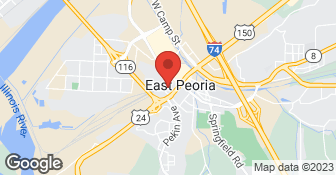 Description of Work
I entered a contract for 3 phones with this US Cellular location on June 1, 2012. I went back into the store on 3 occasions in 2 weeks - the first was to start the process of changing over my land line numbers to cell phones but at that time, I also asked that they look at my cell phone as none of the alarms or notifications had worked since I had the phone. On Friday, June 15, 2012, I picked up my grandson and took him at 7 AM shopping for Father's Day and then breakfast. At Breakfast, around 8:30, my cell phone signaled that I had a new voicemail message. I tried 13 times to retrieve between 8:30 and getting home at 11:00 and was unable to retrieve the voicemail. When I got home, I saw that my son had called me at 9 AM and wanted to know where I was. My grandson's mother had tried to call me and had called my son. Neither were able to get ahold of me. The cell phone was not working. I then called US Cellular but they were unable to ascertain what was wrong with the phone as their computers were down. It was not until 1 PM that afternoon that I was able to retrieve the voicemail and find out that my grandson's mother was worried sick because she did not know where I was, was unable to reach me, and find out where her son was. I called this wireless vendor at that time and asked about bringing the phone back. I requested to do it on Saturday but the owner insisted that, according to my 15-day guarantee, I had to bring it back that day. I finally took all the phones and equipment back at about 6 PM that night - that was after several phone calls to this vendor as well as US Cellular. I had not eaten since early that morning and was exhausted. When I got there, along with my son, after an hour nothing had been done. The owner was on the phone to US Cellular about me and my phones for one full hour and nothing was done. The vendor had offered me a $75 refund, which was why he was on the phone apparently to US Cellular. I left the phones finally and walked out. At 7:30, I was finally able to sit down and eat something. Well, here I am, a month later and I still have no refund and I realized yesterday that according to my "contract" I had 30 days to return any and all equipment for a refund. This owner/vendor is dishonest, a liar, and a thief. The equipment did not work. When I called the company to find out what was wrong, their computer system was down for another 2 hours and now, not only don't I have a refund for the phones I returned, but I also got a bill for $173 (for 2 weeks).