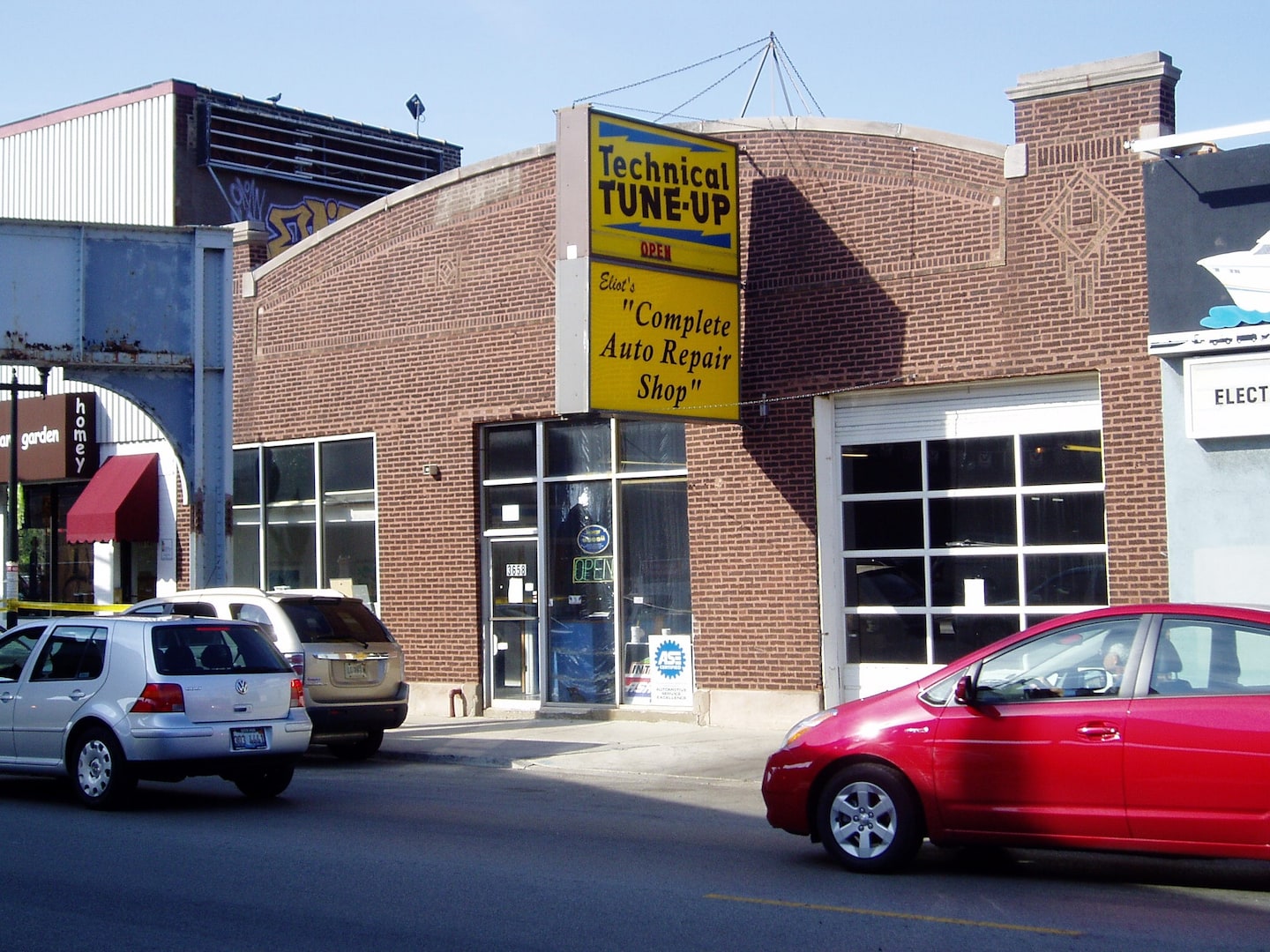 Repairing cars since 1986. State of the art repair facility with the latest diagnostic equipment and the latest alingnment equipment. YOU get 2 guarantees not seen anywhere else.. #1) If you are not completely 100% satisfied, come back within 30 days and I'll give you all your money back. #2) If you are not completely 100% satisfied, come back within 17 days and I'll buy your car. But there are more reasons to use my shop: 3. You may use one of my FREE loaner cars while your car is serviced. 4. 95% of the time your car will be finished the day you drop it off. 5. YOU will be called before any repairs are done to your car, or the repairs are FREE. 6. 24/7 towing by calling Jorge at 773-494-0169 7. I'm 1 1/2 block walk to the CTA Addison El stop. 8. If you can find another shop in the area with more testimonials than I have, I'll give you $500.00! 9. 100% of the parts I use meet or exceed your manufacturer's specifications. 10. If you find another shop with guarantees equal or better than mine I'll give you $500.00

They are excellent, don't try to do work that is not needed, and their price is always fair. The quality of their work is great and they are honest as well. They give good advice that you don't always know you need and I would highly recommend them.

Description of Work
I have been going to them for auto repairs and maintenance needs for years.

Description of Work
Ask for an estimate

I've been taking my car to Eliot for a few years. What keeps me coming back is his willingness to give me an honest assessment about my car and the work that he requires. Instead of a laundry list of things that must be done immediately, Eliot actually asked me questions like how long I was planning to keep my 10 year old car and how much I was willing to invest in it. His advice contributed to realizing it was time to trade the old one in. He lost out on some revenue that day, but that kind of integrity is going to keep me going back to him.

Description of Work
Eliot's Auto Is My Go to Shop

thank you for taking your time to write this review
5.0

It went perfectly as usual. The work was done quickly, skillfully and at a much lower price than I expected. I would trust Elliot and his terrific staff with any repair big or small.

They are very accommodating in terms of drop off/pick up and working you into their schedule. I like how Eliot takes time to talk with you on the phone. He seems to really care about his customers. It's really a "personal touch" when you go there.

Great, Eliot has worked on 4 different cars of my over the last 25 years.

I had a bunch of work done with Eliot over the years. Overall, he does a good job and his shop is punctual in usually getting your car fixed the same day. However, when I needed the locks replaced on my doors instead of sending me to the dealer he insisted on repairing the locks. When it was all fixed all of the sudden I had three keys (one for the ignition, one for the door and another for the trunk) instead of just one key. That was pretty annoying and there was nothing I could do afterwards to change that. Also, he goes on political rants about privatizing everything from Education to the bus system and all kinds of stuff. As a teacher I find his views offensive and he seems to be one of those "I have the answer for everything" type of people. I'd rather he fix my car and save the political rants for someone who cares. I also sent my sister to him and he was rude to her when she wanted to ask a few questions about the car. He seemed frustrated and she felt belittled by the whole experience. So, to sum it up, he's good at fixing cars. Thankfully he's not a elected official trying to implement all of his terrible political ideas.

Eliot's Auto Service touts being an honest auto repair establishment in a world of less than honest auto repair shops (including dealerships). I have lived a day or two and have always been disappointed at some point with other auto mechanics for dishonest service, pricing and customer service, except at Eliot's which is why they have retained me as a customer. Their work is excellent, you deal with the owner and while they are not the least expensive game in town, they are not overpriced for what they offer. I heartily recommend them.

Great. Elliot is an excellent local mechanic with reasonable prices and reliable service.

Description of Work
A variety of car issues over time from tires to oil changes.

I was in Chicago this Summer and had a water pump failure. The folks I was visiting said Eliot's was the place to go. It was late on a Friday when my car was towed in and they stayed, got it done right and I was on my way early the next morning to the Wisconsin Dells to meet up with family. Their price was fair and I had my mechanic check it when I returned home and he gave the work an A+! They took great care of me, they understood my issue and treated me like a professional. Trust this shop!

Service was quick, the waiting area was kid friendly, and my tire is fine now! I also got an oil change.

Description of Work
I had a tire puncture.

Eliot’s is the only place I go to get work done on my Subaru!

Just as I had suspected. There was absolutely nothing wrong with my car. It was just my dealership fishing for work at my expense. I immediately took it to Eliot, who I have come to trust completely with my car, and his team looked and looked but found everything to be just as it should be. I would not hesitate to highly recommend Eliot's Complete Auto Repair Shop. They know what they're doing and guarantee your satisfaction. Excellent!

Excellent! Did the work for less than I expected and were very honest about what was not needed. Great prices, excellent work, and a trustworthy mechanic. I love Eliot’s and always take my car there.

Eliot was able to accommodate me in very short notice and completed work as promised in reasonable time...Very professional and he explained all the work in details...Highly recommend.

I go to Eliot for any and all car issues. He is extremely fair and honest. He will not charge you for any thing you don’t actually need and he always has different specials to help with costs. I am so glad I found Eliot’s shop and trust him with all of my car issues!

Eliot is one of those rare mechanics where you don't feel like they are out there just to rip you off. His analysis of your vehicle's needs are fair and accurate. If something isn't right after a repair, just let him know and he will make sure it is. He is straight to the point and dependable. I used him for the past few years for all my maintenance needs on my 2007 Acura MDX that now has 130k miles on it and is running smoothly thanks to Eliot and his crew. I don't think you can do better.

Great service and friendly as always!

It was great! Eliot is very kind when you come in and answers any questions you have.

Great! I went because I got a Groupon and kept going because of the service. Love this place. Eliott is always honest about what work needs to be done and when you say "I'm not interested right now" or "honestly I can't afford that at this point" he doesn't pressure you to do it anyways. They're good about doing things in a reasonable amount of time, too; I will drop my car off and head to one of the handfull of coffee shops around while I wait.

Elliot is an honest man running a great business. He is informative without taking advantage, letting me know what needs to be done now, exactly how much and what may need some work in the future. I've never gone to him with a small issue and come out with a huge bill like at most places. In fact I have gone in with multiple big issues and he has found the most cost effective ways to fix them. I would highly recommend Eliot to everyone!