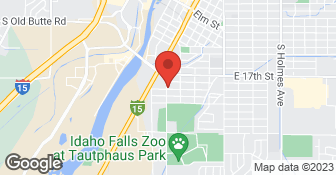 Took a while to get the parts in but they got them and did the work and it looks awesome.

Have used these guys before for another one of our vehicles that was involved in an accident. The window came off the track in our teenager's vehicle. I called to explain problem and they were very willing to take a look at it and fix it. Dropped it off in the a.m. and picked it up in afternoon. They did not replace any parts, although indicated that we will probably have to in the next year or so. They only charged $50 to fix it for us. Super nice and helpful folks to deal with!

Description of Work
Removed door panel to 1998 Honda Civic to asess window that had come off of track. They put the window back on the track, tightened everything up and put the door panel back on.

Job was completed on time and price was as estimated. Super nice folks to deal with. I would definitely use them again should the need arise.

Description of Work
Took my car for repairs due to a hit-and-run accident. Light body work and paint. Also needed a wheel replaced.

YOUNG AUTO BODY INC is currently rated 5 overall out of 5.

No, YOUNG AUTO BODY INC does not offer eco-friendly accreditations.