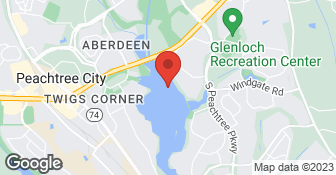 We offer your pets quality, experienced care in the stress-free environment of your own home and a worry-free experience for you while away. Our care is tailored to your pet's needs. Cost depends on location and ranges from $15 to $25 per visit. We serve the following areas in Georgia: Peachtree City, Fayetteville, Tyrone, Brooks, Senoia, Sharpsburg, and parts of Newnan. Please feel free to check out our website: www.truecompanionpetsitting.com or call 770-631-3851 or e-mail me at ptcpetsitter@aol.com

Thank you, [Member name]! Your kitties were all just adorable. I know Carol really enjoyed caring for them. Thank you for the "A" rating. Most appreciated. We really do try to go above and beyond!
5.0

Fantastic service! I felt very comfortable leaving things in Judy's hands. I had never used a pet sitter before but since we are new to this area we needed help for our trip. Will definitely use services again.

Description of Work
Judy fed my cats, cleaned the litter boxes, played with the cats, and brought in the mail. She also watered some plants even though that was not something I had put on the instructions. She sent me email updates also, which give me great peace of mind that the cats were safe and being taken care of.

Judy and Vicky were very personable and seemed to really care about my dogs. However, instead of just doing what I asked them to do, they were trying to and quot;fixand quot; my dogs. It also felt like they were trying to teach me how to parent my dogs. Granted, my dogs are not very well trained. However, we have our and quot;routinesand quot;. Those routines work for us. Instead of following the routines I laid out for them, they did things their own way, which resulted in my dogs fighting with each other MUCH more than usual (which is very rare). It also resulted in them peeing in the house frequently (however, that also could have been just because of me being gone and them acting out). I was very specific in my instructions. They misunderstood one of those instructions, which resulted in the dogs having free run of the house when they should have been kept in the kitchen between visits. It also felt like their visit times were inconsistent. They did give me ranges, and not specific times, so I can't really complain about that. However, I think things might have gone better if they were more consistent with their visits. This was the first time I used True Companion. It was the first time I used ANY in-home service (I usually take them to be boarded at my vet, which also has a very nice boarding service). Perhaps my expectations were too high. Perhaps I didn't do a good enough job clearly stating exactly what I wanted. I may give them another chance...we'll see how it goes.

She goes above and beyond. She gives them whatever they need. She is great with the animals. My dog is crazy about her. She does pet sitting and pet walking. I work very odd hours and she is very accommodating to that. She walks them and plays with them. She spends some time with them. She may have another employee with her. My job requires me to leave for long periods of time and she will keep my dog at her house. She has other dogs there so it's like a big dog party. We have been doing business now for over two years and we are all happy with the working relationship. The cost mentioned is for a day's visit that includes two visits.

Description of Work
She boards my dog for me.

I called True Pet Companion at literally the last minute on a Saturday because I had to leave town unexpectedly due to the death of my mother. Luckily, Ms. Erhlicmann was able to take care of the pet sitting on very,very short notice. I highly recommend True Pet Companion and I was completely satisfied with the service. I simply don't have enough descriptive adjectives to explain how happy we were with True Companion Pet Sitting. If you live in their service area, this is the pet sitting service that you want to care for your pets when leaving town.

Description of Work
A Petsitter from True Companion came to our home and took care of our two cats: feeding, watering, check on their wellbeing, etc.

Description of Work
Dog / cat care. Judy is thoroughly committed to her work (and to your pets). She is knowledgeable, professional, mature, responsible, engaged, and communicative. Without question, you can leave your pets in her care trusting that they are well taken care of.

Bonded
Insured
All statements concerning insurance, licenses, and bonds are informational only, and are self-reported. Since insurance, licenses and bonds can expire and can be cancelled, homeowners should always check such information for themselves.To find more licensing information for your state, visit our Find Licensing Requirements page.
General Information
Free Estimates
No
Eco-Friendly Accreditations
No
Payment Options
Check, PayPal
Senior Discount
No
Warranties
No

True Companion Pet Sitting is currently rated 4.8 overall out of 5.

No, True Companion Pet Sitting does not offer eco-friendly accreditations.

No, True Companion Pet Sitting does not offer a senior discount.

No, True Companion Pet Sitting does not offer warranties.