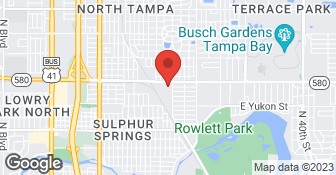 Why choose Strong College Students Moving in the Tampa Bay Area? ✓ Friendly, Polite, Professionally Trained & Uniformed Student Movers. ✓ We provide all materials, packing, & labor. We make your move smooth & easy. ✓ We service both local & long-distance moves... We will move you statewide! ✓ Licensed, Bonded, and Insured for your protection. ✓ Manage any size move: from small apartments to entire office buildings! ✓ Always on time in our well equipped CLEAN shiny new moving trucks! ✓ Upfront easy no hassles prices, You receive a dependable service at a fair price! Oh, did we forget to mention WE'RE ACTUALLY COLLEGE STUDENT MOVERS! When you choose STRONG COLLEGE STUDENTS® for your move your helping hard working college students earn their way through school, while also receiving a good dependable service at a fair price. We're proud to support our student workforce by donating a portion of every customers move towards the STRONG SCHOLARS® scholarship fund. So help a student graduate by choosing STRONG COLLEGE STUDENTS® for your move today! STRONG COLLEGE STUDENTS® Tampa Bay's #1 preferred Commercial & Residential Moving Company!...

It went better then any move I have done yet. They arrived with two trucks, parked as close to the front door and garage as they could and made what I thought would be an entire day of work nothing less then half a day and gave us time to relax and get situated for the first night in our new house!

Description of Work
I need my 4 bedroom home moved

We had three different locations so it was a bit complicated but it went perfectly.

Description of Work
I purchased a Groupon for $189.00 for a TWO Hour Moving Service with Custom Moving Supplies and 3 person crew. I called to schedule and spoke to Dam in the St Petersburg Office. We spent time with my needs. I was simply moving some furniture and boxes to a storage facility right down the road. Then near the end he stated, well one of the two hours is for travel and there is an $82.00 surcharge for fuel. Are you kidding me? A TWO HOUR MOVE, and now I am told it is a ONE hour move and them $89.00 more from fuel. I am St Pete and moving stuff 1/4 mile away yet they want $89 more for fuel? I told Dan, none of this was in the FINE PRINT I had in front of me. He said, WELL, THAT'S OUR POLICY. I immediately called Groupon and cancelled and lodged a complaint. DON"T book this company unless you get ALL THE COSTS and CONDITIONS. You can do MUCH better!!!!

Outstanding. The two students (Don and Jonathan) were on time, worked extremely hard and efficiently (fast to save time and cost since the charge was on an hourly/quarter hour basis). They wrapped items where required. They unloaded and packed the storage unit very efficiently allowing me to rent the smallest size unit required. They called before they were to arrive and arrived on time. They were respectful and very hard workers. I appreciate these two guys and their hard work.

The leader of the two was quite a remarkable young man. I ever saw anybody guide another person as carefully and thoroughly as he did. He had this way about him when they were going to pick something up or move something he kept encouraging the other guy. It was wonderful and I have never seen anything quite like it. That kid had a wonderful attitude.

It went very well. They're put together college students, so far, they are pretty good.

Description of Work
I used College Students for moving.

They quote you a certain amount depedent upon your inventory. They quoted me 3.5 hr at 109/h said that it should only be $490 based on what I told them. As a common sense person I had added another hour to my budget just in case something didn't go as planned or if they had to take a bit more then 20 boxes, which would take to a 4.5 h total job. They arrive on a timely manner at 11:25 am. They had to take apart two beds and a small desk, if I had know how slow these people were I could have done quicker myself. Because I had told them that I had 20 boxes and ended having more i had also a two 10/h guys to move the moves ourselves I figure it would be cheaper that way. Everything what I had told the office before hiring them was accurate, it was 15 min drive from my old to new place, this ended being a total of 7.0 hours to move a 2 bedroom apartment, anyone to whom I tell this story to can't believe it. They were so slow, it was unbelievable. I ended up having to pay $879. Luckily I had the money, but for anyone who in in a budget as I was please BE CAREFUL, the quotes are not accurate at all. On their website, it states the "college students" have hundreds of hours of training, but this must be absolutely false, they seemed to be amateurs, any professional would never take that long to move a 2 bedroom apartment. One guy dropped a dolly and busted a wall due to lack of attention. They also broke one foot of the headboard of my bed. They offered to glue it back together. It is not something to be glued together, it needs professional attention. Since the 2nd, I've been trying to get a hold of anybody to have my furniture fixed, I have left messages including one at the voice mail of the owner of the company, I have talked several times with a gentleman named Tyler who keeps saying that he will call me back, but no one will return my phone calls. It wouldn't be that much money to fix it, but they should be taking care of this. I am hoping that they will call me back, not only to get my furniture fixed but also to give an explanation as to why that quotation was so deceiving. I am very disappointed, I thought I had done my homework well, I only had access to the BBB website which there was a complaint of similar situation. didn't think it would happened to me... surprise.......When you see reviews as this make sure to pay attention.

Description of Work
They moved a 2-bedroom apartment.

I had some items that needed to be moved to another location, they were very heavy and these boys took very good care of everything. They wrapped everything and they were mindful of the walls and floors while moving down the stairs.. They were courteous , efficient and punctual and I will call them again when the rest of the furniture needs to be moved.

Description of Work
This was a partial move..we later used them again to unload a very heavy load from furniture makers. They were awesome

Fernando an Jon arrived right on time and went to a lot of trouble to be professional. They started right in on the heavy pieces first that were upstairs and had to come down about 20 stairs. They got the first piece down, no problem but when they brought the second piece down, they set it down at the bottom of the stairs right down on the oak hardwood floor and pivoted it making a 3" gash/scratch in the floor. They then scraped up the corner of the wall in the same movement. Finally when they moved a sofa bed from the other house to this one, they failed to put the door-jam protector on and deeply scratched the metal door jam. At first they said they would "make good" on the repairs, but after much debate and denial by their insurance company they offered me $100 dollars for a $375 repair job. I spent a LOT of time trying to get them to fix the damages only to be told "furniture by its very nature is not meant to be moved"! Can you imagine? Maybe they shouldn't be in this business!

Description of Work
I contracted Strong College Students to move a couch and love seat to one house and 2 bookcases from upstairs to downstairs in another and some other assorted furniture movement.

Strong College Students is licensed, bonded, and insured for our customers protection. We understand that moving is a stressful and difficult time for our clients and we work diligently to make things smooth, easy, and stress free. It saddens us to see our name tarnished in this manner after we've worked to uphold our customer service standards that have allow us to grow to complete well over 3500 moves and be in business for over 5 years. With regards to the claims made here we did the following for the client. 1. Contracted the Repair and Replacement of the accidental damage to the door. 2. Contracted the Repair and Replacement of the accidental damage to the wood floor. 3. Stayed in constant communication with the client and assisted in the entire process. 4. Went above and beyond in an effort to maintain our quality, commitment to service, and dedication to our customers.
5.0

They were pleasant, fast, & did a great job with a smile.

Description of Work
They moved some furniture around for me & unpacked all my wardrobe boxes in the garage & brought me the clothes to the closet.

B&T Moving Company, LLC is Licensed (FL MOVERS LC #IM2970) and Fully Insured in the State of Florida. We specialize in Residential and Commercial Moving. Local and Long Distance. All our movers are highly trained professionals with strong customer skills. We always offer reasonable rates for all our services. Proudly serving all of Tampa Bay and Florida.  …

Kowalski Moves LLC is a local, family owned and operated moving company located in the Tampa Bay Area. We have been in business for over 24 years. We specialize in full house moves (in and out of state), deliveries, and furniture assembly. We also include services like packing and junk removal. We have four full time employees, two of which are the owners themselves! Our goal is to treat you like family and treat the items that we move like their our own. Having such a small company keeps us accountable for our work and helps us better serve you with the upmost care and detail.  …

STRONG COLLEGE STUDENTS is currently rated 3.7 overall out of 5.

No, STRONG COLLEGE STUDENTS does not offer eco-friendly accreditations.

No, STRONG COLLEGE STUDENTS does not offer a senior discount.