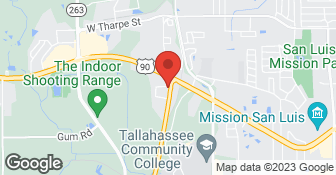 I visited All American Auto Electric's website, read glowing reviews and called and explained trouble to Rick who said he could help me. Encouraged, I had MGB towed to his place. Dennis rewired starter relay, put in new electronic ignition (which I supplied), not a new distributor which he said on the receipt. He drained fuel lines, put in new gas which I supplied, tried a new ignition switch which I supplied. Still no fix. I made several trips there to check on it over a period of four weeks. Each time I found it outside covered up, no one working on it. Each time Dennis would uncover it and tell me what he had done, eventually telling me that Rick put him on other jobs and he can't work on it any more. Rick came out and very nervously complained about the car and offered no help to me. They showed me a bill for $438.75, I paid it and had my car towed away. Rick offered no explanation, no apology, not even a thank you, for charging me without repairing my car. I don't like to write bad reviews and it has been a few months since this happened. But I came to the conclusion that I was misled into believing they could help, and wrongly charged for work that did not result in customer satisfaction. I thought, how many others have experienced such treatment at this business? When I first saw the sheer number of vehicles, serviceable or not, sitting around their building, I wondered if I was doing the right thing by taking my car there. But Rick reassured me so I left it in their hands. I thought the picture on the website was their garage. They have very limited space. The inside was cluttered, dirty and cramped. After thinking all this through, I felt compelled and justified to write this review. Epilogue: Afterwards, I took my car to a backyard mechanic who troubleshot and traced problem to a bad starter and distributor. I supplied those items, he installed them and got my MGB on the road again.

Description of Work
MGB, no spark in ignition system & starter would not disengage.

Rick was professional, nice, listened well, very knowledgeable. He knows his stuff very well! Turns out my a/c clutch compressor switch was sticking to the on position randomly and was pulling alot of juice from my battery killing it in 2 days. 5 top rated mechanics in town told me over the phone to go to all american electric and ask for Rick. Thanks Rick👍

Rick replaces the brake switch on the peddle first thing and it fixed it. Took 10 minutes. It doesn't take long for him to fix things; he knows his job..

Description of Work
Brake light always on, even when key was removed from Nissan Frontier.

We have not had any problems with our car since we took it to him.

Description of Work
We had a problem with our car and he kept the car for a few days.

Overall great. I was impressed with just the care that he took with it. He would come out and tell us each little thing. He found something else in the front end. We took it in because something had came loose in the front end and he found it was the brakes and he showed us. He takes care and really looks at just not what you took it in for, he looks at other things that if you don't tend to that might cause trouble later on.

Description of Work
He did the brakes on our car.

Found a car on Craigslist that my son wanted to buy. Since it was quite a drive to Tallahassee, we found Rick on Angie's List and asked him to inspect the vehicle for us. Rick was thorough and responded quickly to my phone calls. He gave us very detailed and accurate information on the car. With his help, we decided to purchase this car and are very happy with that choice. We did not really know what to expect since we live so far away and would not become ongoing customers. We could not be happier with the help we were given. Exceeded my expectations.

Rick is very nice and definitely seems to know his way around cars. Unfortunately, his expertise was unable to figure out my car's issue after five days at the shop. My main issue with the service was its length; I got the sense that the garage may have been overbooked, because the lot was overflowing with vehicles. The level of communication was also below what I'd come to expect from a mechanic; I never got a call from the shop, even when the car was ready. This uncertainty led to a much better resolution than I had hoped for, though. The airflow sensor was Rick's best guess as to the problem part; when replacing that failed to resolve the issue, he returned the car to me and only charged me $60 for a bad spark plug the team had found, instead of the $350 I expected to pay for the sensor and various tests.

Description of Work
I brought my car in to have it checked for a chronic starting problem. The car has, historically, gone through periods where it gets harder and harder to start (worse if it has been left alone) until something breaks in the engine. My original mechanic had been unable to diagnose the problem, so I thought All-American was a good place to get a second opinion.

They always do a great job. They are trustworthy and reasonable with their pricing. LOVE them.

Description of Work
I have used this company for many years. They are the only auto repair shop that I will use. They are always honest and straightforward about what kind of repairs are needed. They will work with you if you can only afford repairs one or more at the time or will tell you if it has to be done all are one time. Some repairs as we know can't be spread out over time. I have been to some other shops where I felt that because I was a woman they were possibly taking advantage of the fact that I didn't know if the repairs they suggested actually needed to be done. All American Auto Electric has NEVER been that way. They explain what is needed and why in terms that I can understand. I love this company. I no longer live in the Tallahassee area and miss having a company that I know, trust and are reasonable with their prices.

after using the scanner , he was able to recommend how to correct the problem.

Called around asking for price estimates for front brake pad/rotor replacement about a week in advance, and found that All American Auto was the cheapest of the companies I contacted. I'd worked with them in the past, too, so I decided I'd use them again. Bought my own brake pads to cut some of the costs and get a longer warranty (Auto Zone provides "Limited Lifetime" warranties, as opposed to most shops and mechanics which do "12 months or 12,000 miles"), and brought the car in on a Thursday afternoon. Repair was complete by Friday afternoon, and Rick called and left multiple voicemails to let me know and later to warn me about leaving my car over the weekend (cars have to be kept outside and the shop assumes no responsibility for damages if car is left overnight). Unfortunately, I didn't get off work until after the shop had closed so I waited until Monday to get my car; no damages, everything was exactly as it should have been! Since I was running late on Monday, too, Rick agreed to let me come by shortly after closing to get my car. The bill was approximately $225. Overall, it was a great experience. Rick and the other guys at the shop are fast, communicative, and easy to work with; their services are very affordable. I definitely recommend this shop!

Licensed
All statements concerning insurance, licenses, and bonds are informational only, and are self-reported. Since insurance, licenses and bonds can expire and can be cancelled, homeowners should always check such information for themselves.To find more licensing information for your state, visit our Find Licensing Requirements page.
General Information
Free Estimates
No
Eco-Friendly Accreditations
No
Payment Options
Check, Visa, MasterCard
Senior Discount
Warranties
No

How is All American Auto Electric overall rated?

All American Auto Electric is currently rated 4.7 overall out of 5.

What days are All American Auto Electric open?

All American Auto Electric is open:

What payment options does All American Auto Electric provide

No, All American Auto Electric does not offer free project estimates.

No, All American Auto Electric does not offer eco-friendly accreditations.

Are warranties offered by All American Auto Electric?

No, All American Auto Electric does not offer warranties.

What services does All American Auto Electric offer?