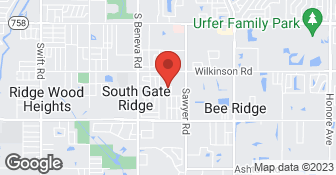 MEXICAN TILE RENEW.. Best Prices on Mexican 'Saltillo' Tile Cleaning in Florida. We have completed over 2,500 Tile renovation projects. We started our Mexican Tile refinishing business in 1995 NOW OUR 27th YEAR. We have been in the Flooring and Tile business for over 27 years. Better Call "Vel" at 941-926-7444

Description of Work
I expected the grout to be cleaner but they did try hard. maybe use different solvents?? Polyurethane came out nice.

We purchased an older home with a large pool area and outdoor patios covered in mexican saltillo tile. We had no idea what treatments or finishes had been applied to the tile over the years, but it was in sad shape. I called Vel at Warner Brother's TIle because their website said they specialized in mexican tile. She had me send pictures and was able to give an estimate via email. Bill and an assistant arrived exactly on time and got to work. It was an awful job. They first cleaned and stripped off all of the old finishes. They actually sanded down the tile to remove the grime and stains from many years of neglect. They were handicapped from the start because they did not know what finishes had been on the tile. After the deep cleaning, they applied a finish which left a soft shine. The next morning we awoke to a pouring rain. It rained all day and by the next day we could tell that the finish the crew had applied had washed off. I emailed Vel. She responded within the hour and said Bill would be back to survey and repair the damage. She assured me they stand 100% behind their work and their products. Sure enough, right on schedule, Bill came back and determined that the finish they had applied had not had adequate time to dry before the monsoon arrived. They again carefully cleaned and re-applied a finish. It again looked great when they left. We noticed over the next three days once it fully dried, that the surface was dull and looked like no finish at all was on it. It was clean, but lifeless. I again called Vel. She again promised to send Bill back out and to do whatever was necessary to solve the problem. Again, Bill showed up exactly as promised. This time he carefully looked at the dull tile and determined that the prior finish was oil based, not the water based finishes commonly used now. They again re-cleaned the tile and this time applied a different formula of penetrating finish. Fortunately, we had three days of perfectly dry weather after they left. The third time was the charm. The tile looks wonderful. It has now been a month and the tiles still look polished and finished, with a soft glow. These mexican tiles were outdoors and had endured Florida weather unprotected for years. Warner Tile was able to restore their luster. I am very pleased. I had considered doing this as a "Do It Yourself" project. Watching the work that Bill and his helper put in, I realized just how hard this work is. I was tremendously impressed with how responsive they were as a company. They did not give up until I was happy with the project. They took the time to do extra things, like repair the grout in several spots, so the job would be complete when they were done. They never once complained about having to return. They were ultimate professionals and I really appreciated it.

Description of Work
Cleaned and refinished over 1000 sq. feet of mexican saltillo tile, both indoors and outdoors.

We do flooring and bathroom Remodelling in Sarasota- Manatee county area. With over 5 years of experience and knowledge in the industry we provide a professional and quality service. Our prices are negotiable and satisfaction guaranteed.  …

Insured
All statements concerning insurance, licenses, and bonds are informational only, and are self-reported. Since insurance, licenses and bonds can expire and can be cancelled, homeowners should always check such information for themselves.To find more licensing information for your state, visit our Find Licensing Requirements page.
General Information
Free Estimates
Yes
Eco-Friendly Accreditations
No
Payment Options
Visa, MasterCard, American Express, Check
Senior Discount
no
Warranties
No

Mexican 'Saltillo' Tile Cleaning from Port Charlotte to Venice to Sarasota To Bradenton to St Pete Florida. We strip off old sealer, clean tile and grout, and reseal the Mexican tile with a premium sealer. Most usually a one day job.

We do not install tile of any kind.

WARNER BROTHERS TILE is currently rated 4.5 overall out of 5.

No, WARNER BROTHERS TILE does not offer eco-friendly accreditations.

No, WARNER BROTHERS TILE does not offer a senior discount.

No, WARNER BROTHERS TILE does not offer warranties.

WARNER BROTHERS TILE offers the following services: Mexican 'Saltillo' Tile Cleaning from Port Charlotte to Venice to Sarasota To Bradenton to St Pete Florida. We strip off old sealer, clean tile and grout, and reseal the Mexican tile with a premium sealer. Most usually a one day job.

Are there any services WARNER BROTHERS TILE does not offer?

We do not install tile of any kind.