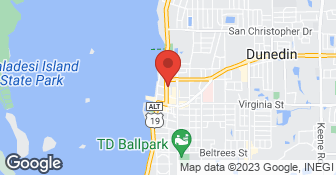 DONT UNDER ANY CIRCUMSTANCES USE THIS COMPANY!!!! We've used them several times. Recently we had drapery panels made that were installed on Monday. During installation Robert tied the bottoms of the panels so they would lay better and told us to wait several days before removing the ties. Friday afternoon we removed the ties only to find that the panels were still ballooning and not hanging the way you would expect a custom made drape to look. When Robert left on Monday the last thing he said was to call if we had any problems and they would take care of it. I called Pam and explained the situation and asked to have the pleats ironed in so they would lay properly. She said she'd tell Robert to set up a time to remove them so they could be ironed and reinstalled. A few minutes later we received a phone call from Robert who started shouting on the phone, "How dare we complain, etc. He then after a long diatribe, without us even commenting, hung up. We called back and again he shouted, etc. and hung up. We then called Pam who apologized for his behavior. It is clear that something has gone very wrong with this company. Robert's conduct in the referred to phone calls was rude, obnoxious, unprofessional and unacceptable. We will never use this company again. We will not allow them into our home and will have the issues resolved by others.

We recently had Williams Window Treatment give us an estimate for plantation shutters on three window. There were existing plantation shutters on the lower windows and we wanted to accent the upper windows to match while helping to block out sunlight. The young gentleman that came out to our home was incredibly polite and knowledgeable. He was precise with his measurements and he offered a few recommendations. We followed his advise and we could not be any happier. The treatments were made with precision, talent, fit perfectly and match our existing shutters beyond our expectations. We truly can not say enough about this family owned business and would never hesitate to use them in the future!

Description of Work
Plantation Shutters to be custom made and installed.

This company was great to work with starting with our first call. They provided us with a detailed quote and measurements and the turnaround time for installation was timely, especially considering the current pandemic environment. Everyone was friendly and professional. We will definitely use this company again in the future.

Thank you for the amazing review! If you ever have any questions or concerns we are here to help! Thank You Again! Williams Window Treatments
5.0

They did an excellent job. They came over right away to do the measurements and they ordered the blinds. They then installed them in a few minutes and they were done. They are not cheap but they are good. I would definitely hire them again and I would recommend them as well.

Description of Work
They replaced some blinds in our house.

Thank you so much! If you ever have any problems please call us!
5.0

I absolutely love this family owned business. They were wonderful to with. They took the time to explain all products and options available, the owner came out and measured every window to guarantee a perfect fit, the product was delivered as promised and installed with no problems..The shutters are so beautiful. I am so happy with the results. I highly recommend Robert Williams and his team for any of your window needs, you will not be disappointed.

Great small family business, they obviously take pride in their product and service. Product arrived as described and installation was done quickly and professionally.

Swimmingly. Pleased with installation, both during and since. My bedroom gets dark, and I have privacy in my kitchen. Definitely recommend!

Williams Window Treatments installed beautiful plantation shutters with a sunburst at the top in a large master bathroom window. They installed three shutters in a bay window in our breakfast room several years ago. They are a family owned business located in Dunedin. They are professional, their prices competitive and a lovely family to work with. You won’t be disappointed when you hire Williams Window Treatments.

Description of Work
Williams Window Treatments installed plantation shutters with a sunburst at the top in our master bath.

Great service all the way around. Perfect measurements and installation. Totally happy.

Solar blinds were installed and the goal of no glaring sun was achieved. The sun room faces the west. The sun with the afternoon heat has been successfully blocked and we still have our view.

WILLIAMS WINDOW TREATMENTS INC is currently rated 4.8 overall out of 5.

No, WILLIAMS WINDOW TREATMENTS INC does not offer eco-friendly accreditations.

No, WILLIAMS WINDOW TREATMENTS INC does not offer a senior discount.