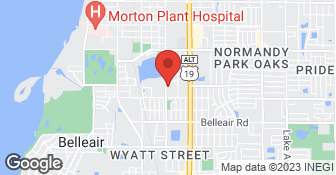 We recently had an issue with our MB and had to take it to the MB dealer because of convenience, and they mis-diagnosed the problem. Next week it will go to Purdy's, because they know what they're doing. I have owned MB and other imports for over 40 years, am a former Oil Company rep, and have dealt with every type of car repair facility imaginable. Purdy's is "thumbs-up".

Description of Work
Purdy has worked on my cars for over 20 years including Jaguar, Mercedes, and BMW. They do the same quality work (or better) than the dealers, for less money. The business is family-run and they're friendly, honest, and reliable and they take the time to listen. I hope they will be around forever. Work is almost always finished at the time they estimate it will be done.

Description of Work
Replaced alternator and serpentine drive belt. Stuck to quoted price, very professional. We will use them again.

I always take my car to them. They are very honest and good at what they do. In the winter time you do have to wait a couple of days for an appointment and in the summer time they can get you right in. I have recommended him to other people as well. He is conscious of my budget and he makes the most cost efficient repair he can.

Description of Work
They service a Subaru for me. They have done maintenance, tire installation, and all repairs to my car. I went there most recently for general maintenance.

They are excellent. We have used them before. They are outstanding. His pricing is not over priced, it is fair pricing. My husband seems very happy with the quality of the work. He is very impressed with them.

Description of Work
We use Wayne Purdy European Motors Inc. We last used them for my husband's car about a year ago.

They do great work. I have been going to them for at least 15 years.

Description of Work
They service all foreign and domestic cars. I went there for a oil change.

We had to leave the car for a day, but the work was completed when promised. A little expensive, but the car was washed before it was returned. The shop was clean and organized (much like a dealership).

Description of Work
We had a broken window regulator and were referred to Wayne Purdy.

I had an engine problem with a beloved 17 year old Mercedes during September 2010 (I am unclear on the exact date). Wayne Purdy European Motors specializes in Mercedes. It required a part to be replaced (I forget what). I asked if I could wait for the part to be put in. I was warned that it could be several hours, but for various circumstances, I decided to wait anyway. The only thing that Wayne Purdy did was to make a telephone call to order the part. The part was not going to be delivered that day, but he did not tell me this. Instead, he let me sit in the waiting area for over 4 hours - even after the front desk person Eileen (who is his sister) told him that he needed to tell me something (I could hear her say this). During this time he was only 20 feet away from me in his office, and was aware that I was waiting. Still, he did nothing. Finally he gave permission for Eileen to tell me that the part wouldn't be delivered for a day or more. At that point I first became aware that I had been sitting in the waiting room for no reason at all. I was so mad that I sold my car (which I loved) and bought a Honda, just to make sure that I never had to go there again. Again, I must state that I have had other work done at Wayne Purdy European Motors, and the work itself is done well. I am also aware that one of the principals (I think it was Wayne Purdy himself) experienced a horrible event a few years ago (illness and death of a young child), which I personally would never recover from. But over and over again, I was been made to feel like my business wasn't valued, with the breaking point occuring in September, 2010. I purposely did not send in an Angie's Report in September because I was so angry. Now that it is 5 months later, I'm not angry anymore and believe that I can do it fairly. I'm happy with my new Honda and glad to know that I won't be going back to Wayne Purdy European Motors.

Description of Work
I had used Wayne Purdy European Motors several times in the past, and have probably spent a total of $8,000 for various repairs. I must state that the quality of its work is excellent. Also, a mechanic that I trust sends his clients there. I have just found that I was treated rather poorly overall and was treated very poorly on this particular occasion.

I was satisfied with their work. The staff is very professional and they let us know the problems with the vehicle before they did the repair. They are also very reliable.

Description of Work
They did the 100,000-mile maintenance on my vehicle.

Insured
All statements concerning insurance, licenses, and bonds are informational only, and are self-reported. Since insurance, licenses and bonds can expire and can be cancelled, homeowners should always check such information for themselves.To find more licensing information for your state, visit our Find Licensing Requirements page.
General Information
Free Estimates
Yes
Eco-Friendly Accreditations
No
Payment Options
Check, Visa, MasterCard, American Express, Discover
Senior Discount
No
Warranties
Ask for details

Automotive repair on most foreign and domestic vehicles

We do not do body work

No, WAYNE PURDY EUROPEAN MOTORS INC. does not offer a senior discount.

No, WAYNE PURDY EUROPEAN MOTORS INC. does not offer warranties.

Are there any services WAYNE PURDY EUROPEAN MOTORS INC. does not offer?

We do not do body work