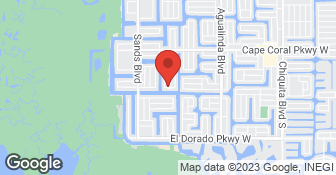 Perfectly. You could not tell where the old dents had been, and some had been there for 3 years. I was at first concerned because of the age of the dings, and the odd locations. They did a fantastic job and did it quickly and effortlessly. I would use them again and again without concern.

Description of Work
I had several (under 10) small dents at various places on 2011 Subaru Outback. I wanted them removed without using significant body work and painting

They were good for the car, but we had dents on our garage door that we were hoping they could deal with and they said they could not deal with that. They did a nice job with the car. They were very friendly. There were no problems. They got the dings removed. They did a pretty good job as much as they could. It took them a couple of hours. The price was somewhere between $100 and $200, but it seemed like a fair price for what they did. They responded. They got out here pretty quick. They were here on time when they said.

DENTECH PAINTLESS DENT REMOVAL is currently rated 5 overall out of 5.

No, DENTECH PAINTLESS DENT REMOVAL does not offer eco-friendly accreditations.