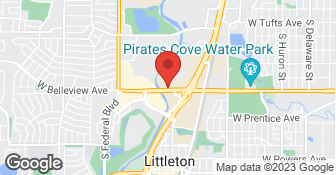 As soon as I arrived I was greeted in the driveway and I ask if they could grease the universal joints on the front and rear driveshafts and they responded they could handle it no problem.When checking out,before paying I ask if they greased the 3 universal joints on the driveshafts,and they hollered to the guy in the pit and he said he greased 7.I replied that there are 7 grease fitings in the front suspension,how about the driveshafts.He said"yea I got em".Upon returning home I crawled under the vehicle and there was no evidence of the driveshafts having been greased.I also noticed they used an undersized oil filter,the size used on lawn tractors,instead of an original equipment sized filter.On the invoice it says they used 5-30 oil,the oil fill cap in large letters states the use of 10-30 oil.The windshield washer fluid reservior had not been filled,I added over a quart of fluid.

Jiffy Lube International Inc is currently rated 3 overall out of 5.

No, Jiffy Lube International Inc does not offer eco-friendly accreditations.