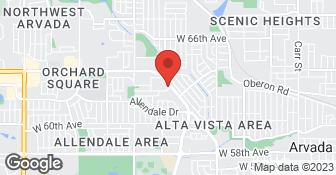 L & R Automotive is a well known and respected auto repair shop serving Arvada, Wheat Ridge, and the greater Jefferson County areas. Our shop is known for our honesty and professional auto repair services that we provide to all of our customers. Each team member at our auto repair shop takes pride in the excellent reputation we are fortunate to have developed with our customers. Our shop is grateful that our customers repeatedly choose us for their auto repair and service needs and frequently send their friends and family to our shop for their all of their automotive repair and service needs as well....

Locally-owned and operated since 1986, Advanced Transmission Center has prioritized customer satisfaction for over three DECADES. We will treat you and your vehicle with Respect, Honesty and Excellence every time. We serve the Denver metro area from multiple locations (Lakewood and Westminster). Many of our customers come from Arvada, Denver, Lakewood, Westminster, Golden, Wheat Ridge, Broomfield and Thornton. We look forward to serving you! We rebuild in-house transmissions, transfer cases and differentials. We repair clutches, drive shafts and axles. We also improve transmission life by completing a power flush on functional transmissions. We are also the FIRST EVER transmission shop in Colorado designed as AAA Approved! Call now for a FREE estimate plus FREE towing with repairs!

DESCRIPTION OF WORK
I took my car there for a major repair.

DESCRIPTION OF WORK
I bought a used truck and asked him to give it an inspection to include brakes, suspension, steering, etc. I also wanted him to perform an alignment. He called me a few hours later to let me know that everything checked out very well except for the front left brakes, which were unusually worn, compared to the right side. He told me he wanted to look more closely at the brake issue before doing the alignment. I told him I would be able to do the brake work myself and that at this point I really only needed him to do the alignment when I finished the brake work. Everything was fine up until this point. Then things got strange. He explained that the work to this point was a total of $130. Needless to say, I was taken aback by this figure, considering no actual repairs had been made, only an inspection had been performed. At this point I went online to see if there were any coupons I could use to lower the cost. Fortunately, their website had two coupons. One was $95 for a "bumper to bumper" used car inspection. The other was $20 off any service over $100. When I went to pick up the truck I presented the $95 coupon and was informed that I couldn't use it for two reasons. One, it was only valid if I brought in a used car that I was considering buying, not a used car that I had bought last week. Hmmmmm. Also, I didn't present the coupon when I brought in the car. I explaind that this requirement was nowhere on the coupon. He explained that most people just know this. Double hmmmmmm. So, I asked if I could use the $20 off coupon and was again rebuffed because, as he explains, " I already gave you a discount before knowing you had a coupon.". Triple hmmmmm. Let me explain that my dissatisfaction was far less about the bill, and far more about what in my opinion amounted to shady business practices. If he was willing to sacrifice his integrity over $20, what would he do when actual repairs were made? I was looking for a local shop who would provide honest, quality work for a fair price and conduct itself with integrity. This company did not meet that expectation. I can't speak to the quality if their work, as they didn't actually perform any work. However, integrity trumps all. I will not be using this company in the future and I will be discouraging others from using them. Oh, about the alignment. I learned that he doesn't have an alignment machine. He takes the cars to another shop to have it done then brings them back for your pick up.