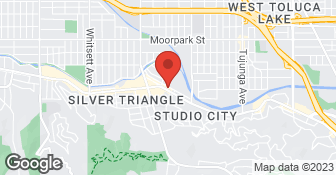 They didn't do what I asked.  They charged me $20 more than the previous month.  They were rude and berating.

DESCRIPTION OF WORK
I had asked for the same grooming services they had given my dog the previous month.  When I picked him up, they had completely shaved my dog without asking me first and they charged me an additional $20 from the previous month.  To make matters worse, I was harassed by someone behind the desk because my dog is on prescription food.  (He's 12 years old and suffers from colitis.  With my vet, we tried a number of different food options.  The prescription food is the only thing that works.)  I was so upset by the rudeness of the guy behind the desk that I just wanted to get out of there.  The next day I sent an email to the manager asking for a detailed summary of which prices went up from the previous month.  After a few days of no response, I wrote again asking why the prices had gone up so much in one month.  It's now a month later and there's been no response.  Clearly, they don't want my business.  At this point, there's nothing that they could do to entice me back there.

They caused our dog to get very sick. It was a horrible experience.

DESCRIPTION OF WORK
They groomed our dogs.

I had used Chow Bella, although I found them to be overpriced and a questionable value. I've also had calls from them in the past claiming the dogs' hair was matted; I told them they were brushed daily. They kept pressuring us to shave them -- I guess because it was too much trouble to brush them. I got a phone message from them threating to go to animal control and report that we were being cruel...

DESCRIPTION OF WORK
Groomed my dogs

I was not thrilled by my dog's cut the second time, I thought they overcharged and when I asked questions, they were rude.

DESCRIPTION OF WORK
The first time I was very pleased,the next time I found the people there were very rude.

This has been a huge nightmare. The more I talk about this accident the more I realize what kind of horrible people are running this shop. The irony of this situation is, the owner asked me, as a good customer, to write a letter on his behalf to help him keep his license and I did - only to be treated this way a month later!

DESCRIPTION OF WORK
My 10 month old puppy was at Chow Bella Pet Spa for day care. She fell and fractured her growth plate on her left hip and resulted in major surgery. I have been a customer of Chow Bella Pet Spa for over 3 years and I was not notified of her accident until 5 hours later when I went to pick up both my dogs. They proceeded to bathe her after her injury. When I spoke to the owner, whom I was on friendly terms with, he asked if there was anything that he could do to help and I asked him to pay for the surgery and there was no response. I wrote him a letter after the surgery was preformed and still no response. We are now going into litigation.

THIS WAS AN UNFORTUNATE SITUATION. WE TRIED TO WORK WITH THIS CLIENT TO REACH AN AGREEABLE SOLUTION BUT COULD NOT. SHE FILED A SMALL CLAIMS COURT CASE AGAINST US AND LOST. SHE IS AN EXTREMELY DIFFICULT, RUDE AND BRASH PERSON. WE ARE MUCH HAPPIER WITHOUT HER BUSINESS, AND WE WISH HER THE BEST.