With Angi since January 2011 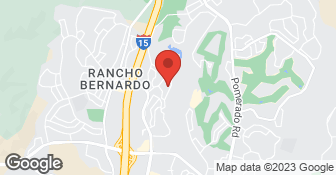 More than 20 years of professional experience with heating and air conditioning systems. You can be sure of my professionalism. I do not wind up the prices and do not think of various unnecessary services. Just what you need. Honest and professional customer relations Invite me to a free inspection. You will get the best service and best prices. Quality assurance 1 year warranty Best Regards, Reb Bustani...

Built on over 80 years of electrical contracting expertise and lead by 4 generations of Bakers, Baker Electric Home Energy has become a trusted partner for thousands of homeowners throughout Southern California. Since 2007 we’ve designed, engineered and installed over 13,000 residential solar systems and we have you to thank. During that time, many of you provided ideas and made requests for innovative solutions to manage and use the solar energy you produce every day. We listened and as a result of those requests we’ve expanded our portfolio of products to now include Heating & Air and Smart Home solutions. You’ve trusted us with your renewable energy and now we can show you how to manage and use that power to create an affordable, comfortable and convenient lifestyle. And to ensure you get only the best, we’re proudly offering products from companies like LG, Panasonic, SolarEdge, Curb, Tesla, Lutron, Nest, Google, Control4, Carrier, Lennox, and ActiveTek Environmental. Our sincere appreciation for your business. Your trust in our company, its people, products and services is more important than you know. Welcome to Baker Electric Home Energy!  …

Service, Quality, Comfort. Consistently delivering the best Service and Installation experience in San Diego since 1977. Log in to view what Angie's List Members are saying about us and get exclusive member discounts! Our estimates on a new installation or replacement are always Free! Our Certified Technicians service all brands of equipment. We have COVID-19 Protocols in place for your safety and ours! Friendly, Knowledgeable Staff is here to help! Flexible Financing OAC Available. Call Us Today!  …

The owner spent about 30-45 minutes troubleshooting my A/C system for a small leak. He pressurized the system to about 250psi, sprayed soap solution on a few areas of the main evaporator coil, and did not see any bubbles. He climbed into my attic, did not hear any obvious hissing from the condenser coil, then concluded that the leak was in my line set between the two coils. He was adamant that the leak was in the lines only, and quoted me $800 to replace the line and also to install a filter dryer because he was convinced that the R-22 refrigerant was contaminated with water due to the line leak. He was ready to begin the repair work immediately, but I wanted 2 other estimates first. Two other contractors used electronic leak detectors and immediately found several leaks in the main evaporator coil. They isolated the coil from the line set and did another test to confirm. I picked one contractor to replace the coil under its warranty, and he performed the work to my satisfaction in July 2010. I asked him to take several photos of the coil to show all the leaks. The vendor of the system (Payne) never complained that the returned coil was in working order, so I can only conclude it was the faulty part. Also, my air conditioning has worked perfectly for months since this work was finished. Finally, they performed a test and found no water contamination in the refrigerant. I called the owner of Ambient back to ask for a refund since his diagnosis was obviously faulty. I explained how the other contractor repaired the leak, and he claimed that it was incorrectly done. He would not refute the electronic test and refused to debate several points I made about why his methods were inaccurate. He refused to refund the service fee. He is adamant that his diagnosis was accurate, and threatened legal action because of my demand for a refund. I will never use this company again, and I warn anybody who wants to get a fair and accurate analysis on their A/C system from calling them!