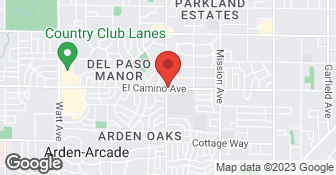 Dr. Andrea Joy Smith Family Dentistry creates World Class Smiles! When you visit our office, your comfort ,your smile and your health are our top priorities. Our entire team is dedicated to providing you with the personalized, gentle care that you deserve. Part of our commitment to serving our patients includes providing resources to help patients make informed decisions about their oral health needs....

She Messed Up My TEETH!! And my new dentist can verify it!! You want QUALITY work? GO TO SOMEONE, ANYONE, ELSE!!! I went to see Dr. Smith since she was so close to where I live. I needed some fillings done, however Dr. Smith and her staff convinced me that I could have a more beautiful smile by getting caps put on my front teeth. I already had 2 caps, but she said they were too dark and if I was going to cap the front 6 teeth, I might as well go as light as I wanted to. I could whiten the rest of my teeth later. HAH! She ground down the teeth that were to be capped so much (They looked like shaved down sticks, like vampire teeth), they soon became brittle and BROKE! Might be because she DIDN'T FILL THE CAPS ALL THE WAY WITH CEMENT, I don't know. The temporary she gave me was not filled completely either so food particles got in there and couldn't get out, causing a NASTY Infection. (I am a diabetic. I told Dr. Smith this and the issues that being a diabetic bring with dental work/care. She promised me that she'd take good care of me.) The temporary teeth came loose, fell off and there was such a Horrible Smell coming out of my mouth, I couldn't stand it. I had called SEVERAL times to tell them what was going on, finally they brought me in on a Saturday, cleaned it up some, but my mouth still felt horrible after I left. She kept telling me that once the teeth were capped, it would all get better. Suuuuuuuuure!!! Whatever! The last visit I had to her office, In September, I needed a filling replaced on a bottom molar. She tells me that it needed to be capped as well, but since i didn't have any benefits left on my insurance for that year, she said she would put a temporary on it and do the rest of the work at the beginning of the new year. She barely left enough of the tooth to cap and that temporary came off too!! I ended up having to get the tooth pulled because of this. When my new dentist saw the work that was done, all he could do was shake his head!! My husband had a cavity filled by Dr. Smith and has had nerve pain in that area ever since. His Pain is much worse than what the cavity had caused. Not only is the work under par, but they are insurance cheats too. They Billed one insurance to replace a cap, was paid, never did the work and then billed the new insurance FOR THE SAME CAP TO BE REPLACED. When I brought this up, Amanda, the receptionist, would tell me, we'll just apply what the old insurance paid to what is owed after the new insurance pays. SERIOUSLY?! No wonder dental and medical costs are so high. It has to pay for all the lawsuits these people cause that are downright Shady! I am currently in a legal battle over the 'bill' I 'owe' her. When I called the office and told them to Never contact me again and that I was going to file a complaint with the Dental Board of California (which I already did~ Phone Number is 877-729-7789 Website is www.dbc.ca.gov as well) they sent my bill to a collector. They can go right ahead because I am going to FIGHT this tooth and nail!! This kind of shady work is RIDICULOUS!! And all the people who just Love her?? They only care about their teeth being whiter. Don't go to her if you need a REAL dentist to do QUALITY work that will last longer than a few weeks!!

Description of Work
Dental work, She's one smooooth talker!! She can convince you of anything and deliver Nothing!

I like everything about Dr. Andrea Smith. She's professional, she works with you if you are experiencing pain because she'll make an adjustment, she listens to her patients very carefully. For a while money was tight so she was willing to do a different procedure so I could still have dental care which was great. Her staff are excellent and I like the quality of care Dr. Smith gives.

Description of Work
Dr. Andrea Smith is my dentist.

Description of Work
Cap and fantastic dentist and staff

Andrea Smith DDS is currently rated 3.7 overall out of 5.

No, Andrea Smith DDS does not offer eco-friendly accreditations.

No, Andrea Smith DDS does not offer a senior discount.