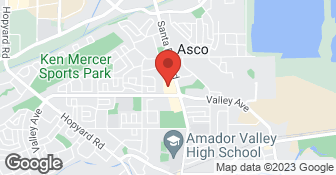 Beetle Power is a one man shop. Service and repair of Volkswagen and Imported cars....

I've gone to Tony at BP (also known as Beetle Power, though he works on other imports as well) through three cars and ten years and he has always been caring, fair and unfailingly competent. I have no idea what I will do when he eventually retires!

I've used Beetle Power in the past (it was recommended when I owned my previous VW). I had not been there in a while as my car was being serviced at the dealership under warranty until recently. After receiving a quote (from the dealership) of approx. $1200 to fix the CV boot and replace my rear shocks, I called Tony for another repair estimate, and was quoted less than half that. Upon dropping off the car, he told me he didn't think the shocks even needed to be done at this time, and within a few hours, my car was ready to pick up for less than $200 total. I don't think I'll ever return to the dealership. : )

Description of Work
CV Boot on a VW GTI