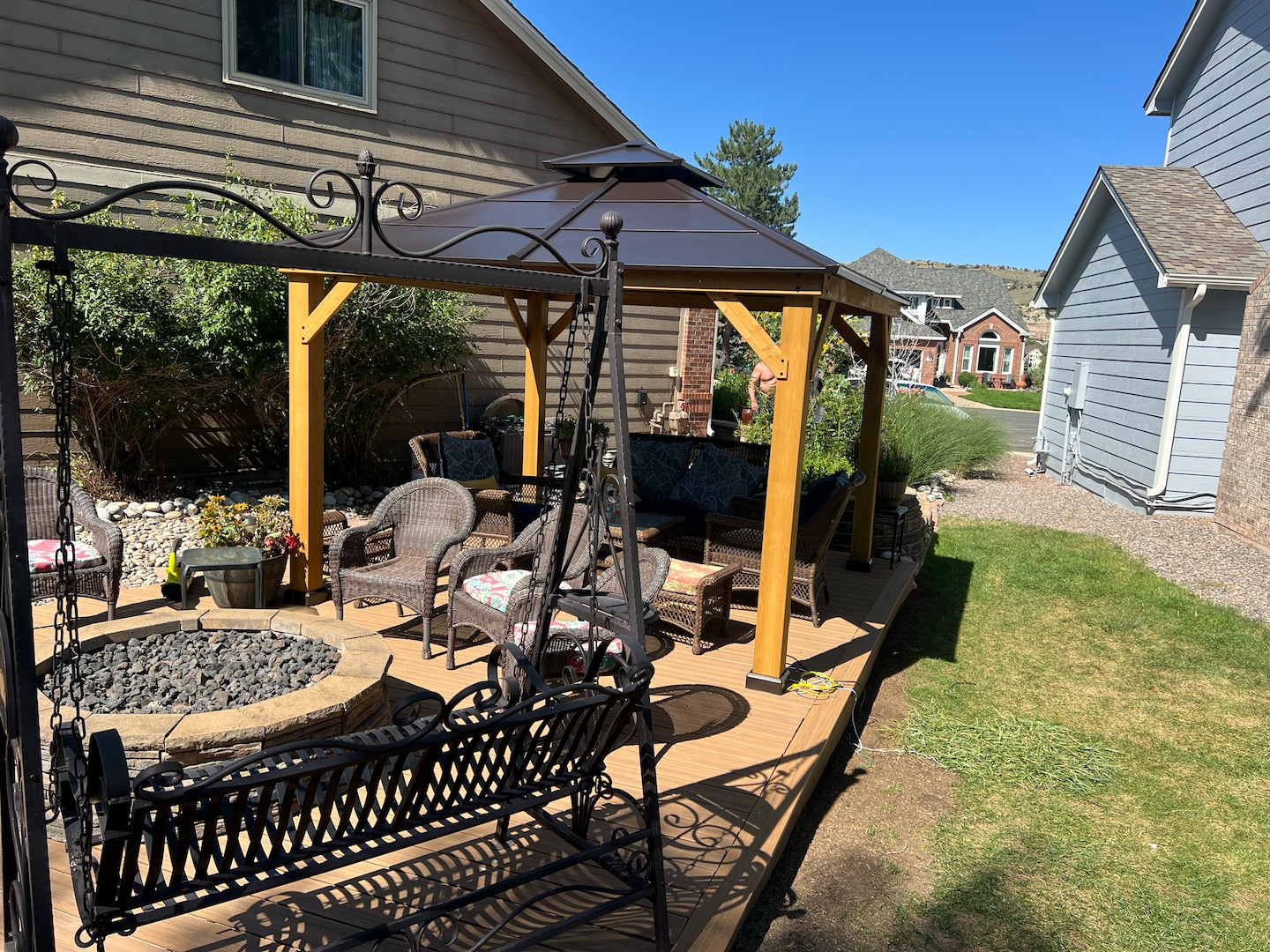 I am insured, and I offer competitive rates on handyman services. I guarantee my work. I am insured. Furniture assembly Tv mounting Appliance repair I offer Much more So please give me a call so I can provide you free advice on the next step on your project… :-) I look forward to hearing from you Awesome. Spoke with Kevin twice to setup the appointment and confirm details. He was always responsive. He showed up for the job on time, helped us with our furniture, was super efficient and friendly. We will definitely work with him again!!

Thanks for the feed back! I look forward to working with you in the future!
5.0

Star was on time, polite, did the work, and most importantly knew what he was doing. I highly recommend him for any services that he offers.

Star is a great communicator and listen to what I needed done. He completed the items and made great suggestions. His follow up after the completion was very thoughtful. I will use him again for certain!

Thanks for you feed back! I look forward to serving you in the future. :)
5.0

Star was easy very nice and easy to work with on this project. Would highly recommend his services.

Description of Work
Tore down and rebuilt poolshed

great Star is very well trained handy man. He did a very good job with all he was asked to do. Very polite and explained everything he did. I will call him again for my next project.

I was expecting a great job because I read past reviews. However, I was very disappointed with Star's belligerent attitude when I told him that I wanted him to finish the job before I would pay him. There is no excuse for this behavior. No customer should have to put up with this!

You agreed to a two hour minimum. HoweverYou refused to pay me after I completed your bollards, which was the initial task,. Since i didnt feel safe working on your swamp cooler. After I completed the work I could, you started to re-negotiate the price. You asked me to raise your swamp cooler when it was already touching your roof…. And the wood stand is rotting and not adjustable. I offered to build you a new one, and move it to a new window You said no. I told you i dodnt feel safe working with the current one. You refused to pay me until i shoved scrap wood under your swamp cooler. Even though i told you i didnt feel safe. The current setup was, and is unsafe. The swamp cooler could still blow over with a strong gust of wind…. The original request wast to raise the unit up, but I told you It was impossible because it was touching your roof already. You didn’t understand this concept and kept repeating your request. So I did the best I could by putting scrap wood up there…. I satisfied your demands, and your still here speaking bad about me today. I went against my discretions and completed your project, and your still here venting. I hope this makes you feel some sort of closure. Its a shame i cant leave a review on you :/ But keep in mind your work is guaranteed… (except for the swamp cooler botch job you demanded. If you don’t like what I did I could provide you a refund. Thanks for business, have a great day
5.0

I found star very pleasant and eager to help. I wanted him to remove center console between 2 laz-e-boy chairs. I thought it would take a long time . It only took s few mins so he helped me move furniture and resolve some decorating challenges. It was fun and i am happy with results.

It took a couple days longer than originally planned because of additional problems being uncovered but they were all handled beautifully. I am very excited about my new bathroom.

I enjoyed working with you and for you so much… ill see you soon, thanks for my dove :) it will fly with me for ever
5.0

Star was amazing. They were quick, resourceful, and did quality work. I will be hiring them for other jobs in the future.

Thank you soooo much for the opportunity, I look forward to serving you in the future
5.0

We were able to get a few more things done too.

It went very well, a little confusion over method of payment, but otherwise smooth.

No problem, glad we could get it sorted out for you. Happy I could help you out!
5.0

Was pleased with responsiveness and quality of work provided.

I can’t say enough about Star. He came through for me on a tight schedule and did outstanding work. He was very reasonably priced and I kept his number for future use. You will not be disappointed.

I had such a great time working with you, I value the positive feedback thanks
5.0

Great, Star ver informative explaining what he was going to do and advising how to care for afterwards

thanks for your feedback! im glad I could do my best for you!
5.0

Star did a great job adjusting my crooked doors. They’re much better than they were before and seal properly now. Very punctual and quick to respond, very friendly and kind.

it was awesome to meet you [Member Name Removed]! Please Let me know how I can help you going forward in the future!
5.0

I had a 75-foot wood fence replaced. My fence needed repair and Star came by within 24 hours to address the issue. Star immediately took care of the problem! Professional, timely and conscientious! Truly a company with high integrity which is a rarity these days. I highly recommend for any fencing need.

I appreciate the opportunity to serve your family
5.0

Very well. Thomas did an excellent job and I would hire him again.

It went really well Star did a great job!

It was a pleasure working with you… I look forward to serving your needs in the future! I love to be a part of anything art related. :-)
5.0

Description of Work
Everything went great! Star gave me different options for repairs, was quick to get to the job, and informed with what she was doing along the way. This was my first experience with hired help and she was great. Will definitely look her up in the future for future work.

it was a pleasure serving you, I look forward to serving you in the future
5.0

It was a pleasure to work on your lovely home! I look forward to serving you in the future for all of your home maintenance needs.👷🏽♀️🏚🍀🧰❣️
1.0

Washer got hooked up, but had to call a plummer after hours because the taps were leaking anyway when the plummer got here he told me that the taps were loose so he tightened them up and leaking stopped, the dryer vent she wrapped in gorilla duct tape she wanted to come back and reroute my whole vent system by cutting a hole in the side of my house. Which was going to cost me more money. So the dryer vent was left with gorilla tape around she told me not to run it while not home it could catch fire. I am a nice person and believe in giving people a chance but when my Brother in Law came over he told me that I had been taken and i know now that I have. Anyway its an expensive lesson learned