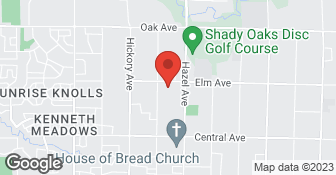 We here at Woo Brothers Electric Inc. pride ourselves on doing the right job for the right price. We are staffed with several certified electricians, and some have accomplished there Master Electrician certificate as well. We do everything from small repairs to large commercial buildings, with an additional focus on service work. In addition to our C-10 electrical license we are certified as general contractors so whether your project is big or small Woo Brothers Electric can do it all

Description of Work
Steve quickly repaired our external electrical outlet which separated from our house. He was very professional and friendly, and showed his experience in problem solving. I would definitely use and recommend Woo Brothers again.

We were interested in having two floor electrical outlets moved to the walls. Woo Brothers initially came to the property on July 8 and explained what the project would entail. It was much more complicated and expensive than we had anticipated. In looking at one of the existing outlets, the electrician told us that the outlet was broken (even though it had been working) and we agreed to let him remove it and cap the wires. He left with an agreement to call us with an estimate for moving the outlets. About a week later the office called with an estimate and I told the woman that we no longer wished to move the outlets but only wanted to replace in the current location the one outlet the electrician had removed on the first visit. We scheduled the work for July 22. On July 22, the electrician arrived and stated he had not realized the outlet was in the floor (even though he had seen and removed it) and he was unable to replace it then because he only had the standard outlet part and not the part needed for a floor outlet. We also told him at that time that we now needed to have the conduit around the two floor outlets trimmed down to be flush with the new floor we had installed since his first visit. He stated he did not have the tools needed to perform that work in his truck. He said he would order the outlet part immediately.. About a week later, I called and left a message inquiring about the status of the part order. Two days later a woman returned my call and scheduled the repair for Aug. 3. I told her that we needed a special order part and asked if the part had arrived. She assured me that it had. On Aug 3 the electrician called us at the time he was supposed to arrive with an estimate for the work and said the part had never even been ordered. He asked us if we wanted to continue to move forward and order the part now. We declined. Weeks of wasted time.

Description of Work
Changing florescent light to LED in the kitchen.

Was warmly greeted over the phone when I first called. They delivered services in a timely and professional manner. They communicated well. Their prices were reasonable.

Description of Work
Electrical outlets in kitchen and bath

Woo brothers was very easy to deal with. They showed up on time even giving me a call when they were 30 minutes away. The problems were diagnosed quickly & price was reasonable. I would hire them again in the future.

Josh came and fixed everything. This was covered under our Sears Home Warrantee plan.

Josh arrived on time and diagnosed our problem quickly. An outlet in the bathroom (GFC) had been tripped. His knowledge was invaluable. I appreciated the help in getting this done. We are senior citizens and he explained our problem and what to do next time if this happens again.

They put a box where it shouldn't have gone, why put a green access box on top of a. Smooth 90. I told them several things to do and I had to receive 3 phone calls asking what to do. They were supposed to run conduit from a sprinkler sensor that they were supposed to put on the south side of the house and they put it on the east side, they searched through my toolboxes and found speaker wire and used that instead. My 220 outlets were not secured properly, they didn't even bother to install the faceplates'. They bought outlets that were non gfi and installed them right next to where my koi pond is going when I already had the outlets available. Very friendly but crappie memory and poor service. I tried to get them out to fix their mistakes but I can't get a return call. I wish I hadn't asked my elderly mother, who just lost her best friend and husband of 40 years, to pay them while I was at work.

Description of Work
I asked for a few simple things, outlets being replaced, running wire. Etc

Woo Brothers are awesome. Would never think of using any one else. Great people to work with and their employees are very helpful.

Description of Work
Complete Redo of home/kitchen including demo

Extremely well. Work was done correctly. I’ve hired them several times to do electrical work on my home and my son’s home. Highly recommend this company.

I am in the trades (Electrical) and I am very appreciate of the professional caliber of work they do. They are extremely professional and personable. They were very respectful of my home while doing the work. They are great to work with. I will most definitely hire in the future and highly recommend.

Fine but not fast or cheap

Description of Work
Replaced some sockets and a dimmer switch

Description of Work
We used them for our home warranty systems.

They were prompt, professional and their technicians were knowledgeable and looked for ways to save us money. I would highly recommend them. Teir phone number was/is: (530) 889-9908.

Description of Work
We hired them in 2011 and 2012, initially to fix a wiring problem as they were one of the providers used by our Home Protection Plan. The other time, they installed a ceiling fan.

We were scheduled right away. We bought the LED part at Lowes ($45) and Woo Brothers did the installation for $99. We have used Woo Brothers many times in years past. They provide quality work, are professional and usually schedule an appointment within a few days, at the most 1-week out.

Description of Work
They set up the wiring for my Hot Tub and BBQ island. Super clean work.

They charged me $150.00 to come look at my fan. It's been a week and they haven't returned any of my calls or voice mails.

Description of Work
They came and looked at my fan.

I can't remember any specifics of the work performed. I can only say that every time we had them out, they were always prompt and professional. The one time they were unable to make the scheduled appointment, they called well in advance to advise us and showed up on time for the rescheduled visit. Their technicians were always very knowledgeable and were always looking for ways to save us money, whenever possible. I would highly recommend them.

Description of Work
They were one of the providers used by my Home Protection Plan. We have had them out several times to 2 different homes over the last 5 years. The most recent service was on our circuit breaker panel. One of the circuit breakers had shorted out.

The person who came out was really good. The charge is covered under warranty, so if there is any repair there is a standard fee. I thought he was very patient and was trying to detect the problem. He found out what was causing the problem. Two wires were touching each other and it shouldn't have been doing so. He was very knowledgeable about electrical. He was very professional. He was here when he said he would be here.

Description of Work
I used Woo Brothers Electric on December 21st 2010 for electrical work. I kept having an electrical shortage in my master bath and they fixed it.

SWIHART ENTERPRISES AND ELECTRICAL owner operated since 2003 with over 23 years experience design build new construction and remodel work lighting design when needed residential industrial and commercial also lots of retail. billing- we can do bid or t&m and price not to exceed we also are set up with pay pal financing ,we accept all credit cards through square,and checks prefer to be paid as we go for larger jobs progress payments works well.  …

Kane bros. Electric is a full service provider, we are located in the Roseville area! And happily satisfying customers in all of Northern California. With about 10 years in field experience. Residential Commercial Industrial Telecom Wind turbines Solar Maintenance/ service and more! We have done just about it all! But nothing is more important to us than the best costumer service and quality of craftsmanship.  …

Woo Brothers Electric is currently rated 4.5 overall out of 5.

No, Woo Brothers Electric does not offer free project estimates.

No, Woo Brothers Electric does not offer eco-friendly accreditations.

No, Woo Brothers Electric does not offer a senior discount.

Are there any services Woo Brothers Electric does not offer?