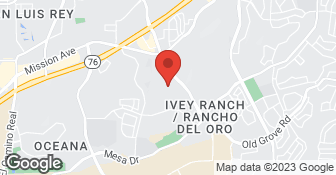 Backstage Rentals has provided sound system, DJ equipment, projector, and pro audio rentals for hundreds of events all over San Diego and Orange County. From weddings and parties to fundraisers and corporate events, we can accommodate all of your audio needs. Some of our services include: iPod, laptop, and CD "Do-it-Yourself" (DIY) DJ equipment rentals, self-powered sound systems for outdoor events, audio services for announcements and background music, PA and backline gear for musicians and bands, and projector and screen rentals. Service includes delivery, set, and strike...we come to you! For additional information and services, please visit us at www.backstagerentals.com or call 760-576-4421....

I needed to rent a screen, DVD player, speakers and microphone to play a still/video montage at the end of my father in law's funeral in a very dark, stone church in Santa Ana. Jerry Sanden came to the rescue with all the right suggestions. He contacted the funeral home to set up the equipment 1.5 hours before the service, played a few seconds of the DVD to align the screen and then adjusted the sound. He also brought a microphone and speakers to the service so the many eulogies could be clearly heard. He used a 100" pull up screen, 3000 lumen projector, JBL speakers on stands, channel mixer and other equipment. I was very appreciative of the the movie like quality of the commercial grade projector; and screen which was easily visible throughout the church. It looked like a very large and expensive television. Jerry was very professional, followed up every call, and even reached the church before I did. I couldn't ask for better service and would give him an entire page of happiness.

How is Backstage Rentals overall rated?

Backstage Rentals is currently rated 5 overall out of 5.

What days are Backstage Rentals open?

No, Backstage Rentals does not offer eco-friendly accreditations.

No, Backstage Rentals does not offer a senior discount.

Are warranties offered by Backstage Rentals?

No, Backstage Rentals does not offer warranties.

What services does Backstage Rentals offer?

Are there any services Backstage Rentals does not offer?